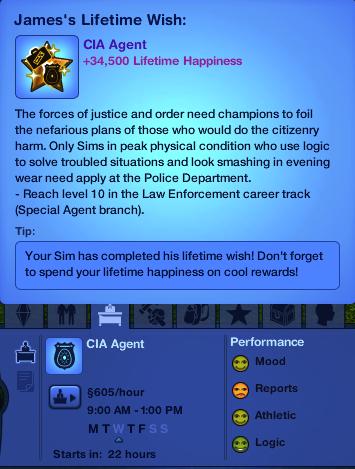 10,702 Downloads 342 Thanks  Thanks 42 Favourited 88,404 Views
Created by elmenhorster
View all Downloads
Uploaded: 13th Mar 2010 at 12:23 AM
Updated: 6th Mar 2010 at 8:17 AM
I know lots of people got bored quickly of default job titles so me too. I made it more colorful and a bit more realistic it is intended for older than teenager players of this game. I wanted to make feel comfortable in game not only with job level 9 or 10 which title is cool, but with some lower levels. As you can see they are all unique and has it's flavor. No matter what level, you can feel important now

Note: Do not use this mod with any other career mods as it may not work.
Other Information

This mod is a custom career. This means that you will need the NRaas Careers mod installed in order to use the download in your game.
Archive: Different_Job_Titles.rar