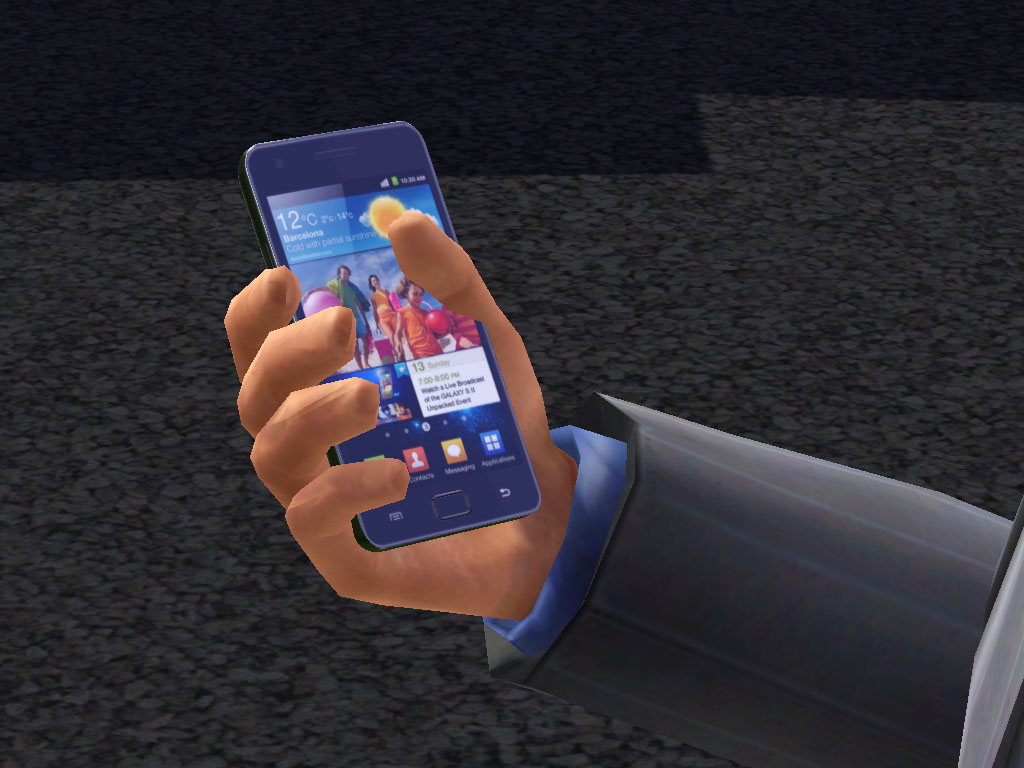 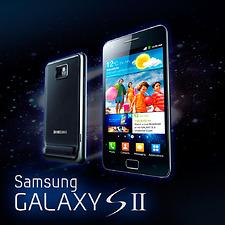 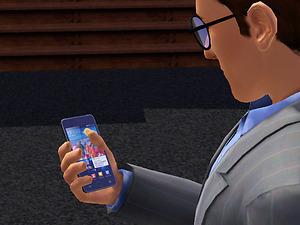 The Samsung Galaxy S II (GT-I9100) is a smartphone running under the Android operating system that was announced by Samsung on February 13, 2011 at the Mobile World Congress. It is the successor to the Samsung Galaxy S, with a different appearance and significantly improved hardware. It was one of the slimmest phones of its time, and boasts a 1.2Ghz dual-core processor.

Phone works with 1.26x and later, as well as the Pets expansion. Users with earlier builds should either upgrade, or if you have the lulz to do so, package the phone using the provided source files.

Oh, and like in my other phone mods, this will replace the default phone with the one provided; you may need to delete or disable any other phone mods in your packages folder to avoid any conflicts.

To install, simply paste the package file to your Packages directory, which can be found on Documents\Electronic Arts\The Sims 3\Mods\.

Original model for GTA IV courtesy of Wapeddell.
Converted to TS3 by blakegriplingph

Additional Credits:
Special thanks to Wapeddell for allowing me to port his Galaxy S II model to TS3, and to Cryssi and some of my other dudes at GTAForums and American Girl Playthings.

Not much to say, but I mod games as a hobby for more than three years and counting, and I'm also an occasional parodist and a pop culture critic. I first started modding back in my high school days, when I got myself a copy of the original Sims game, as well as a rather obscure Harley-Davidson racing game that used Targas for textures. I don't know how to make 3D models at that time, so I made do with some texture edits with billboards and various other assets.

It was in 2007 when I fell in love with the Grand Theft Auto series - the games were known for being highly customisable, so I decided to join in the scene and learn the ropes of GTA editing; this was when I made friends with several veteran modders. This also paved the way for some more modding adventures, which got me more into making mods for TS2 and eventually TS3.

TERMS OF USE:
Feel free to redistribute and/or modify my works, but please credit me whenever possible. You may post them at The Exchange, but I strongly advise that you upload them somewhere else.