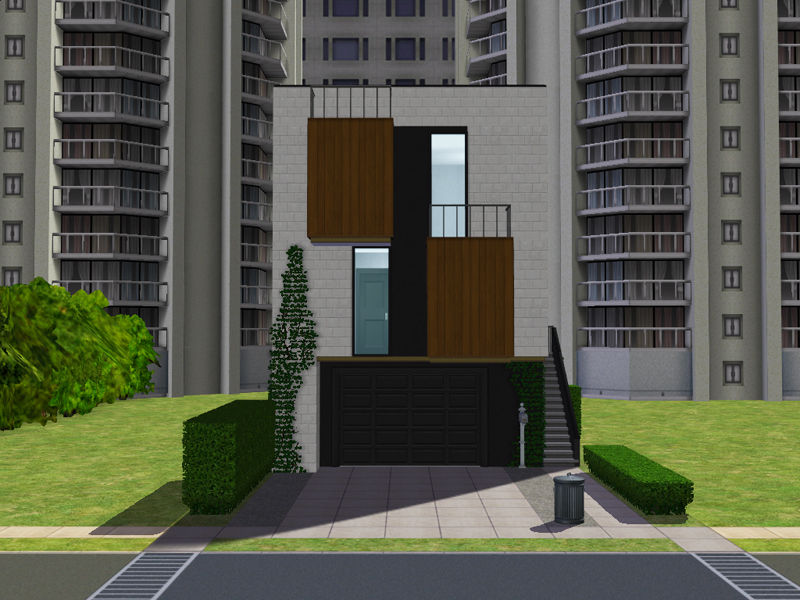 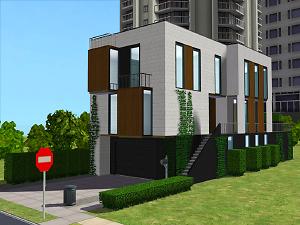 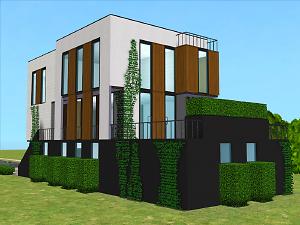 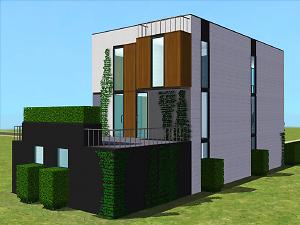 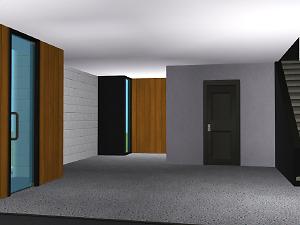 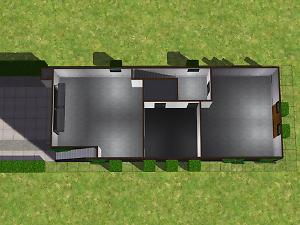 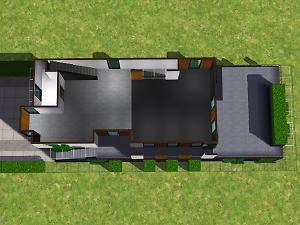 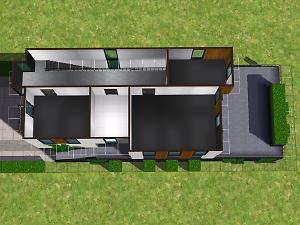 My love for small lots has reached some brand new levels recently so I've decided to share one of my houses with you. Even though the lot is tiny, the house turned out to be quite massive, mostly because I gave up on any garden (though the terrace substituces it nicely). Four sims (2+2 family) can live here comfortably, but the floorplan can be easily adjusted to accommodate more. There is a lot of concrete, brick and other raw materials both inside and outside the house. Wood on the walls (which reminds me so much of the 70's style) warms everything up and makes the place more homely, though the space still remains quite tricky to decorate. There is not much CC, only some small pieces that you probably already have

Additional Credits:
The lot has been resized with LotAdjuster by Mootilda/MTS