Late to Bed with Felicity Maynard 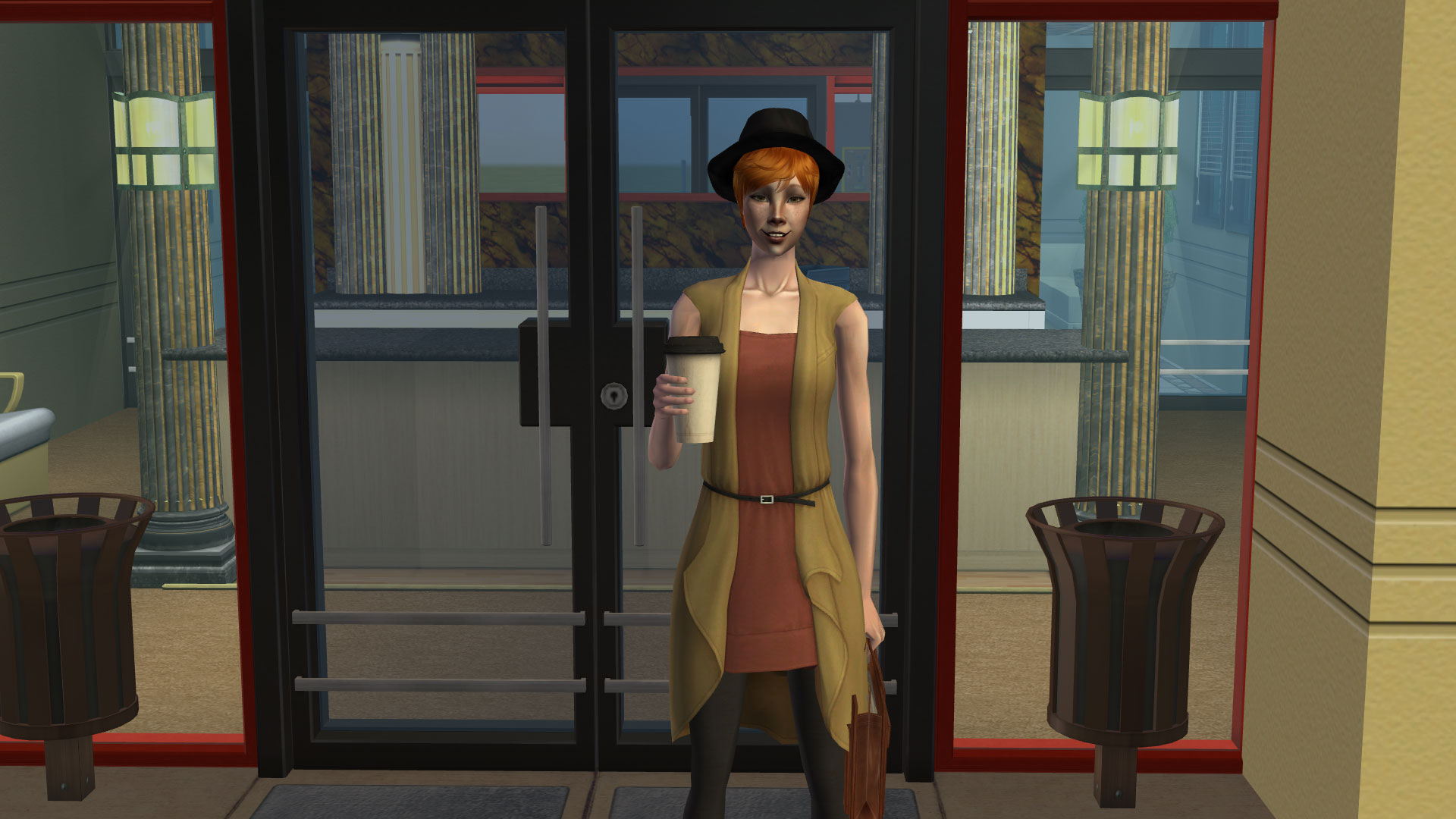 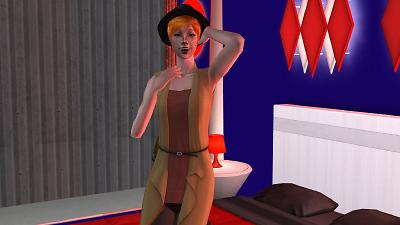 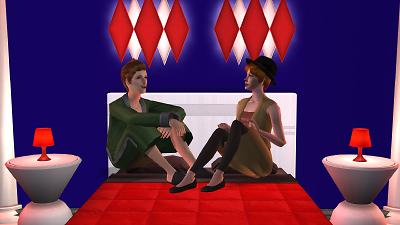 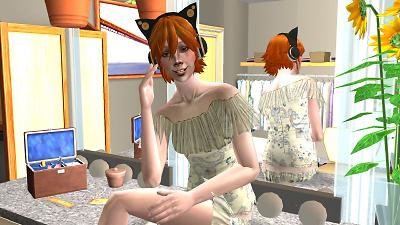 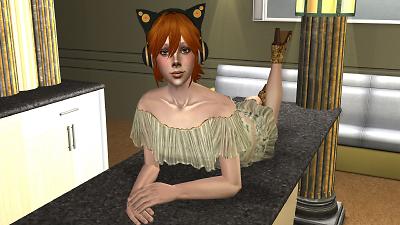 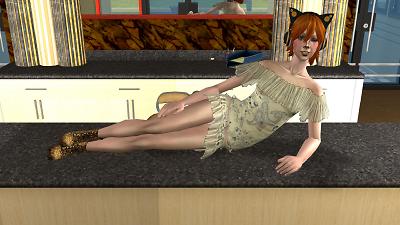 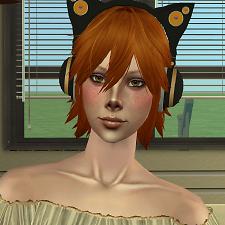 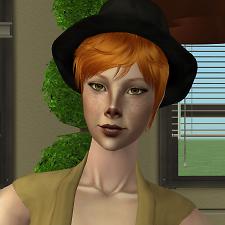 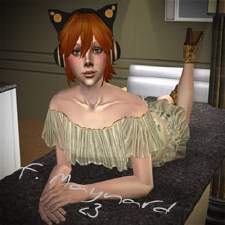 30 Thanks  Thanks     4 Favourited
Felicity Maynard: Uncovered

If you ever watched SBN, her name will surely ring a bell. Felicity Maynard, heiress of Alec Laffin, who single-handedly reigned the late night broadcasting before the foxy redhead came and shook it up, glueing thousands of pairs of eyes to the blue screen. What's behind the pretty face though?

It might sound surprising, but Felicity's television career almost ended in a dead end right from the beginning. She was lucky to fill a newsroom technician position straight after graduation from La Fiesta Tech, but the menial job and same tasks day after day bored her to no end. Meanwhile she was known as a darling of the production floor, with her wit, unmistakable flair for news, and sense of humor. Since college times, Felicity has also been runing a fashion blog, never shy to show herself off while modeling the latest fashion trends - her cute face and a fair portion of self-irony in the photos she was taking drawing a fair few followers. Her style and looks could turn a few heads while she walked the halls to the SBN newsroom.

“Hey, you can’t let that talent of yours rot behind the scenes forever, can you? Go snatch some of Susan Skye’s fan base. She’s so miss prim and proper. Half the audience is already bored of her!”

Who knew a random lunchtime conversation could burst into perhaps the most popular late night show ever aired on the channel? “Late to Bed with Felicity Maynard” kicked off with an unexpected success; the “pillow talk show,” as the soon-to-be host briefly outlined it, became a hot discussion topic and drew viewers to the screens, because, seriously, where else would you see guests in loungewear instead of designer dresses and tight suits lounging on a podium bed instead of sitting on a sofa? Of course, Felicity wanted to wear pajamas on set too, but the outfits she usually chose made it quite difficult for the crew to concentrate. She had to revert to more conservative styles

Even with her TV success, her blog still played an important part of her life, and she continued working on it, accumulating more followers, since her face was getting more and more recognised around the media. Always the one to try on daring looks, she never ceased to surprise.

One night, a photo taken for her blog, with Felicity reclining on the SBN front desk, almost cost her her career when her bosses saw it. As soon as the rumors of her possible firing spread, fans collected thousands of signatures on the petition to let their beloved host stay. She promised to be more careful with choosing the location for her next photo shoots, and the incident was forgotten. In fact, it even ended up beneficial for SBN since the channel was in the centre of attention for some time after the initial rumors settled down.

With charming looks and sharp wit, Maynard was never short of admirers. Always a seeker for romance, it is believed that even Sims like young Mortimer Goth and Malcolm Landgraab IV vied for her affections. She’s the only one who knows for sure though…

Catch up with the latest celebrity gossip, spiced up with a good dose of Felicity's brand humour at 10 pm on Sims Broadcasting Network!

The Sim you get, however, is Felicity at her very begining and you are the master of her future - will she conquer even more hearts? Will she move on to a modeling career? Will she retire and settle down with family and children? Whoever she ends up to be in your game, I hope you won't be disappointed by her looks. It's totally up to you what impact her charm would have on your sims :D

Thanks to Zarathustra for his really wonderful Sims Broadcasting Studio that inspired a backstory behind Felicity's pretty face.

I couldn't decide how I like Felicity better, so I'm offering you two looks: the SBN Host and the Fashion blogger. 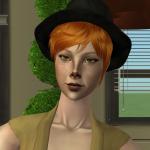 Everything you need to see Felicity in her on-set look is included in the sims2pack thanks to the creator's policies! Yay! 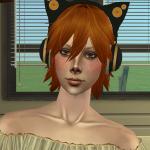 To have Felicity wear those cool headphones to top off the trendy look, grab the mesh here at Garden of Shadows. If you don't like them, though, just tick off the "3t2 OBP Axent Headphones - Mel" package while installing the sim and you'll be good to go

Everything else is included in the package!

Enjoy a new lady in your hood!

Additional Credits:
Create chat folks, especially Cypher aka SpellBinder, Buckley and Delphy, for feedback on the sim and helping me polish her story to perfection ^^
Zarathustra, for inspiration on Felicity's story and a wonderful lot to use as a picture-taking set.
Delphy, once again, for making a place to learn and share our creations. =) 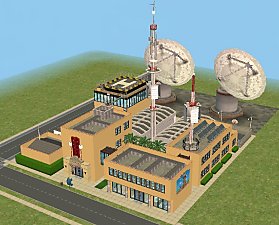