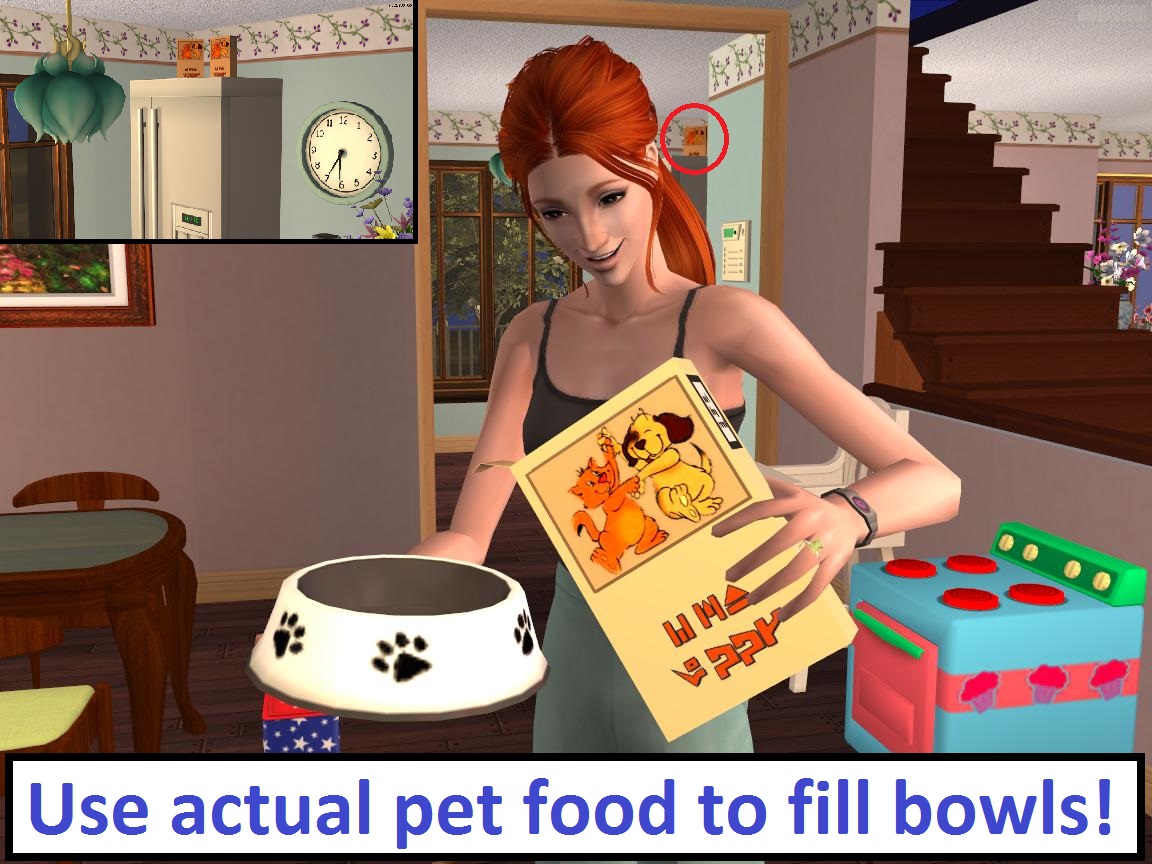 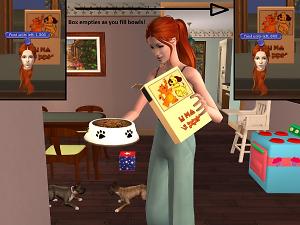 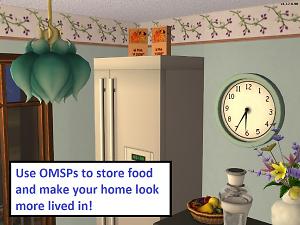 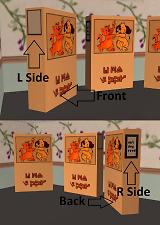 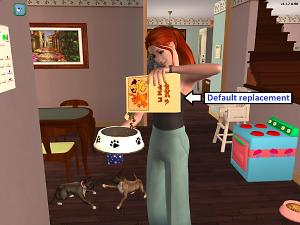 162 Thanks  Thanks     56 Favourited
Picked Upload! This is a picked upload! It showcases some of the best talent and creativity available on MTS and in the community.
Has it ever bothered you that Sims pull pet food out of their rear to fill up their furry friends food bowls? Then look no further, because I'm here to guarantee no cat or dog has to eat butt-food ever again!

This is a global mod that overwrites the refill bowl code and makes it pull it's food from a food box object rather than the box Sims pull out of thin air. The animation is unchanged, Sims will still appear to pull a box out of thin air and fill the box from it. But in reality they went and filled that box with food from the real food box, when you weren't looking. Those sneaky Sims! So with this mod your pets get to eat the finest food in all the land, guaranteed butt-free! And your Sims actually have to buy food in order to take care of their pets, no more conjuring it out from nowhere.

How does it work?
This mod consists of two parts. A global mod, and a pet food box object. Both are required for this to work. There's also an optional default replacement texture for the original food box.

Global mod
With this mod, Sims can only fill bowls if there is pet food present on the lot. If there is none present, the interaction will not appear, so if you are looking at an empty bowl and no interaction you need to buy a food box. I did debate making it so that they would pay to fill if no food box is present, but because of how the interaction is coded doing so would be a lot more work so I decided to do it like this for now and if lots of people hate it revisit it later on. Because of this limitation I have made two versions, one that is the same for all lots, and one that uses maxis code on community lots. The box has to be present on the lot, it can't be in inventory. So in order to fill a bowl on a community lot with the all lots version you have to have something that enables buy mode so you can either buy a box, or take one out of inventory that you put in earlier. If you use the community lot version it'll just charge 10 simoleons as usual if it's a community lot. If you have a lot of pet bowls on community lots I would get the SkipCommunity version so you don't have to think about boxes there.

Additionally, with this mod your Sims will no longer waste money over-filling bowls. In an unmodded game refilling bowl always costs 10 simoleons, even if there is still some food left. With this mod, Sims will only fill it back up to full. If the pet food object on the lot does not contain enough food to fill the bowl up entirely, it will fill it with whatever is left and let you know you need to buy more. The price of the box is set to match the cost of maxis food, so if anything this mod will save your Sims cash. Feel free to increase the price of the box yourself if you'd rather have it more expensive

Should affect custom bowls as well, but it depends on how they were made. If the creator of the custom bowl made it a stand-alone, it won't recognize this mod. But should work on most of them

Two versions: Both do the same thing, but the SkipCommunity version ignores the edited code on community lots and uses maxis code instead so that Sims pay 10 simoleons to fill the bowl. Only use one!

KNOWN ISSUE: The animation of filling bowl makes it look full, regardless of how much food it's filled with. I tried to fix this but it's stubborn and won't have it. The appearance of the bowl will correct itself once a pet eats from it, so it's only temporary.

Pet food box
This functional food object can be found in general -> pets, and costs 50 simoleons. It is based on the original pet food box, but modified slightly and with a new texture. It's 16 poly, which is less than the original. It's called Butt-free Pet Food, and it contains 1000 food units. A bowl holds 200 units of food, so one box will cover 5 full refills. If you click on the box, there's a pie menu option that will tell you how much food is left.

At the moment this mod only recognizes this particular box of food. Creators are very welcome to clone my object and change it's appearance, and contact me with the new guid and I will update mod to look for their object as well. Here's hoping it inspires a whole bunch of pretty pet food containers, so we can build more fun ofb pet stores

I would have loved to include the ones by retailsims, but her policy does not allow it.

The quantity of food in the box is controlled via a BCON called Tuning Food Units. If you'd like the box to hold more or less food, you can easily change the value in the BCON and all boxes bought after the edit will have the new number. Editing it does not affect previously purchased boxes.

Default replacement
I have made an optional default replacement texture that makes the box the Sims pull out look like the functional box. It's not required for the mod, just thought some might want them to match, so I made one. The pictures of Sim filling the bowl are taken with the default replacement. If you don't have it, the box will look as it's always looked.

Compatibility
Requires Pets. Compatible with all expansions beyond pets.

Conflicts
None that I know of. May conflict with mods that alter the pet food dish semi global group. Will conflict with mods that alter the fill pet bowl interaction. HCDU will find problematic conflicts, but it will not find text conflicts so if you get a weird message when the empty box dialog comes up then you have a text conflict that HCDU can't detect.

Policy
Please do not modify or share the global mod anywhere. But you are very welcome to clone the food box object and make your own, and when I have time I will update the mod to look for your object as well

Credits
gdayars who taught me how to mesh, enabling me to make simple mesh edits like this one
NixNivis who once upon a long time ago helped me understand attributes, which opened up all kinds of new creator doors for me
justJones who taught me to alpha map
EA for the original mesh that I modified slightly
Franzilla for the simlish fonts used, found here and here
Berkshire Humane Society for the picture of dancing cat and dog, found here