Be a Vampire Hunter 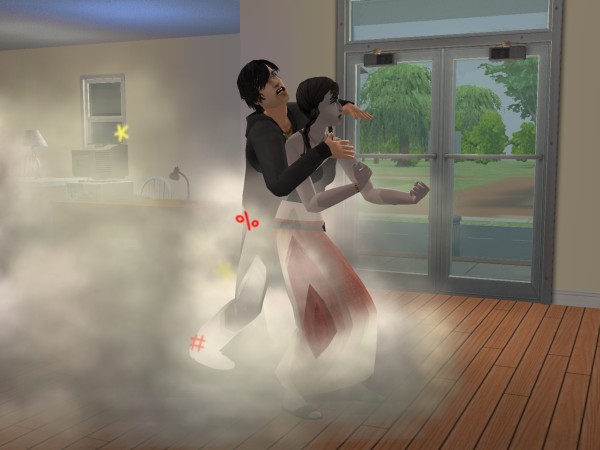 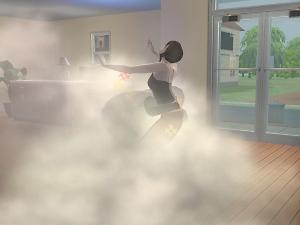 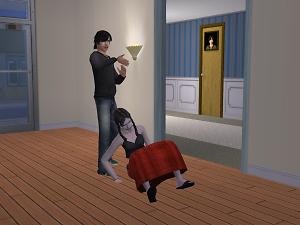 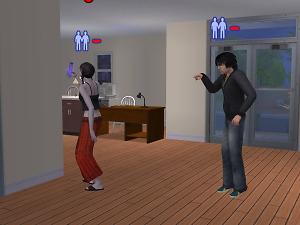 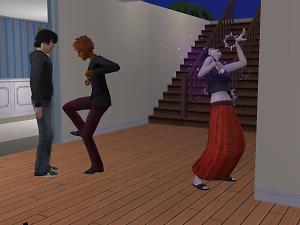 UPDATE 1: This update changes the mod quite a bit, so I will be leaving the original version up for download as well. I highly recommend you get UPDATE 1, because it adds a lot to the mod. Here is UPDATE 1:
- Sims can now autonomously perform the Slay interaction.
- If you lose the Slay interaction, there is a small chance the vampire will bite you and turn you into a vampire. The chance mostly depends on how Nice the vampire is, but the chance is also increased a bit if the vampire you are trying to slay is a Grand Vampire.
- Grand Vampires are quite a bit more difficult to slay now. Werewolf vampire slayers get a bonus, but they need to be in their Werewolf form.
- There are no text notifications any more.
- UPDATE 1 modifies the Bite Neck interaction. Now, you don't need a high relationship in order to be able to bite a sim. Before, you needed to have at least 40 STR to be able to bite a sim, and whether you were successful would depend on the target sim's logic skill. In an unmodded game, you need like 90 STR to be able to successfully bite a sim who has high logic, and the STR requirement decreases the lower the target sim's logic is. This is truly stupid. I have changed this to be chance-based. Now, whenever you perform the Bite Neck interaction on someone, whether you are successful depends on the following formula:
Target'sSTR/2 + Vampire'sCharisma/20 - Target'sLogic/20
Additionally, +15 is added if the target is a Knowledge sim, +50 is added if the vampire is a Grand Vampire, and -50 is subtracted if the target is a Werewolf (they don't need to be in their Werewolf form). This is a percentage chance. Whenever a vampire performs the Bite Neck interaction, the vampire's energy is decreased by -35, so that you cannot spam the interaction. Vampires need at least -40 Energy to be able to bite a sim. If the Bite Neck interaction is successful, then the target's energy is also decreased by -35, and the vampire's hunger is maxed. Vampires will only autonomously perform the Bite Neck interaction on Townies. I am talking about the standard Bite Neck interaction. I am not talking about how a vampire may bite your sim if you lose the Slay interaction, that is separate and vampires can bite any vampire slayer who loses the Slay interaction.

I was bored, so I made this mod. In Sims 4 Vampires, you can perform the "Slay" interaction on vampires if you have a cure potion in your inventory. I wanted that same gameplay in Sims 2, so here it is.

When the sim performs this interaction, if they win, the vampire will drink the cure potion and become normal again. The potion will be taken from the initiator's inventory. So, if the sim wins, and they had two potions in their inventory, there will be one left, and so on. Also, It is a bit more difficult to win this fight than the regular "Fight" interaction, because the vampire's supernatural power is at stake.

Note: This mod only has English text. So, "Slay" and some additional text that the mod has are all in English, because that's the only language I know out of the languages that Sims 2 officially supports. If you play the game in another language, you will have to translate them.

Compatibility: I can only guarantee that the mod will work if you have all EPs, because that's what I have.

You need the latest version of 7zip or WinRAR to unrar this mod.

Type:
Social Mods: Social Interaction Mods (things that change how sims interact with each other)