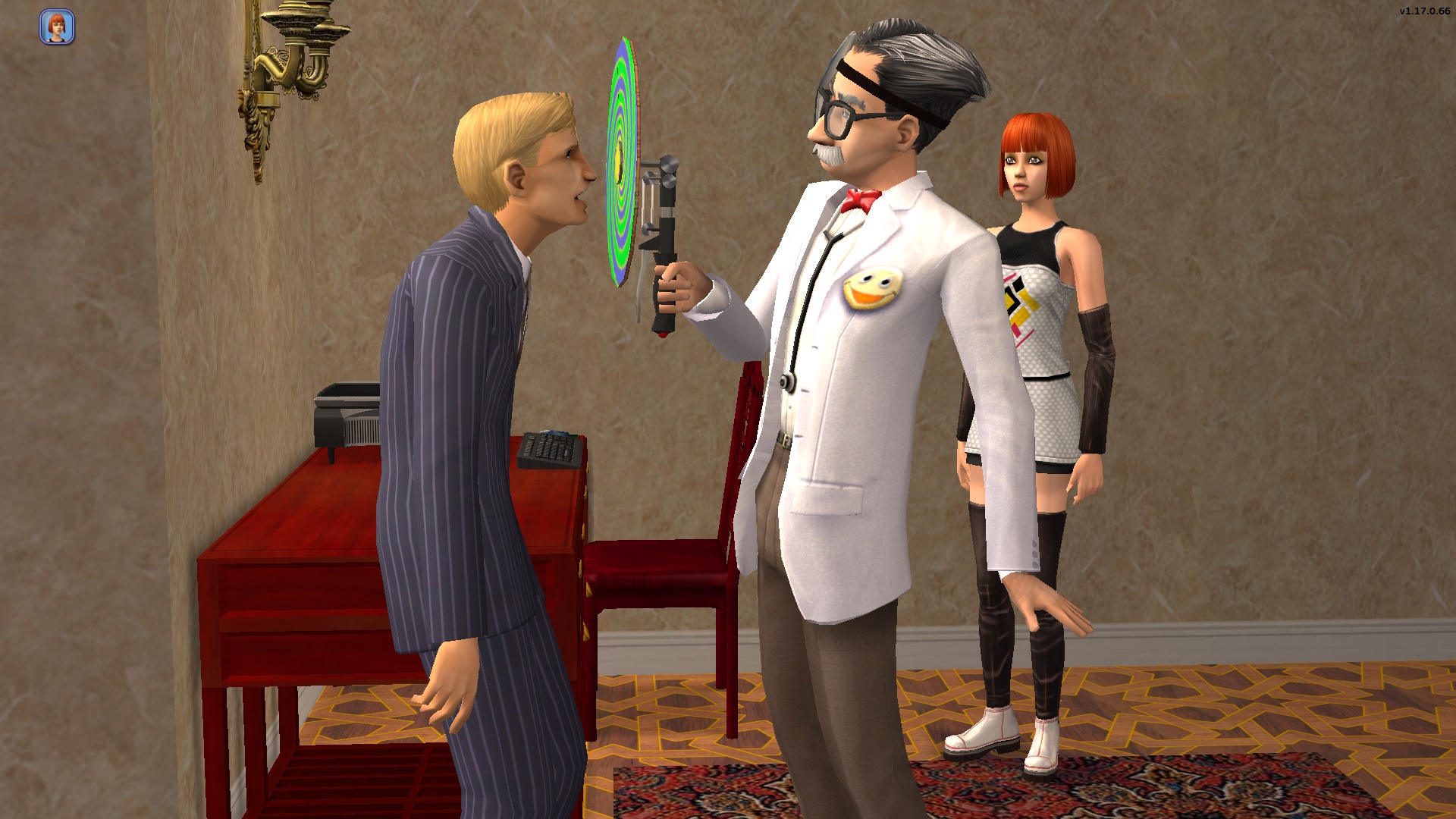 Created by simler90
View Policy / About Me View all Downloads
Uploaded: 16th Apr 2019 at 7:29 PM
Updated: 20th Jun 2021 at 7:05 PM
Aspiration Failure Mod: Aspiration failure refers to sims hitting rock-bottom aspiration and the appearance of the therapist. Going into aspiration failure means nothing in the Sims 2, it's just a few animations. In fact, the game even rewards the sim by increasing their aspiration a bit. None of this makes sense to me. I think that there should be a consequence for reaching the lowest aspiration possible. So, I came up with this mod which does something very simple, but affects the game quite a bit.

LTA Update Mod: The game increases or decreases the sim's Long Term Aspiration bar every hour depending on their current Short Term Aspiration bar. The only check the game has for this is to see if the sim is part of the currently controlled family. This means that the game modifies the sim's LTA even if the sim is asleep or off-lot. This should not be allowed, because the game doesn't decay the sim's STA if the sim is asleep or off-lot. This is one of the main reasons why sims achieve full LTA and attain permanent platinum STA and mood so quickly in this game. This mod fixes this and only allows the game to modify the sim's LTA if they are awake and on-lot.

Want Check Tree Fixes: This mod fixes a large number of oversights with wants and fears.
- The game can't recognize the Apartment Life elevator for want/fear purposes. This has been fixed.
- The game can't recognize the Freetime DJ booth for want/fear purposes, and the game also allows sims to roll the Work as the DJ want on apartment, dorm and fraternity lots. These have been fixed.
- The game can't recognize the remote-control car and helicopter that came with Freetime for want/fear purposes. This has been fixed.
- The game can only recognize one of the exercise machines for want/fear purposes. This mod makes it so that all exercise machines are recognized. Treadmills and exercise bikes are not recognized, because Maxis didn't add want satisfaction code to those objects.
- The mod also makes the game recognize the Pet Stories conversion exercise machine, the Life Stories conversion Game Development career reward video game console and the Pet Stories conversion one-tile karaoke machine for want/fear purposes, if you have them.
- The game considers the Walk To Lot interaction as a vehicle, and allows sims to roll Woohoo in Car wants/fears even if they travelled on foot, which is an oversight on Maxis' part. This has been fixed. The game will only allow sims to roll these wants/fears if there truly is an ownable vehicle on the lot.
- The game only recognizes some of the Maxis stereos when considering whether sims should be allowed to roll Smustle wants. The game can now recognize all stereos and also DJ booths.
- The game allows sims to roll sim-to-sim Be Friends/BFs/BFFs wants towards pets, which should not be allowed, because there are separate Pet Friend/BF sim-to-pet wants. This has been fixed.
UPDATE 1: I just found out that sims cannot receive Repair Object wants if there are no broken stereos on the lot. This update fixes this, and now sims can receive Repair Object wants properly. Do not forget that these wants are GUID based, and the particular type of object the sim wants to repair will be the icon of the want. Such a want can only be satisfied if the sim repairs an object which has the same GUID as the object seen in the icon. Also, sims are much more likely to roll repair wants if they have at least some Tinkering enthusiasm, otherwise the want seems to be rare.
UPDATE 2: I found out that when the game determines whether Sim A is eligible to roll the want "Fall in Love with Sim B", the game prevents the sim from doing so if Sim A has a crush towards Sim B. Basically, the game's want/fear code considers crush as love. This causes Sim A to quickly reroll their "Fall in Love with Sim B" want if Sim A gets a crush towards Sim B, unless you lock the want. It also causes Sim A to roll the fear "Fall Out of Love with Sim B" even if Sim A only has a crush towards Sim B, without love. This update fixes these issues.