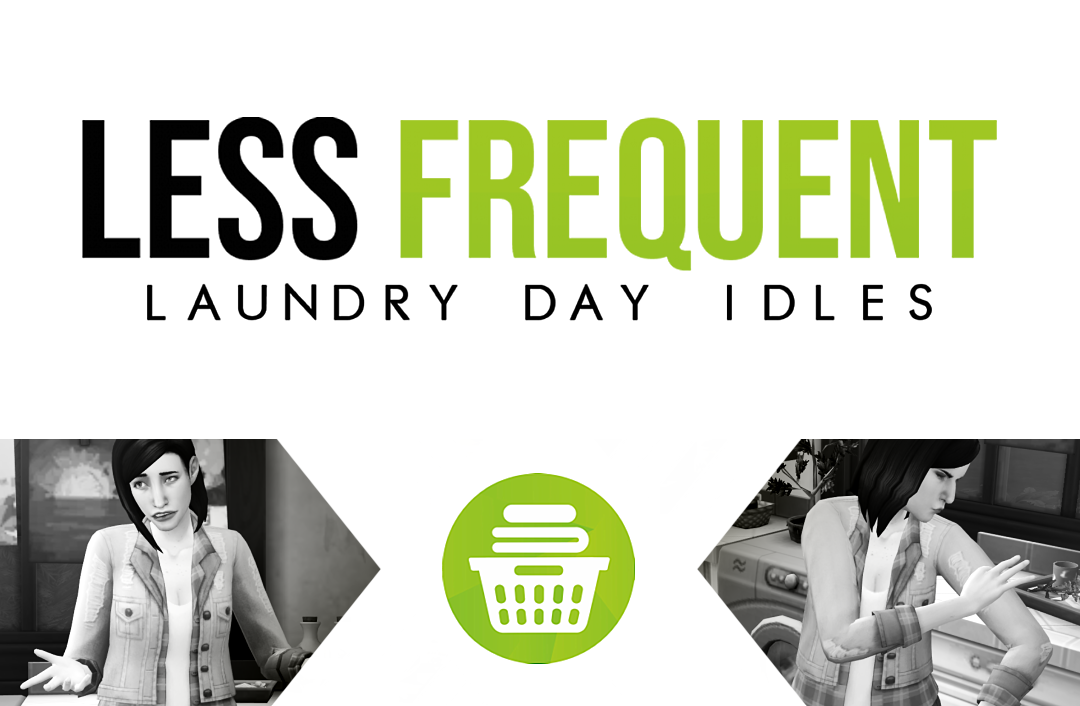 96 Thanks  Thanks     27 Favourited
**UPDATE 4/19/18**
Made a minor tweak, slightly increased the time before an idle would potentially start instead of it being instantaneous.

**UPDATE 4/17/18**
Alright so silly me didn't realize that the idles only trigger when a laundry buff is present, like whether it's Dry, Soaked, Filthy, etc. Those buffs last 4 sim hours, aka 240 seconds. When I set Version 1 between 300 and 480 seconds, the idles were never actually allowed to happen because the buff would've timed out and been long gone! I guess when I was testing I didn't realize how frequently I did laundry in my game, and just thought it naturally happened once you had the pack. ;; Well after re-working the files I decided to take a slightly different approach, while also adding in a few more available versions.

I love the Laundry Day pack, however I was annoyed with how often my sims would brush / pick off the lint on their clothing!
After a while I finally became sick of it, hence this mod was born.

EA's default time in which sims perform the "brush off" idles occur between every 20 to 100 seconds. This short amount of time allows a chance role, creating the possibility of you seeing the same animation play 2+ times within the clothing/laundry's buff duration. Thats.. a bit excessive.

I was indecisive on how much I wanted to change it, so I landed on the following four versions.
(( Only pick one please! ))

** Keep in mind, the initiation time will be at random throughout the duration of the laundry buff. **
It could happen right when your sim receives the moodlet, right when it's fading away, or anytime in between.

Removing the idles entirely seemed like a waste of a feature to be honest, so there's no version to remove them all together.
If you really really really don't want to see the animations however, then I suggest going with Version 4.

Conflicts:
- Anything that alters the following xmls

/// My apologies for not catching my error before uploading. Hopefully there won't be any further issues! \\\

Need more information?
Back to download view
13 Comments / Replies (Who?)