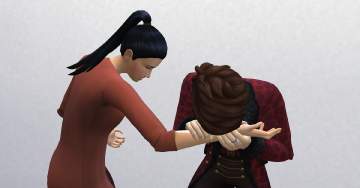 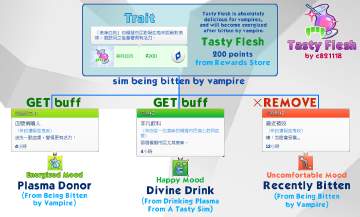 Introduction
I thought it was interesting that vampire get Divine Drink randomly, so I tried to understand how it works.
I made mods about vampire could always get Divine Drink. One is a simple small mod, and the other one include a custom trait of special features.

What Features about "Tasty Flesh"?


Translations
French by Galahad_C
Polski by Damessa7
English and Chinese: me

If you want to translate this mod, please download language.zip, this file only include language script.
After you done translated, sent me the file or attachment file in Advanced mode on Comments page, file format could be *.package, *.stbl or *.binary.


Only choose one mod.