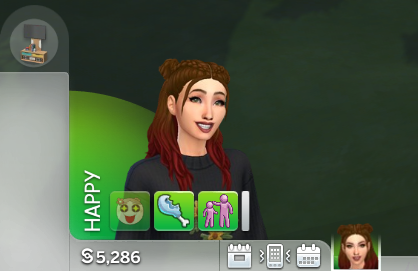 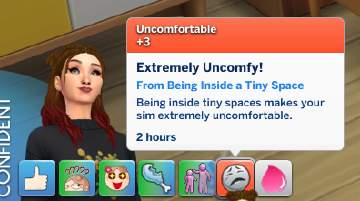 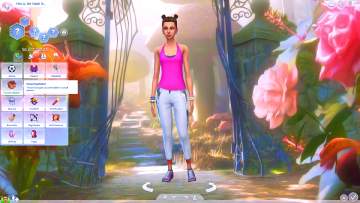 *You MUST have Tiny Living Stuff Pack for this to work properly! You must also allow Script Mods in your game as there is some custom script that allows this trait to function as it should.*

Credit:
A HUGE thank you to kutto for helping me get this trait to remove the Tiny Living buff and bonuses! He also created an injector if you want to have this in game but don't have Tiny Living Stuff Pack. It doesn't do much but it allows it's use.

This trait gives your Sim Claustrophobia. It completely removes the bonuses from living in a Tiny Home and actually gives them negative buffs for living in one! When the Sim leaves the lot the negative buff will go away so your Sim can function as normal on other lots.

All skills take 50% longer to increase

Conflicts:
Shouldn't conflict with anything in the base games and expansions that I am aware of, but if something does crop up let me know in the comments section. I can't guarantee other mods won't cause some conflict if they affect the same bonuses or buffs for Tiny Living, so use cautiously if you have any mods that would affect the Tiny Living buff.