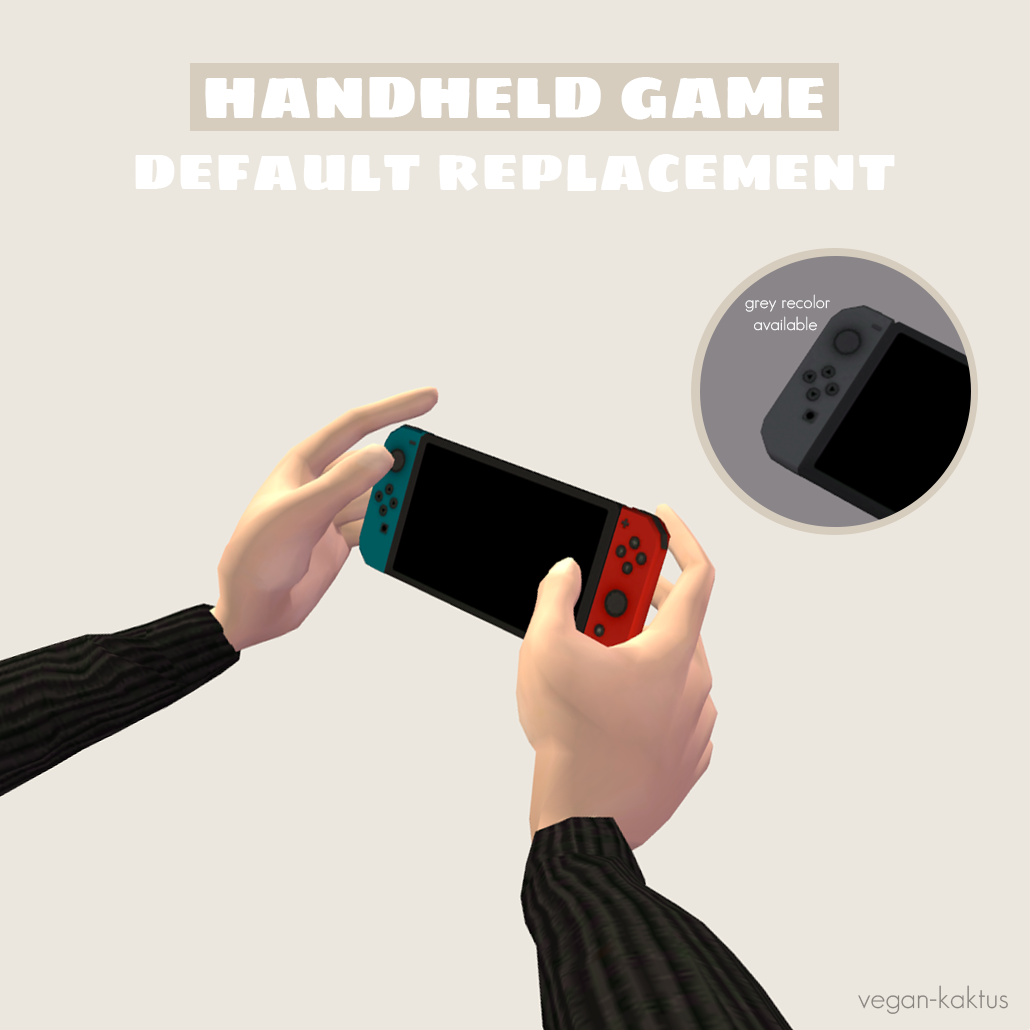 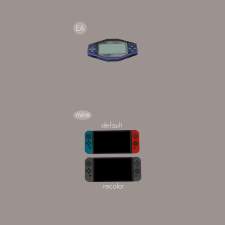 Created by vegan_kaktus
View Policy / About Me View all Downloads
Uploaded: 23rd Apr 2021 at 3:19 PM
Updated: 1st May 2021 at 9:09 AM
I love the Nintendo Switch, and when I found out it had been converted to ts2 I just knew I had to turn it into a default replacement for the handheld game. EA’s original mesh had a polycount of 168, meanwhile the nintendo had a whopping 1546. I got rid of the buttons so now it’s down to 724, still high (compared to EA’s) but I don’t know how to decrease it any further. If anyone wants to give it a try, please go ahead! And if you know how, please teach me :-D

I re-made the buttons so they’re now in simlish and re-mapped the mesh a bit. The default replacement is red&blue, but I’ve included a grey recolor inside the download. If you want to use the grey recolor, you have to install jacobaoconnor’s CEP-extra for the handheld game. (The CEP is now included in my download. Thank you! :-D) If you don’t care for it to be recolorable, only install vegankaktus_DEFAULThandheldgame. The default replacement and recolor goes in your downloads folder as usual. Also, Meduza shared a fix for the handheld game here (scroll down) which I highly recommend downloading :-)

This default requires University and remember you can only have one default replacement for the handheld game in your downloads folder at a time. All files have been compressed to reduce file size. If you run into any issues, let me know!

Edit #2: Me and yosarna-sims discovered that if you have Pineappleforest’s water tub (the BV repo’d one) in your game, my default is flashing blue. Pineappleforest has fixed their file now though (thank you! :-D) so if you’re using their BV repo’d water tub, you should re-download it.

Edit #3: Meduza​ has updated their custom cellphone mod to include my default as a custom handheld game! Thank you! :-D I also forgot to mention that as seen in Meduza’s post, my switch is nearly below ground level when placed. I unfortunately don’t know how to fix this, but you can grab it if you zoom in :-)

Credits: Apples (dead link) for the mesh, ported by Fatalitysonic2, converted to ts2 by ﻿wyxii and jacobaoconnor for the CEP :-)
Other Information

I mainly make default replacements which I share here :-) you can find more of my stuff over at my tumblr. My TOU can be found there as well! :-D