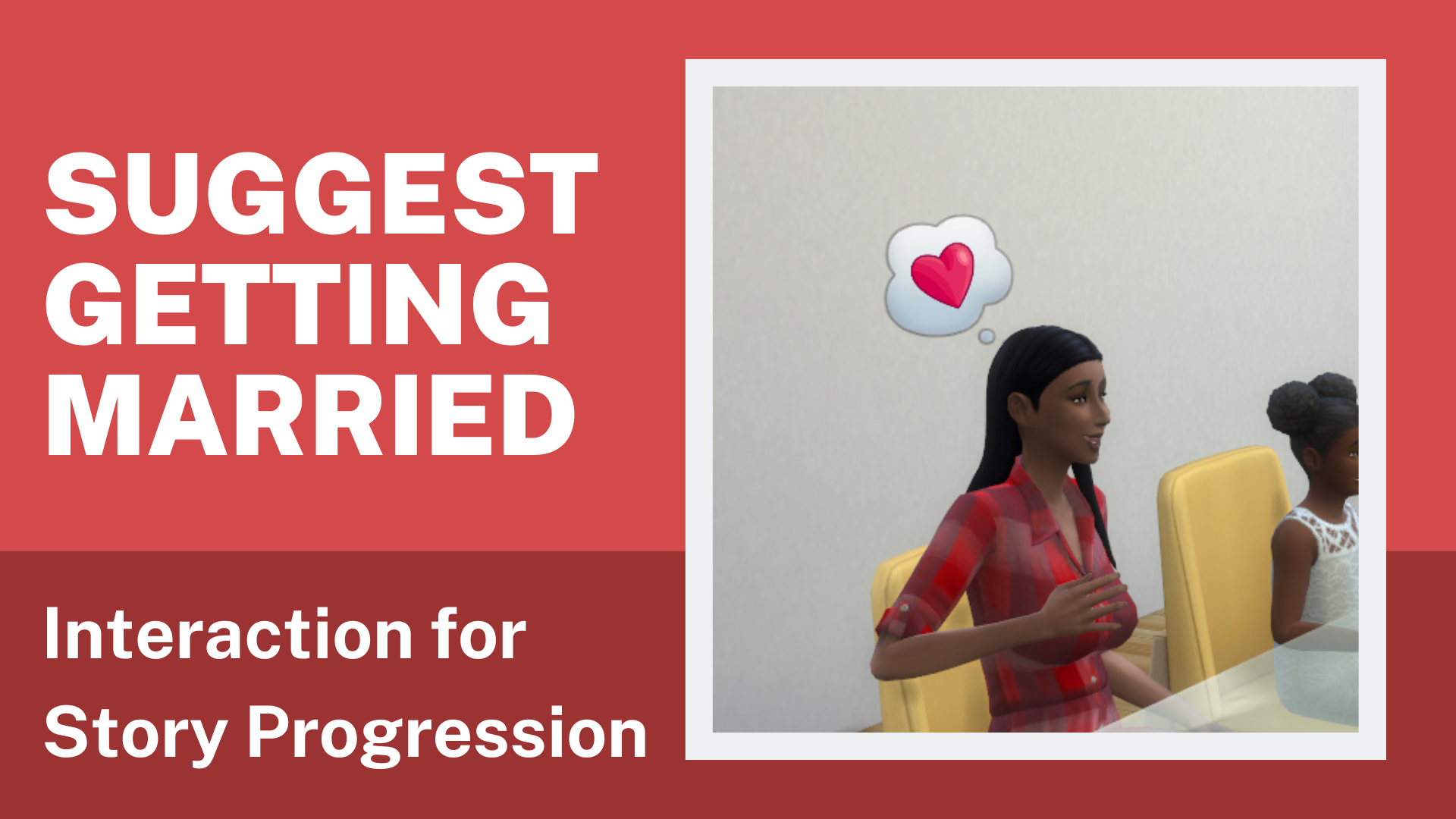 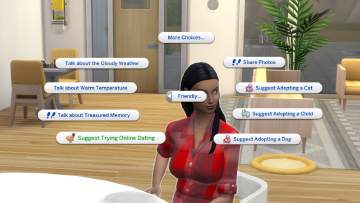 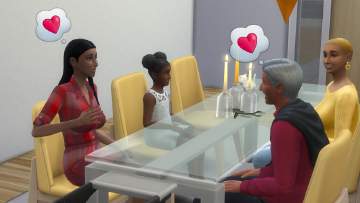 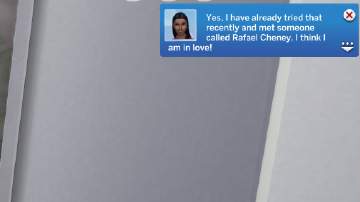 flauschtrud_SuggestGettingMarried_Interaction.png - width=1002 height=564
You can find the new interaction in the Friendly category.

Created by flauschtrud
View Policy / About Me View all Downloads
Uploaded: 17th Sep 2022 at 7:10 AM
Updated: 25th Nov 2022 at 6:07 PM
Future updates for this mod will be uploaded on the official mod hub:
https://www.curseforge.com/sims4/mo...ied-interaction

Since the Neighborhood Stories feature still does not let other Sims get married on their own so that they can start their own family I created this mod.

This mod adds a new interaction "Suggest Trying Online Dating" that can be found with the friendly interactions (on single Sims).

If the interaction is successful the target Sim will get married to another Sim in the save and the spouse will move to the target Sim (so that they can start to get pregnant or adopt via the Neighborhood Stories feature).

The selected spouse will
The suggestion will not always be successful and the Sims will get moodlets depending on the result. Sims with the trait "Family Oriented" will be affected more, both positively and negatively, but they will also be more successful.

The traits of the active Sim and the target Sim will affect the likelihood for a successful suggestion. Sims with the trait "Family Oriented" will be more successful and if the target Sim is also a family oriented Sim the chances are even better. Being romantic also helps... Sims that have the trait "Non Committal" will never say yes.

If you try the interactions multiple times in a short time it will be less likely to succeed.

If the target household is already full the suggestion will always fail.

And the interaction is not visible for members of the current household, since it is not meant as a cheat...

I made a huge effort to make sure that only Sims are eligible as marriage candidates that would not leave behind any unattended minors or pets in their former household, so the interaction should never create households that should not be allowed (kids or pets living on their own). If you open the command console while using the interaction you can read log messages regarding the validation of marriage candidates.

Recommended Mods
I'd recommend my own mod Ask to Invite Family Member, which makes it a lot easier to get to know the new partners.

Translations
Available languages:All other languages will use the English texts (so far). Since I added a bunch of strings I'm not really comfortable with using automatic translations, but if anyone would like to provide translations for their languages I'd be happy to add it (and give credit of course).

Installation
Unzip and drag both the package file and the script file into your Sims 4 Mods directory (not more than one folder deep).

Compatibility
This mod adds a completely new interaction and does not override any game resources, so it's quite unlikely to conflict with other mods.

Credits
Made with Sims 4 Studio

Terms of use
My mods are published under the Attribution-NonCommercial-NoDerivatives 4.0 International (CC BY-NC-ND 4.0) license.
If you share my mod please link back to this upload.
Other Information

My mods are published under the CC BY-NC-ND 4.0 license.
If you share any of my mods please do so by linking back to its original upload page.