The Kii -- could they find a place at last? 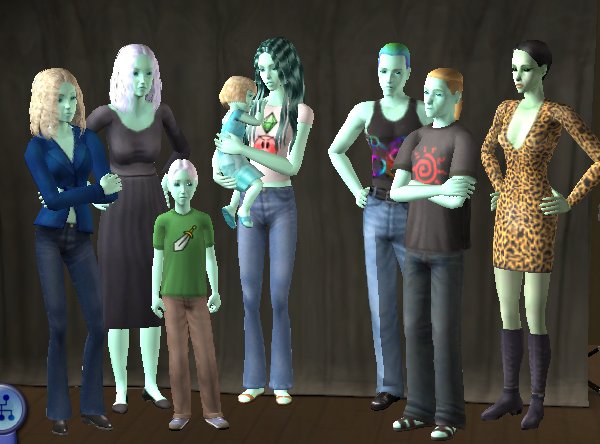 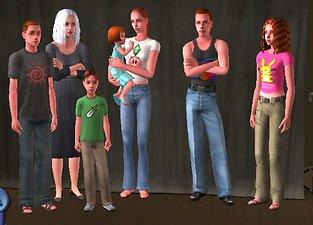 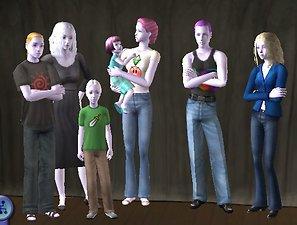 Created by dragonarts View Policy / About Me View Downloads Home

“They can’t do this,” exploded the Kii Dragon, tiny flames adding a soft glow to the red skin of his arms as he paced the marble floor. “They promised!” One fist clenched, poised to beat at the air.

“Kaiden,” murmured Willow soothingly, from her seat by the window. “You know it doesn’t matter what anyone promises. It never has before. We are outcasts, always. Such is the fate of people like ourselves.” Her long green tresses fell silkily across her green skinned arm as she set another careful stitch in her embroidery.

“The Unicorn is right, Kaid, and you know it. Getting mad won’t change anything. The elven high council can’t stop their people from persecuting ours, no matter what they promised us. The best we can do is help our people across the mist curtain into the new lands, and hope they will eventually find a land where they can live in peace.” The Kii Phoenix fastened flame gold eyes on his friend, the fitful breeze that betrayed his own agitation stirring his golden hair across the golden skin of his forehead.

“Why should you be the voice of reason all of a sudden,” Kaiden complained. “You don’t like this any better than I do.”

“Shall we go toast some elven carcasses then?” offered the black skinned man who had lounged silently against the doorway to this point in the discussion.

“Do you think they would let such a thing pass unanswered, Tiger?” The fourth man in the room, light purple face turned to the sunshine, tossed the comment lightly over his shoulder, but none of the eight people in the room thought he meant it lightly. The Kii Griffon never spoke lightly, or at random. “What does our Eye have to say to this?”

Of the four women in the room, only this silver skinned one had no handwork to occupy her. Instead she sat on the floor in the center of the room, in a pose of meditation. When addressed she allowed her silvery eyes to drift open and shook her head. “You don’t need me to tell you that, Griffon, anymore than Rose needs me to tell her when her flowers will sprout, or Dolphin needs me to tell her that her rivers will flow to the sea. Our people are anathema to all other races but the one from which we were created. Even they prefer to accept us from a distance. I See nothing in our future that will change this, though this new land holds great promise.” The white Kii Rose and blue Dolphin smiled at their sister, but remained silent, fingers busy at their needlework.

Nothing could be concluded by the Eight that day, the rulers of the Kii, but as the weeks and months progressed they knew that as surely as the sun rose in the sky each day, so more and more of their people would be forced from their homes to cross the thin barrier into a new place and time….


This race was created based on an unpublished manuscript. In the book, this is a race of people created by illegal gene manipulation. Barely considered people by most, they are hounded across the galaxy. One of the reasons they are so feared and hated is the strange powers they wield. There are 8 realms, each with it's own color: red for fire, green for earth, gold for air, blue for water, purple for heart, silver for sight, white for flower, and black for beast. I truly wish I could figure out a way to grant them their powers on Sims2, but I haven't been able to make any headway on learning to use BHAV's, so for now, all I can do is the skins, and eyes, and maybe wings for the girls(thank you boblishman). (Those aren't included in this post.)

This package includes Fire, Earth and Heart. (red, green, and purple) These skins are for all ages and genders. You don't need any expansion packs to use them, though YA is supported. You will see an alien standing in the all green family picture, for comparison. As you should see, this skin is somewhat lighter and bluer.