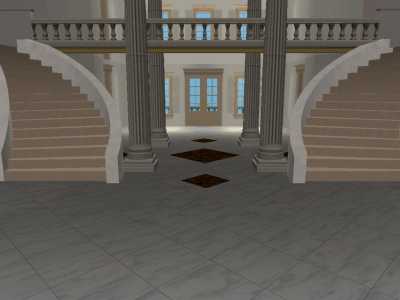 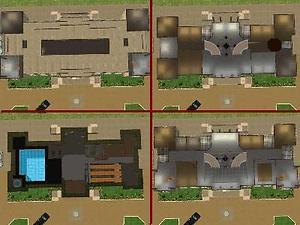 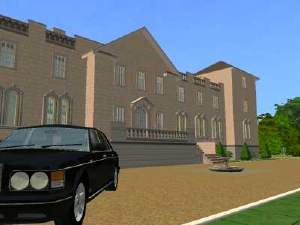 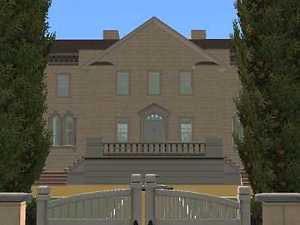 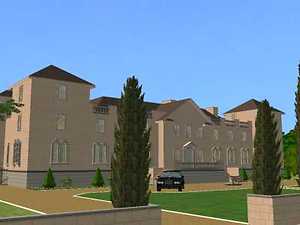 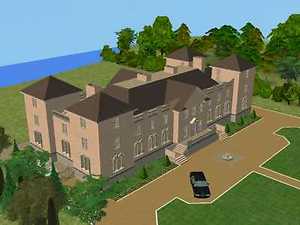 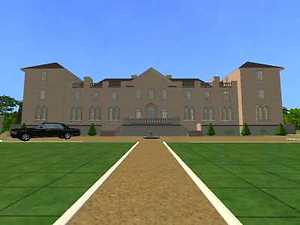 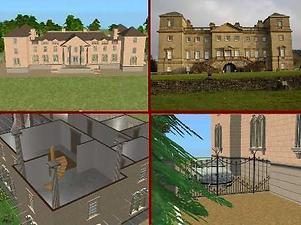 Constructed between 1754 & 1760, Hagley Hall was the last major Palladian commission in the country, was the end of an architectural era, but none the worse looking for it. I have built the house as it looks today, with a little Simlish liscence so as not to have to be absolutely accurate. I have converted the cellar into servants rooms and Lord's sports facilities including bowling, gym and pool, so you can see it's not been completely true to the real house! I have made it a (variable) 6 bedroom, 8 bathroom home. There is also a beautiful marble-floored hall with curved staircases.

Two of the bedrooms even have double height bedchambers, roof access, en-suites and even a lounge!

Hagley Hall, Worcestershire and its park are among the supreme achievements of eighteenth-century English architecture and landscape gardening. They remain largely the creation of one man, George Lyttelton, 1st Baron Lyttelton (1709–73), secretary to Frederick, Prince of Wales, poet and man of letters and briefly Chancellor of the Exchequer. Before the death of his father in 1751, he began to landscape the grounds in the new "picturesque" style, and between 1754 and 1760 it was he who was responsible for the building of the house as it is seen today.

There has been a park at Hagley since the reign of Edward III, but the present outstanding landscape was created from about 1739 to 1764, with follies designed by Lord Camelford, Thomas Pitt of Encombe, James "Athenian" Stuart, and Sanderson Miller. The follies include Wychbury Obelisk on Wychbury Hill built in 1764 for Sir Richard Lyttelton and is visible for many miles; the Temple of Theseus built from 1759 to c.1762 at a cost of £300 a gift from Admiral Smith, Lyttelton's half-brother; other small classical buildings; a sham ruined castle (his lands did not contain a real one!) and the 'The Four Stones', or Ossian's Tomb as it was termed, on the summit of Clent Hill. Horace Walpole, notoriously hard to please, wrote after a visit in 1753, "I wore out my eyes with gazing, my feet with climbing, and my tongue and vocabulary with commending".

The hall itself was designed by Sanderson Miller and is the last of the great Palladian houses to be built in England.

On Christmas Eve 1925, a disastrous fire swept through the house destroying much of the Library and many of the pictures. Despite boiling lead pouring from the roof through the house, all those within managed to escape. At the height of the blaze when nothing more could be salvaged from inside, the 9th Viscount was heard to mutter "my life's work destroyed". It was thus to universal amazement that he and his wife lovingly and painstakingly restored the house, complete, save for the staff quarters on the top floor.

SEE ALSO - KEDLESTON HALL THIS IS A SECOND PALLADIAN HOME.

TAKE A LOOK UNDER SCREENSHOTS TO SEE ORIGINAL PICTURE OF HAGLEY HALL, OR 'GOOGLE IT'

Additional Credits:
TreZillah for the Bentley at Sims2Carsource, and agian for the Turbo Mulsanne at Sims 2 Modboard. I love those cars!
Files Need help with downloading or installing content? Click here!