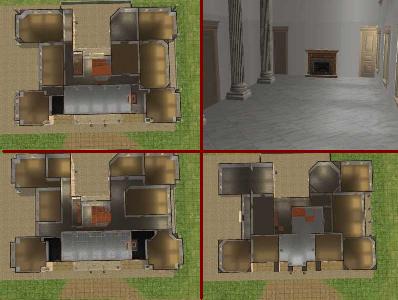 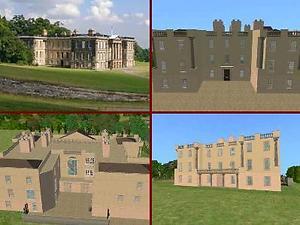 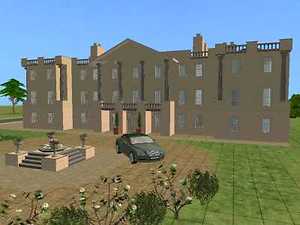 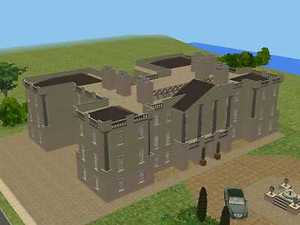 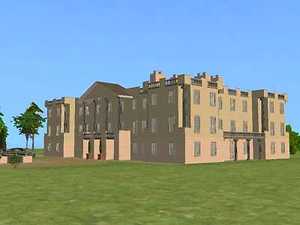 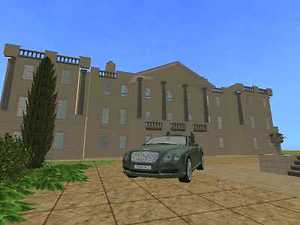 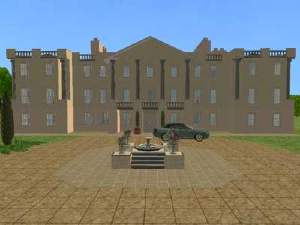 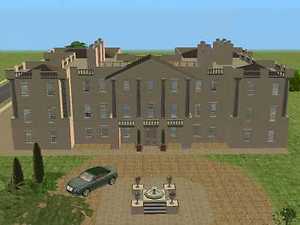 Standing deep in its park, Calke Abbey is revealed to the visitor only at the last moment. The beautiful facade with Greek Revival portico and symmetrical appearance offering granduer and social status to your Sims.

Welcome to Calke Abbey, Ticknall, Derbyshire. This historical home was once a Medieval monastery, then was destroyed by Henry VIII during the dissolution. There was also an Elizabethan home standing here at one point. It now stands again, in the Baroque style, set within parklands of rolling hills, lakes, woods and local villages. The house is a fine 1704 Baroque masterpeice, crafted by Johnson & Huitt of Nottinghamshire, although speculation over their real jobs of surveyors may have prevented them from being the actual architects. The Greek frontage was added in 1807. The real home has lots of dead, stuffed animals, paintings and antiques. The plan of the house reveals diagonal and spiral walls dating from before 1300ad!

The home had been in the Harpur-Crewe family since the reign of James 1st. Now a National Trust acquisition, Calke has been left as it was found in 1986, with horse carriages, beds, tables, urns and wallpaper minimally restored to create an antique effect, and this was only possible as a large portion of the house was closed off in the 1940's due to running costs. The house eventually had to be given away due to inheritance taxes of £8,000,000 on the (then) £14,000,000 estate.

I have built a more SIMplified version of Calke, without diagonal walls or too many complicated hollow fireplaces. There are 8 bedrooms, rather tame over th real total of 12, and there are many entertaining rooms and passages for servants too.

YOU CAN FIND THE REAL PICTURE ON EITHER GOOGLE OR BELOW.