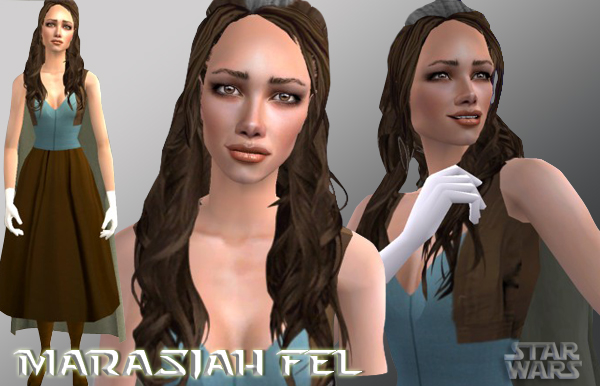 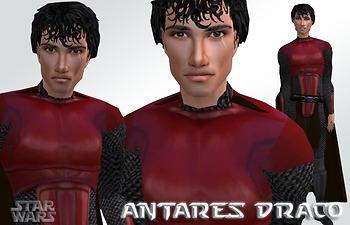 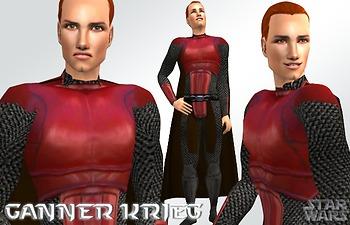 Created by aymo87 View Policy / About Me View Downloads Home

if you're having trouble getting the sims to show up, and need

do NOT leave a comment about it, odds are I will not see it there.

for Antares you'll need to get his hair here

for the Imperial Knights uniforms for both Antares and Ganner you must download the Imperial_Knights.zip AND the mesh here

for all three of their capes require the mesh here

Marasiah Fel
"You'd better hope these Sith kill you Antares, so you wont have to face my father's anger.."- Marasiah Fel to Antares Draco about his rescue mission.

Daughter and only child of Emperor Roan Fel, Sia is a confirmed decendent of Soontir Fel and I'd be willing to put my money on her being a decended of Han Solo & Princess Leia as well (most people believe her and her father to be decendent of Jaina Solo and Jagged Fel, but this has been neither confirmed nor denied). Assuming she is related to Princess Leia she bares many similarities to her ancestor aside from being a Princess. Still training to become a Jedi Knight, she would, and almost does, die for her cause.


Antares Draco
"Your Master's an usupper. And you're a fool, Sith, if you think I'm Roan Fel." -Antares to Darth Talon.

Antares was the leader of the Imperial Knights, whose loyalty Emperor Roan Fel and the Empire was second only to his devotion to Roan's daughter Princess Marasiah, as was evident when he defied a direct order from the Empire and went to Vendaxa to save Sia. Having reached the title of Master, Antares was not only skilled with a lightsaber but was also an ace pilot.


Ganner Krieg
"I know my father. He didn't send you on this mission."
"Actually, he forbade it." -Marasiah Fel and Ganner Krieg

Fellow Imperial Knight alongside Anteres, Ganner was his most trusted friend and was also fiercely loyal to the Emperor. Though calm, serious, and level headed, Ganner still followed his friend to aid the Princess on Vendaxa despite the Emperor's orders.

Archive Information
Sia.zip: Archive contains one or more files that are added twice (once in .package form and once in SimsPack form) (error 105)
Archive: Antares.zip
File: 77e3622a_f3015902.package Sim