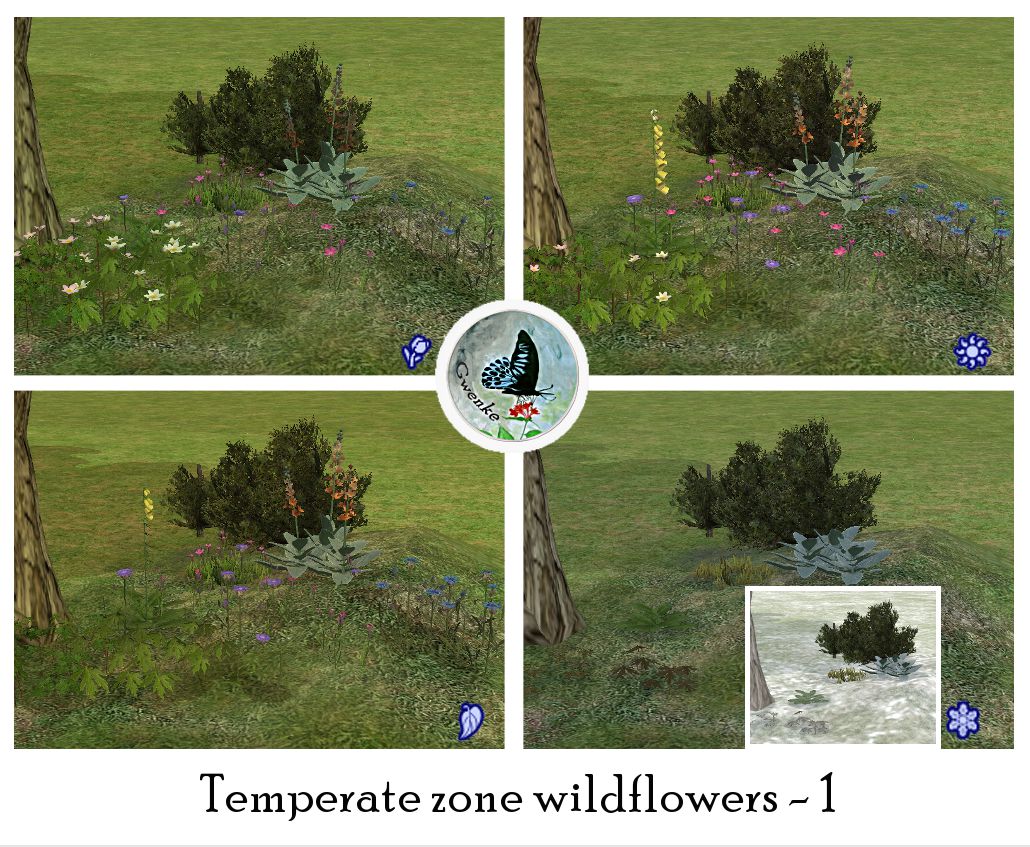 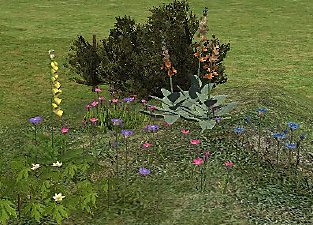 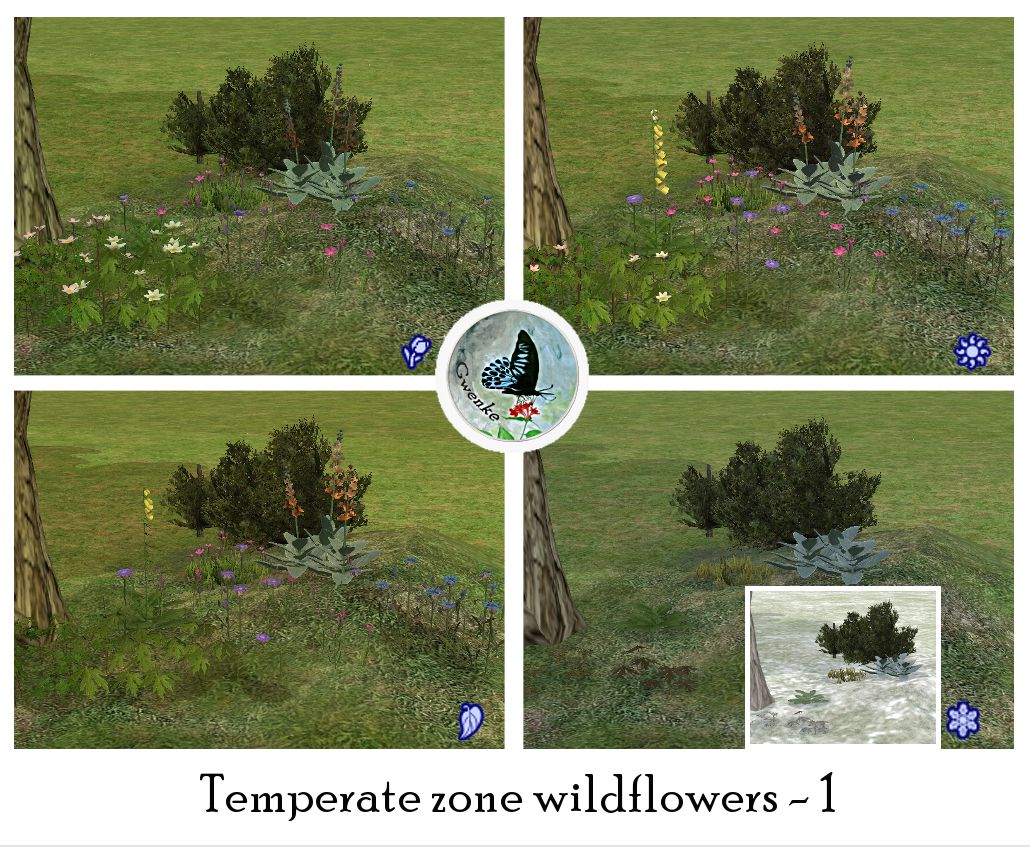 Here are some wildflowers for your meadows, forests, parks and roadsides. They are intended to add a little life to Sims, where most things do not change. They look different in the various seasons - anemones, for example, flower in the spring and are hardly noticeable by fall, while pinks have mostly buds in spring and will bloom in summer and autumn.

These plants do not require either pruning or watering. Also, being wild plants, they are intentionally smaller and less showy. The 5 flowers allow object and sim intersection, meaning that they can be placed on the same square with other objects, and sims will walk through them. They are also height-adjustable with AL.

Obviously, the changing function only works if Seasons is installed. The plants can also be used without Seasons, though: in that case only the summer state will appear.

If you would like to recolour these or any other custom seasons-compatible plant, please see my notes here.

Warning! Polys are a little higher than normal, don't use too many on one lot.
Meshes vary by season; only the states with the highest poly count are listed.

Additional Credits:
I am grateful to Bienchen for the original template;
To Kate for the permission to use her mesh;
To Macarossi for his/her lenient policy regarding the use of their meshes;
To MogHughson for the tutorial on custom thumbnail cameras used in some of the objects.