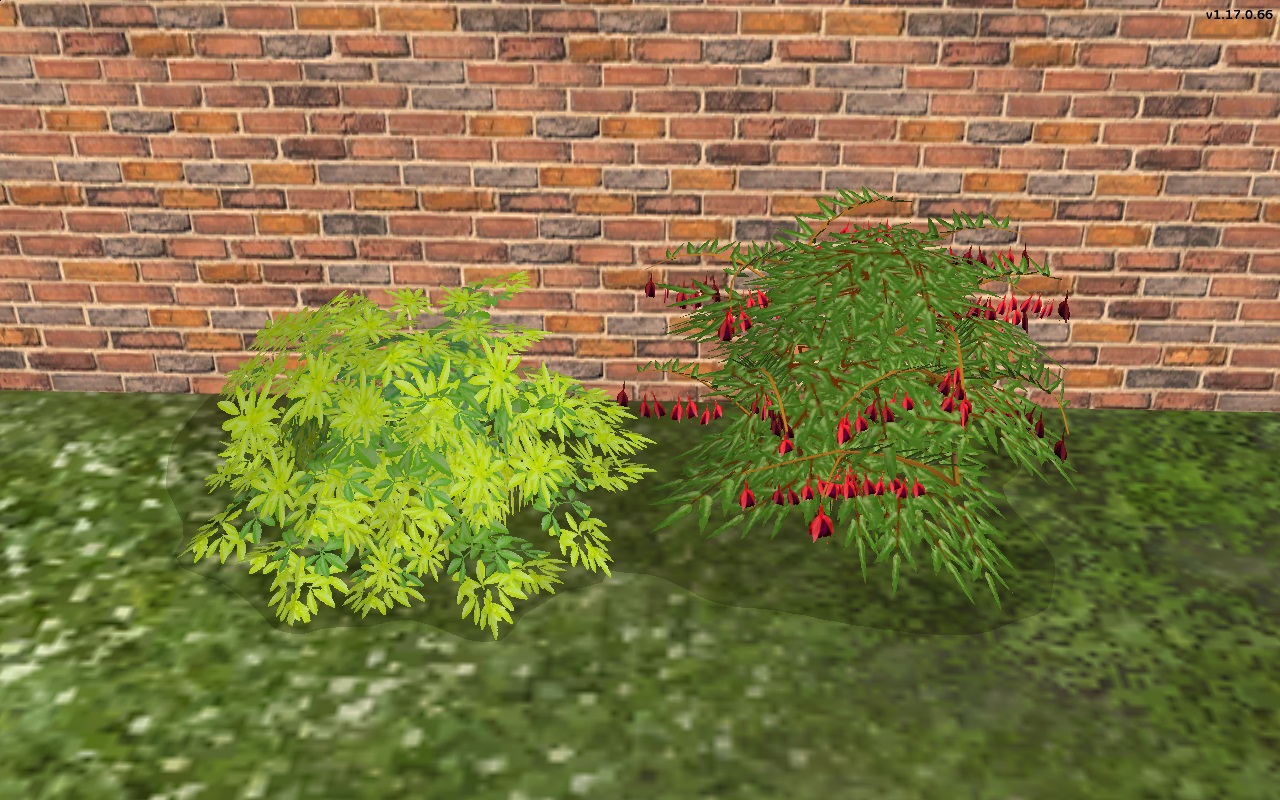 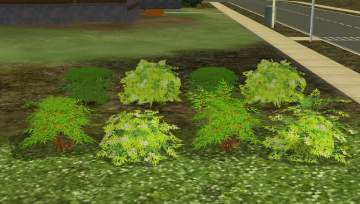 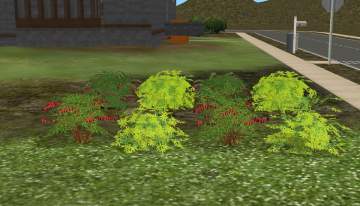 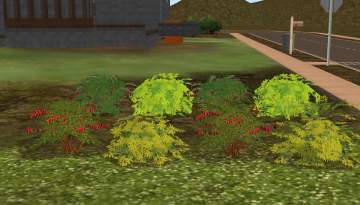 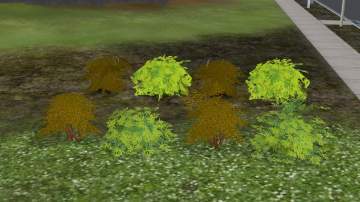 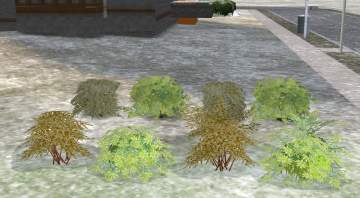 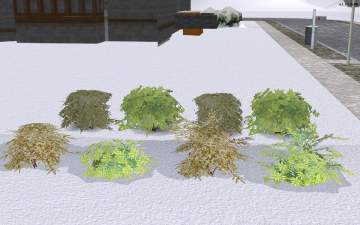 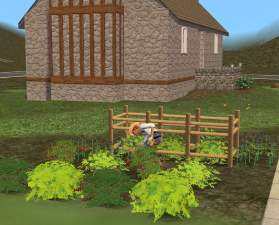 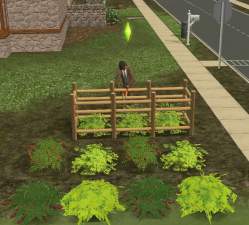 Created by Aysarth
View all Downloads
Uploaded: 23rd Oct 2019 at 12:18 PM
Inspired by my own garden and others nearby, I have recreated two colourful shrubs to brighten up the autumn. The choisya, or Mexican Orange-blossom, is an ever-green and keeps its golden leaves even in winter. It has scented white flowers in the spring.The fuschia flowers in summer and autumn. It has fresh green leaves in spring, and dies back to brown sticks and dead leaves in the winter.

These shrubs were cloned from a tree as usual, to make them fully seasonal. However, I gave them an untrimmed graphic and converted them from the tree semiglobals to the shrub semiglobals, to make them behave in exactly the same way as the in-game shrubs. They periodically require trimming, and will tank the garden score and spawn weeds if neglected. They can also be "used" and I have made this autonomous for pets in a similar way to Icad's mod. I only saw this autonomous action once in testing, so hopefully it won't become too annoying.

I have also given the choisya a non-autonomous "smell flowers" interaction, similar to my lavender. This is only available in the spring, when the plant is in flower. It will raise comfort and fun scores slightly.

Because they use the semiglobals, these shrubs will be affected by mods which alter the semoglobal BHAVs and BCONs. I have tested them with Cyjon's Trim Inaccessible Bushes mod and it works (picture included). They do have a custom TTAB however, so mods like Icad's autonomy mod won't affect them, although I have incorporated it into them. If your Sims hire a gardener, they will tend to these shrubs along with the others.

These plants are available in Garden Center/Shrubs and cost $60 each. They are both recolourable, using Gwenke's tutorial on Sims2Artists and have their own low poly Hood View scenegraphs.

As usual, I have used photo textures, and the picture attributions are under the spoiler.

Additional Credits:
Simpe, Blender, Paint.net and the creators of all the cool tools and useful tutorials that enable us to make our own stuff.
Other Information