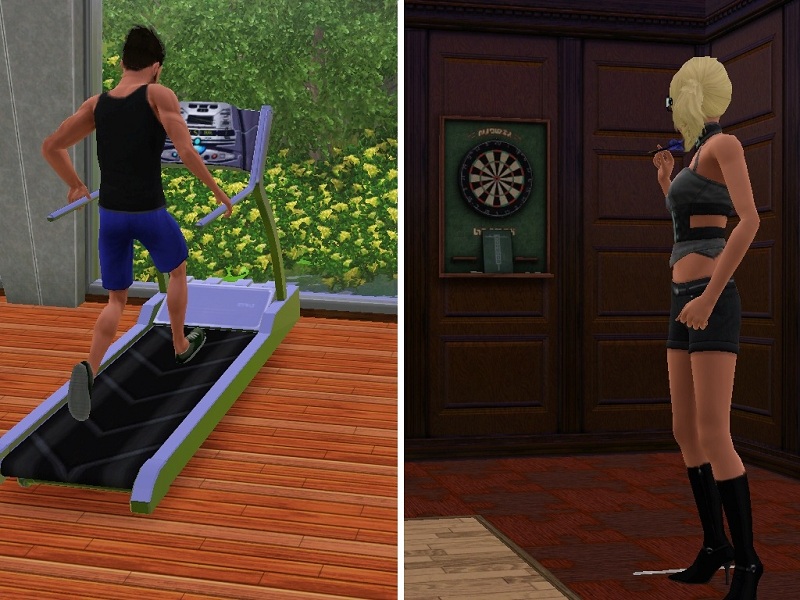 No Longer Supported!
Due to an increasing interest in other areas of coding, plus with a shrinking like of XML Tuning, I'm sad to say that I'm discontinuing this Mod. I haven't provided an update since 1.50 and will likely not be doing so in future. All you need to know is that EA fixed the issue this mod originally started out to correct, and I have not verified compatibility of the dartboard (though I shall try to do so soon).

The packages are dated April 2012. This does not matter with compatibility, as no changes have ever been required during this Mod's existence. Therefore, as long as this post lists your patch version as compatible, the download available will be compatible.

When I first learnt of the Gym Bug issue (where Sims with the Fit Atmosphere moodlet don't have any bonuses to their Athletic Skill), I thought EA would get round to it in the next patch. That was close to two years ago. So instead of waiting for them to fix it, I created this simple Mod to fix it. It also adjusts certain values for the Dartboard, namely the Trait Benefits for Athletic, Lucky, Disciplined, Party Animal, Loser, Unlucky and Couch Potato Sims. (All Traits that have been italicized are traits that negatively impact the game of Darts)

This Mod is an XML Tuning Mod. It should not conflict with many Mods. However, it does override The Dartboard XML File and The BuffFitAtmosphere XML File, and will conflict with anything that does the same.

This Mod was tested before uploading and no issues were found. However, if an issue does arise, please notify me and I will fix it ASAP. This is my first Mod (hooray), so please let me know if there is anything wrong.

This Mod was built on Game Version 1.33 and is compatible on that version, along with all subsequent patch levels up to and including 1.48.


Due to strange circumstances in the initial upload, I have split the Mod into two different .zip files.

If you ONLY want the Gym Bug Fix:
Download the "GymBugFix_Seabody_LastUpd_9May2012.zip" file (the date will change when this Mod is updated). Install it in the normal way.

If you ONLY want the Improved Dartboard:
Download the "ImprovedDartboard_Seabody_LastUpd_9May2012.zip" file (the date will change when this Mod is updated). Install it in the normal way.

See: Game Help:TS3 CC Basicswiki for a full guide!
Back to download view
38 Comments / Replies (Who?)