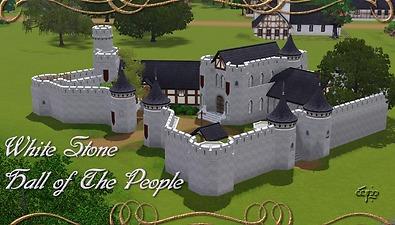 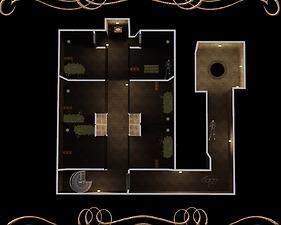 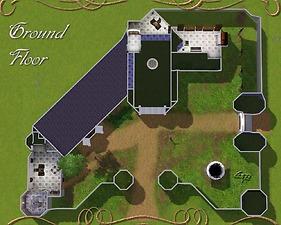 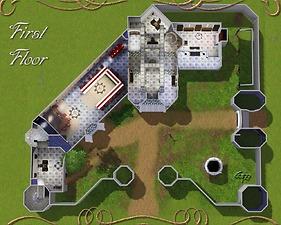 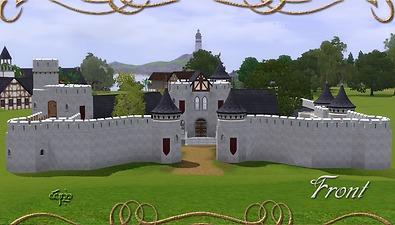 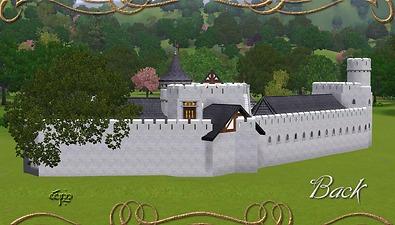 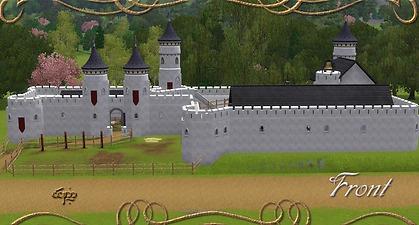 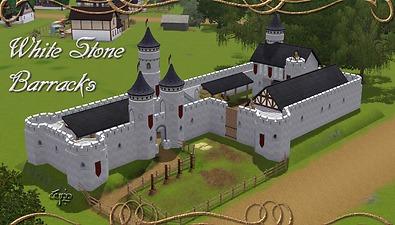 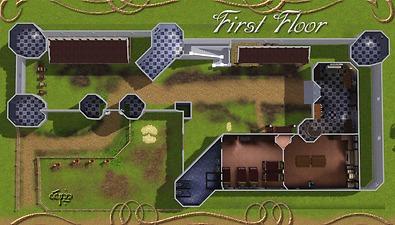 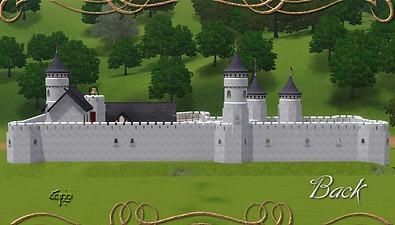 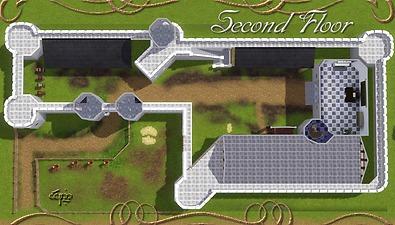 Created by Jenexell View Policy / About Me View Downloads Home

After I decided to make Camelot, I knew I had to keep going. After all, a Castle can't sit on its own.

To be honest, I actually went further than a few lots, I made an entire world in CAW (which before you ask, I won't be sharing since its so full of routing errors and niggles it will never be good enough to post).

Two of the first lots I created after the Citadel were these. The White Stone Barracks and The Hall of the People. 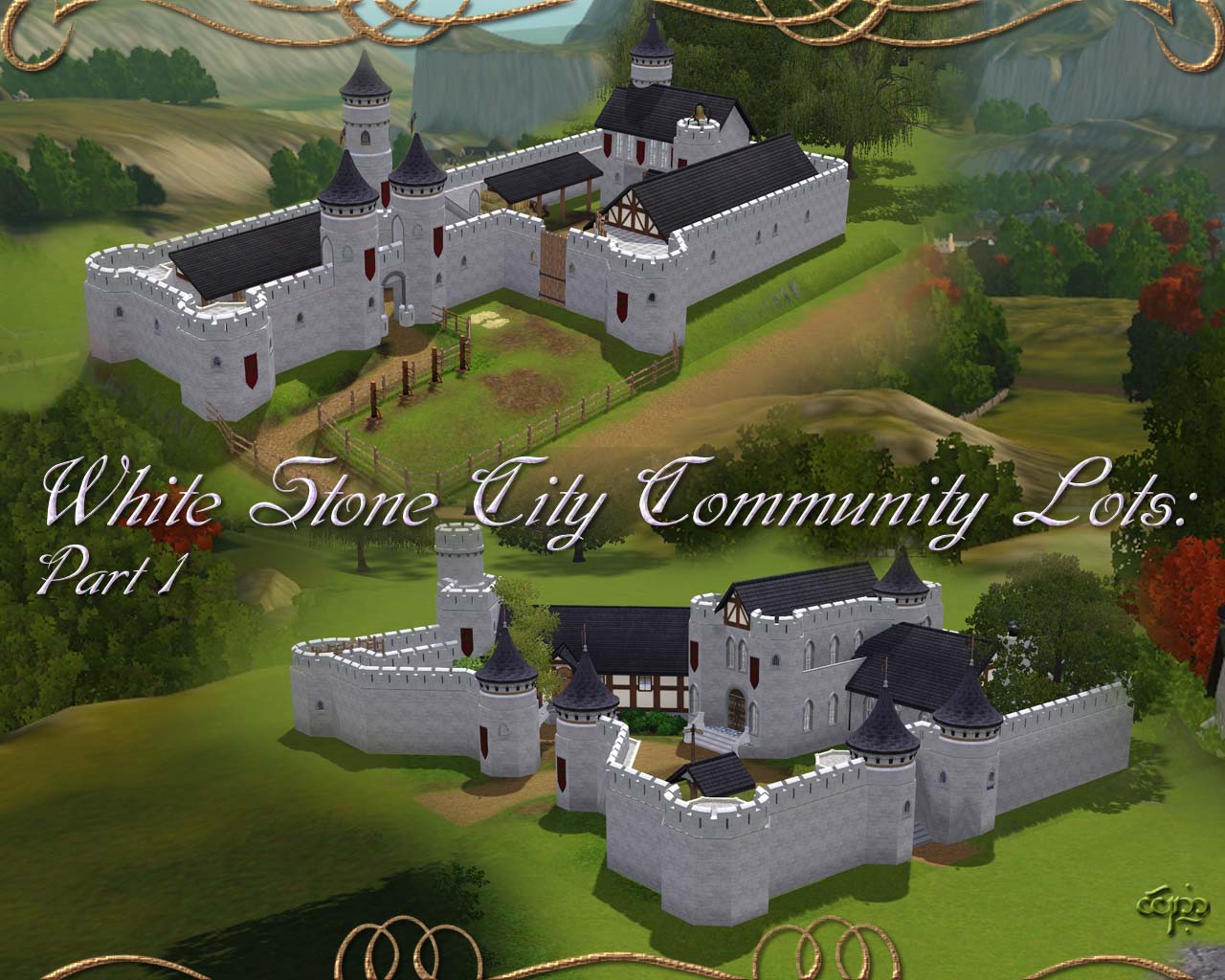 Together with the Citadel, they form the majority of Camelot's 'Upper Town', with its pristine white stone walls, turrets, towers, fortified walls and royal banners.

In my world, they sat either side of the Citadel on the top of a cliff (sheer on three sides, gently sloping inland on the third), which is why the lots are the shapes they are.

Containing the Military Base Rabbit Hole Rug and facilities for Knights and soldiers to eat, drink, sleep, keep clean and train. 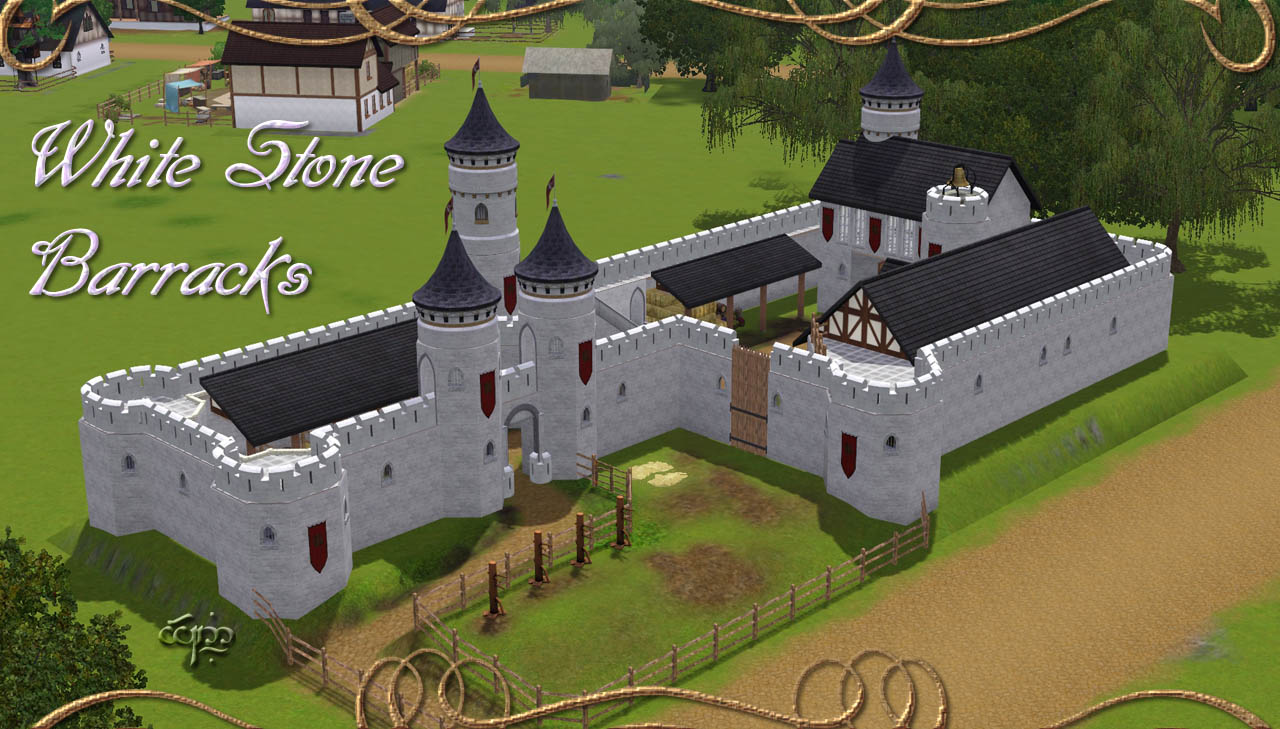 The centre of governance and the maintenance of law and order containing City Hall, Police and Mausoleum Rabbit Hole Rugs. 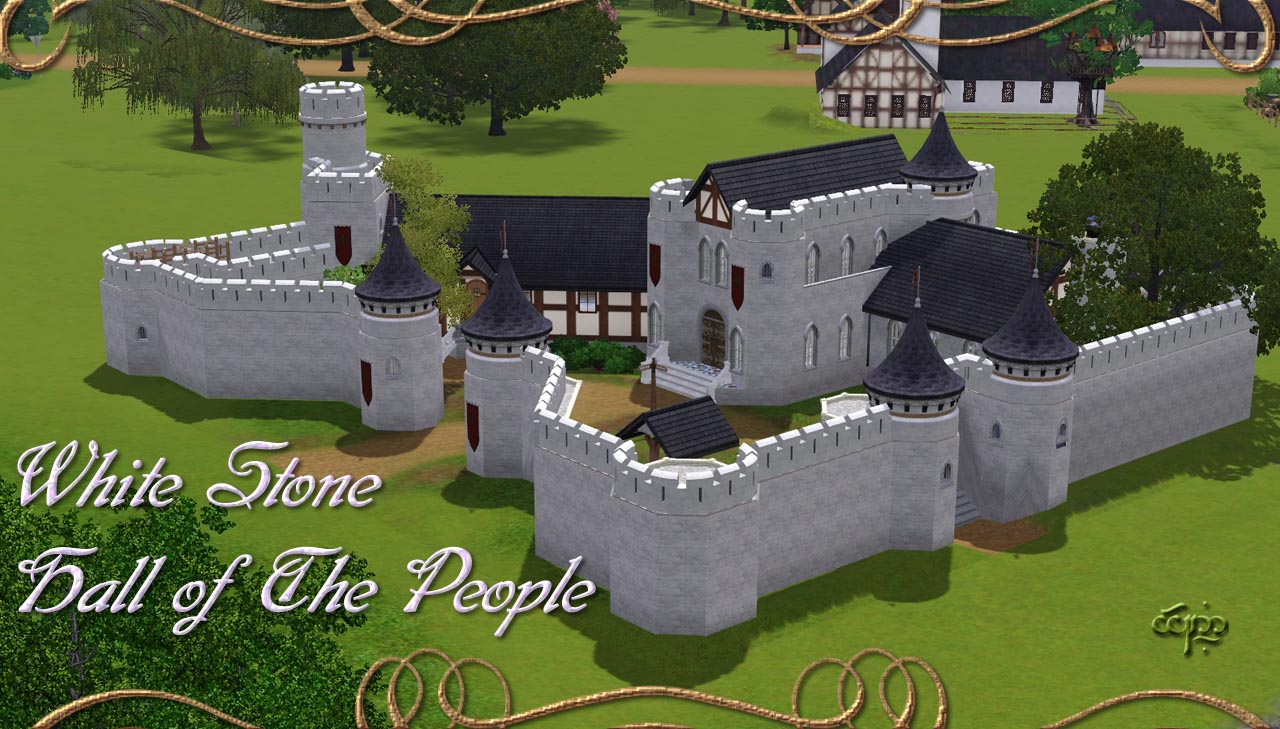 Basement Level - Dungeons with six cells (Townies do occasionally sleep down there which I didn't expect! They were meant to be toilets!) Mausoleum Rabbit Hole Rug (because its the dungeons... not exactly a place of rainbows and ponies!)
Ground Level - Well, Stabling, Entry Gates, City Guard Office (Police Rabbit Hole Rug) Access to Dungeons. Library. Clerk's Office.
First Floor (Foundation): Guild Hall (with bar), Great Hall (with City Hall Rabbit Hole Rug)
Second Floor - Not entirely accessible and with no really usable areas. It does however have two Tower Cells, with unfortunate inmates. (Unfortunate in that I think someone forget they were there.)

Medieval Plumbing – Ye Olde Kingdom of Pudding by The Merrye Makers
The Medieval Kitchen Part 1 - Ye Olde Kingdom of Pudding by The Merrye Makers (White Stone Barracks Only)
Budget Bathroom by Lisen801
Medieval Armoury Part 2 by Hekate999(Hall of the People only)
Medieval "must haves" New meshes/Medieval Challenge (Tapestries) by Nanisim(White Stone Barracks Only)
Smithy Set by Qingshuang Tongzi at MTSims Cakestore (This page is in Chinese - The the URL is also Chinese characters. If your browser cannot translate the code, you may be dropped to "page does not exist" page on the site. Go to the top, click Sims 3, then next to Objects you will see page numbers. The smithy Set can be found on Page 2)

Chamber Door is not available to download as an individual item but comes instead as part of Hidden Springs This is an entire world, and simpoint heavy. If you'd rather not spend that much, its not exactly the end of the world.

Thanks obviously to the makers of all the custom content. I'm not going to thank Maxis et-al for the store content, I paid for it, that's thanks enough.

Title: Hall of the People

Description: Where in dwell the soldiers. Contains Military Rabbit Hole Rug. Part of the White Stone City Set by JenExell