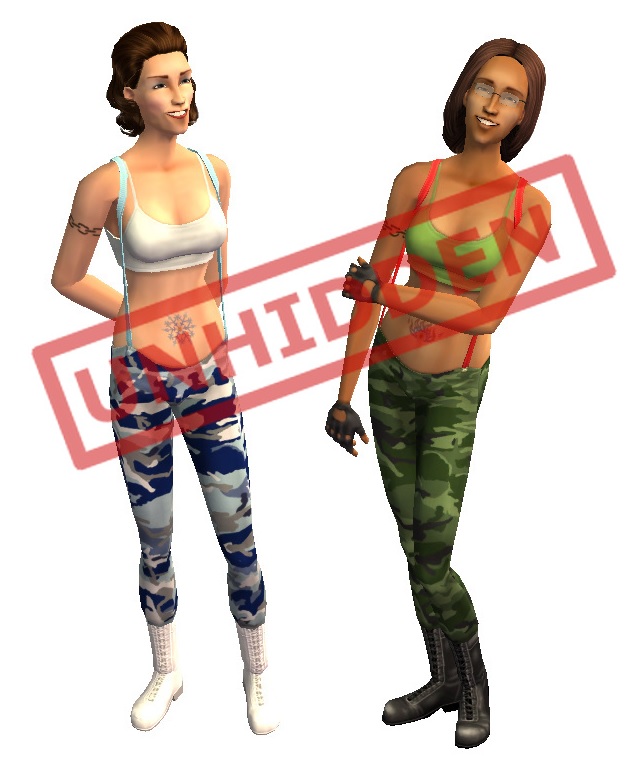 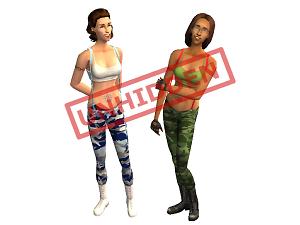 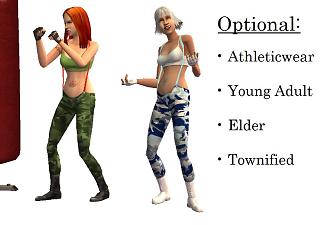 Created by Mia Moonstar
View Policy / About Me View all Downloads
Uploaded: 28th Aug 2016 at 9:42 AM
While I'm not overly fond of the afbodysuspenderstights outfit, I do like the default replacements I use to show up outside of debug mode (more default replacements can be found here). I have not seen any other unlockers/recategorizers of this outfit at MTS (or anywhere else for that matter), so it should work with whatever other recategorizers you have.

I bring you not only an unlocker, but 16 versions of said unlocker! In debug mode, the outfits were originally found in Everyday for adult females. I have added options for having the outfits available in both everyday & athletic at the same time, townified versions of either previously mentioned, and variations of THOSE variations to show up for YA and/or elder.

That probably sounded very confusing, so I'll try to explain it a bit simpler:

Ath stands for athletic and town stands for townified. Townified means that the outfits can spawn on newly generated townies and come up randomly when you roll the dice in CAS. Depending on how you want the outfits to "behave", choose the corresponding one of the .package files and only move that one to the install location.

The YA and YA-Elder files require University to be installed. The outfits will be pinned with a Uni flag in the catalogue and show up in that section instead of in the base game section.

Install instructions
After you've chosen a .package file to use, you can simply plop it down into your downloads folder; however, this usually makes the outfits show up with a CC star instead of an EP one and the "delete" button will be enabled in CAS and Body Shop. Do NOT click the "delete" button on content that came with the game, as it can severely mess up your game files.
The recommended install location is /.../EA Games/The Sims 2/(latest EP or SP)/TSData/Res/Catalog and either the "Bins" or the "Skins" folder. For Ultimate Collection users, the correct path is /.../Origin Games/The Sims 2 Ultimate Collection/Fun with Pets/SP9/TSData/Res/Catalog (and either folder).

Credits:
The makers and supporters of SimPE GIMP and Microsoft Paint
This tutorial on taking screenshots (especially this part helped me a lot)
Photostudio background by sims2mixed up (the file is hosted at InSim)
Lemonlion for her default replacement that forced me to make these unlockers.
Files Need help with downloading or installing content? Click here!

Policy: If I ever actually make something original from scratch, you're free to mess around with it (but only reupload it with your own modifications). Credit and a link back to me would be nice, too.