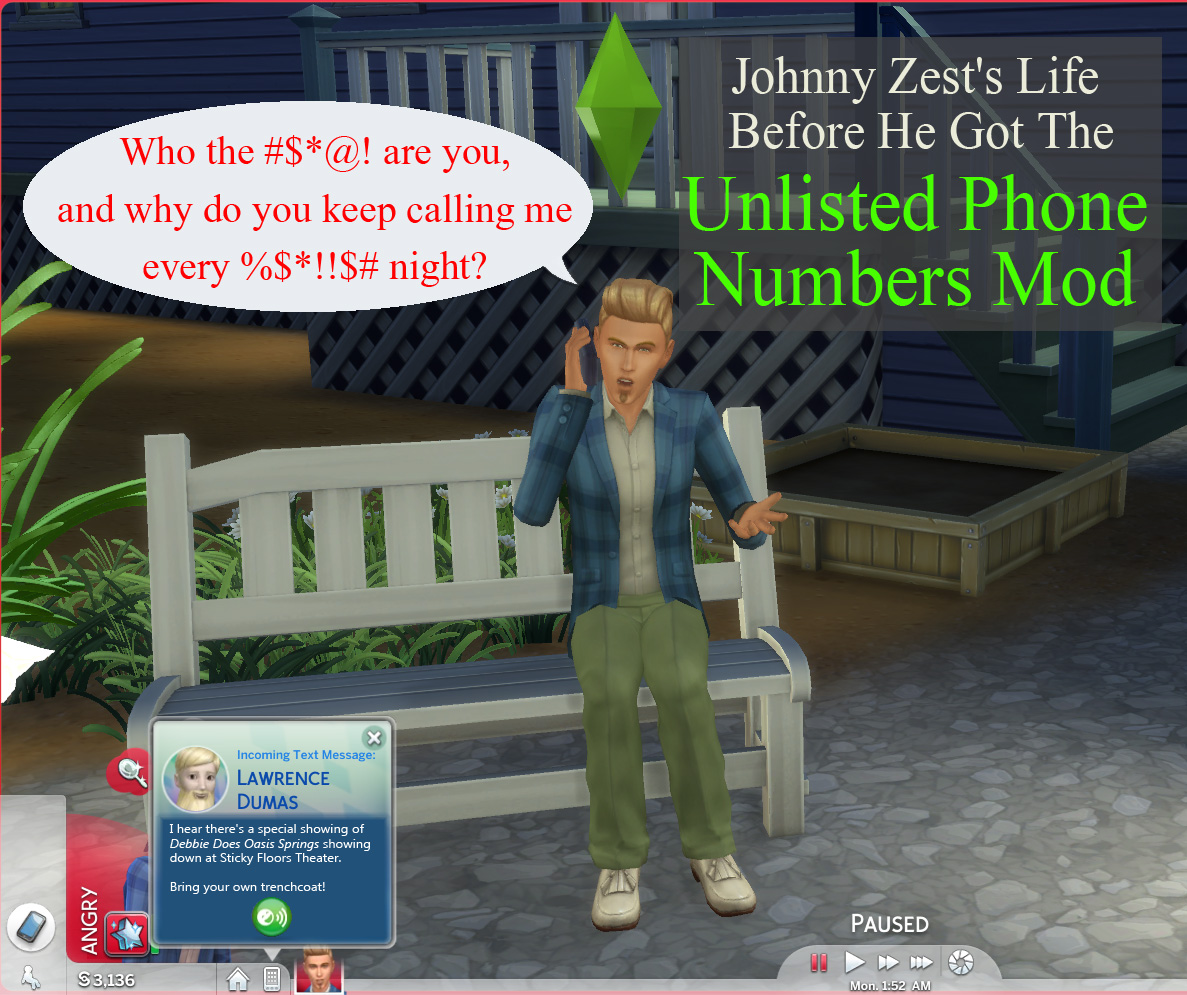 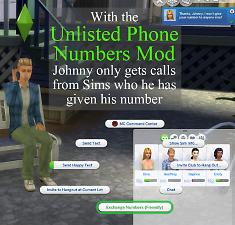 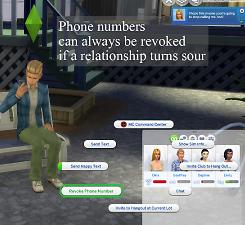 (Note: if you updated yesterday (April 16) you should be okay to skip this update, the April 17 update just fixes an icon override for teens who are grounded.)

When I started up the game after finally breaking down and purchasing Get Together I soon saw the "Exchange Numbers" option between Sims. "At last!" I thought, "strange Sims that mine had met once long ago in an alley somewhere will no longer be calling my played Sims." But I was soon disappointed (for those of you who also have Get Together, you know this was very very soon). The Exchange Numbers romance option is really just a fancy placeholder for asking for a date.

So I turned my mind to making a friendly version of Exchange Numbers that actually did just what it suggests. With this mod in place, Sims that you haven't exchanged numbers with will not call to bother you because they don't know your number. If you haven't exchanged numbers with any other Sims, then your played Sims will simply not receive ANY calls, ever (some restrictions apply, see (*) below for details).

To exchange numbers with another Sim, you can either target them on the relationship panel and your Sim will give them a quick phone call to let them know the number, or you can meet them in person and use the Exchange Numbers (Friendly) option in the Friendly actions pie menu. This will set a new relationship bit between the two Sims indicating they know each others phone number and that will be added to any "Sim Filters" used to determine who might call your Sims during the day to congratulate you on becoming friends with your toddler because she's a really cool Sim, or any of the myriad other reasons they will choose to call.

But at least almost total strangers won't be calling your Sims! (Or creepy old ladies who think they're your Sim children's grandmother)

You can also revoke the exchanged numbers on the relationship panel if you want a Sim to no longer call you.

Terms and Restrictions (AKA Notes)
Installation Instructions and Compatibility

To install, unzip the two files contained in the download file into your game's mod folder. It can be placed in a sub-folder if desired. It uses a script, so the mod cannot be installed more than one sub-folder deep.

This mod was written and tested on Windows for The Sims 4 version 1.51.75 (April 16, 2019). It should be compatible with any stuff or game packs and other mods.