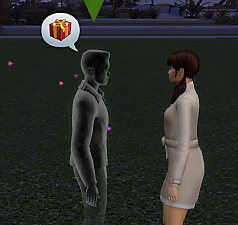 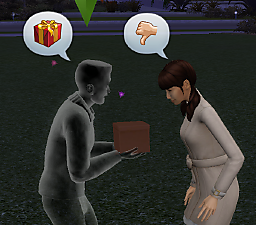 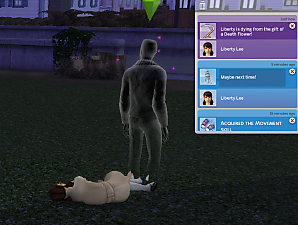 Created by baniduhaine
View all Downloads
Uploaded: 4th Nov 2022 at 9:03 PM
Preamble is context for the creation of this mod, you can skip to Anyway if you would like.

You know, Death Flowers actually kind of come off as really powerful within the Sim-Universe if you ask me. You can use them as ingredients for your death-defying (or death-reversing) concoctions, but what really catches the eye is how they're apparently important enough that you can walk up to the Grim Reaper and just give them a death flower and that's it, easy resurrect. No more steps, it really is that easy.

So what does that tell us? Death Flowers are canonically powerful and quick to sway the Grim Reaper. Reasons unclear, further research needed, but the fact that they are called "Death Flowers" implies some deep-rooted connection. All of this, is the build-up to my complaint: isn't "just" aging people kind of a let-down? Death Flowers can defy death in so many ways and then when you use them for an arrangement, it's just a (in my opinion) lame age-up. Sure, you could go full conspiracy theory mode and say, "maybe it's because Death Flowers are used to restore the life of Sims and so are weaker at taking it" but come on, they're called DEATH FLOWERS.

Besides, the Grim Reaper doesn't drop all duties and come sing happy birthday every time you age up! No, the Grim Reaper shows up to reap souls. So combining all these factors, I see justification to consider the Death Flower's effect over flower arrangements to be fairly weak (I also see justification to say I have explained way too much reasoning before getting to the point).

Anyway. As you likely know, scenting a flower arrangement with Death Flower and giving that arrangement as a gift to a Sim will trigger an immediate age-up on the Sim unless they are an Elder, in which case they will die. It's... something, to be sure. But ultimately means that there aren't necessarily irreversible effects to using a precious resource such as Death Flowers in such a manner. Kind of cheapens their established power.

So, here, I have changed that. In removing the age-up outcome possibility, and leaving all else, now gifting a properly-scented bouquet of flowers to your enemies- I mean, to regular Sims you would like to give a gift to, will always result in the death interaction being triggered even if they are not an Elder. Vindication for all that cost that'd go into getting and using a Death Flower in the first place.

TL;DR: Now gifting a flower arrangement scented with Death Flowers to anyone will yield the same result as if they were an Elder: Death by Flowers, subdeath of ElderExhaustion deaths. Truly a wonderful use of the Flower Arranging skill.

Note that overall this is fairly simple despite the exceedingly long justification, all I did was remove the possibility of the outcome in which they age up, which leads to it falling back to the death unless something prevents the death altogether.

The whole Death by Flowers is also so underappreciated like, I don't think I even saw it on the wiki despite it having its own ghost.

Credits:
Note that since this death comes with the Seasons EP, you'll need that for this mod to be functional.
Files Need help with downloading or installing content? Click here!

– Other
Back to top