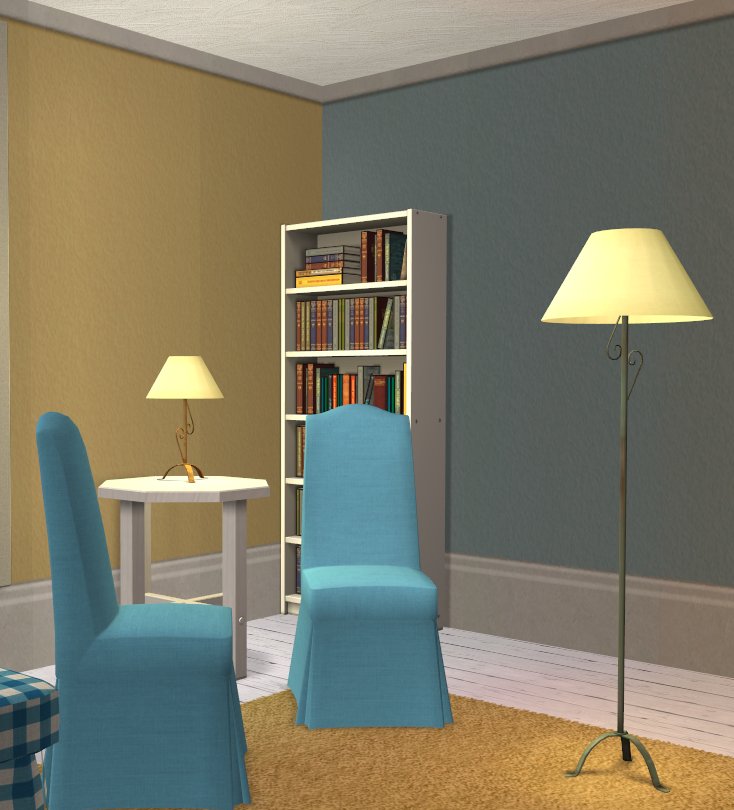 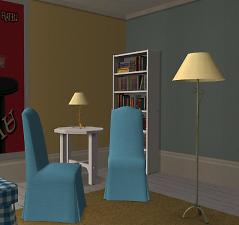 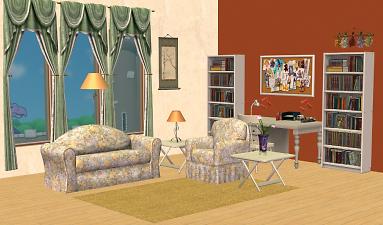 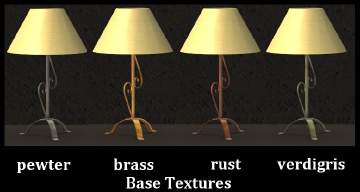 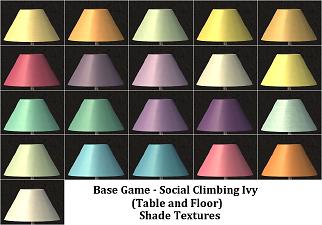 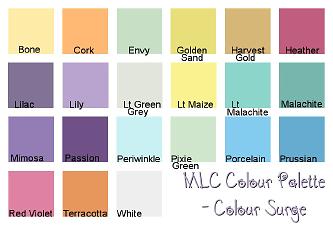 Created by celebkiriedhel
View Policy / About Me View all Downloads
Uploaded: 31st May 2014 at 12:24 PM
Updated: 3rd Jun 2014 at 6:38 AM
At Leefish we had an event called Secret Scuba - now over. My Scuba recipient was MustLuvCatz (MLC) who I made a palette for from the makeup palette that she liked the colours from. (See Picture for colours).

I made her many, many, many recolours of curtains that was her wish. I was looking in the catalog for some nice lighting for some decorating I was doing and realised that (a) the Social Climbing Ivy Lamp was a really nice shape, and (b) the textures were seriously sucky. I have attempted to rectify this.

There are 4 metal retextures for the base: 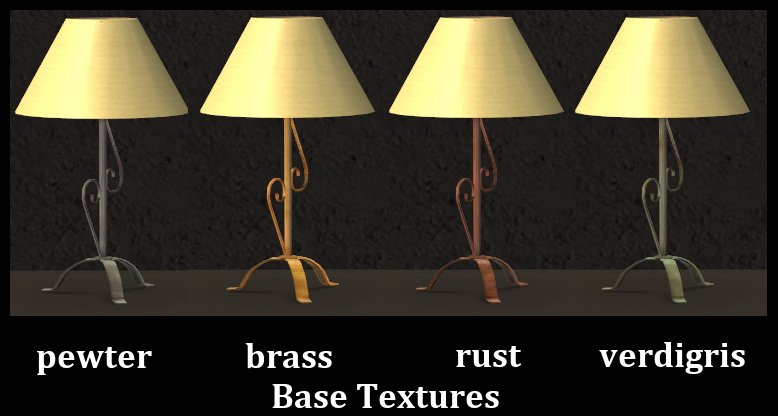 There are 21 fabric retextures for the shade:

UPDATE: Because I didn't check that Shasta had already done the metal base - she has, with a bonus Cast Iron texture! So go to her blog and get the extras! :D

Additional Credits:
Metal textures are from Shastakiss, who is awesome.
Linen texture is from Amythestfenix, who is awesome.
Chairs in lit/unlit pictures are holy simoly Adele chairs which have been repositoried to the Jonesi Blanket, and use the Secret Scuba Blanket recolours I did for MLC (in porcelain).
Curtains in in-game setting are Base Game curtains that use Secret Scuba recolours for that curtain (in Envy).
Carpet in pictures is the Night Life SunGyu carpet in Secret Scuba recolour (in Harvest Gold)
This is a Maxis Recolour which means that it is a recolour of an item that already exists in your game. Please check the Pack requirements to see which game pack it recolours.

Policy: Do what you like with my stuff. If it's somebody else's mesh - then abide by their TOS. Don't be a Dick.