Haunted ~ An Abandoned House: based on RL Crittenden Farm in Ohio, USA 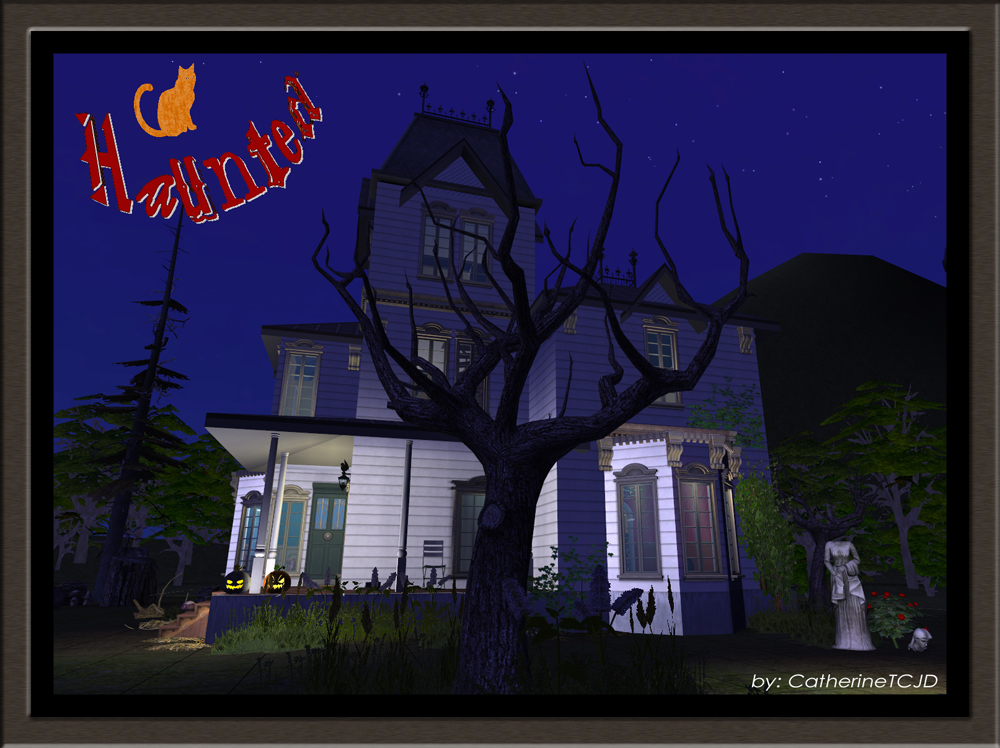 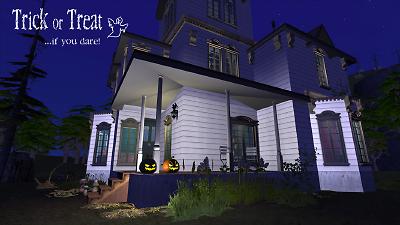 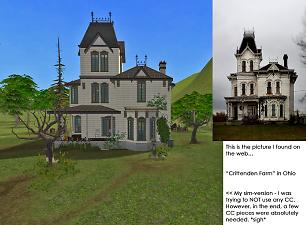 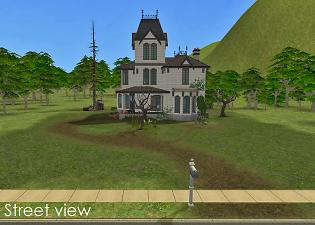 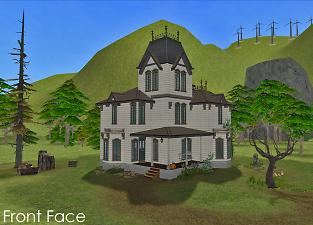 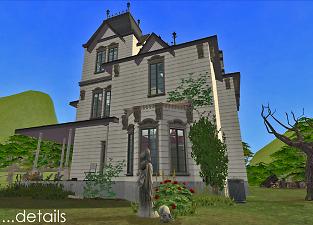 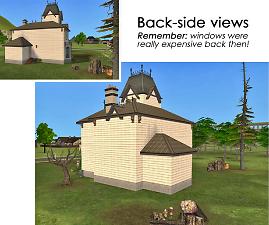 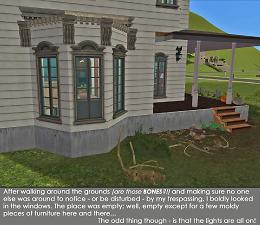 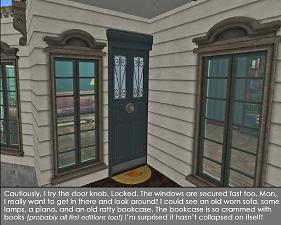 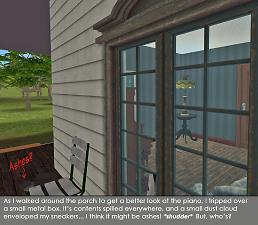 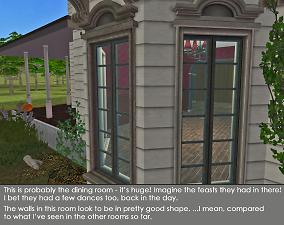 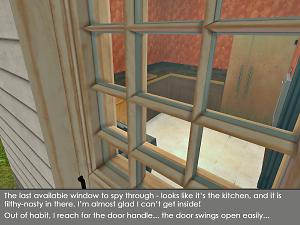 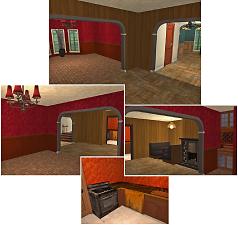 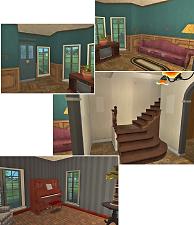 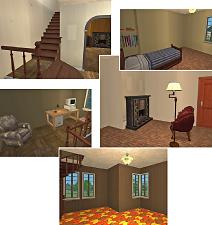 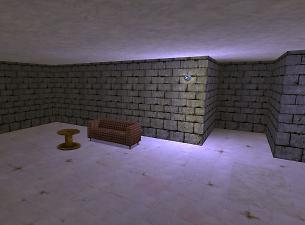 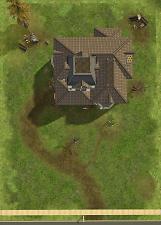 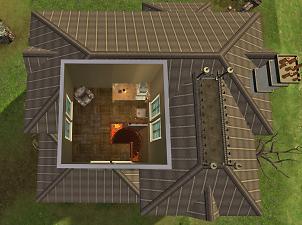 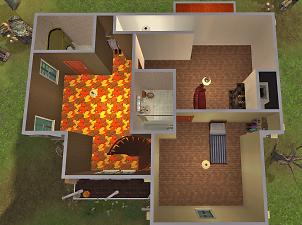 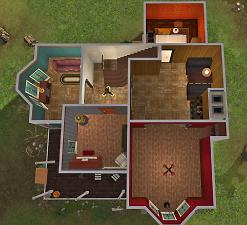 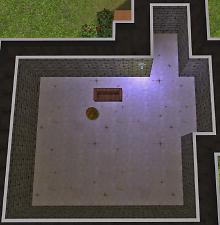 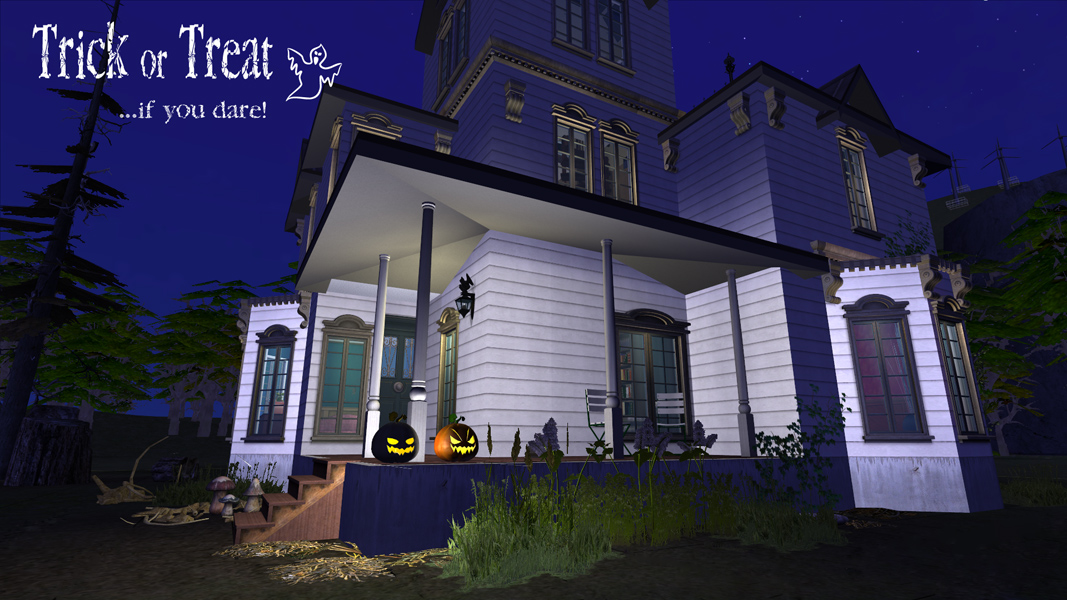 I lost my way one day while strolling through Tumblr (you know, like you do...) when I found this gorgeous picture of an "old abandoned house". There was quite a discussion following below the picture about where this farm was located - no one seemed to know. One of the 'common-taters' said it looked spooky. I just thought it was a gorgeous old house, and immediately pinned it to my "Old Houses" board.

Then I got to thinkin'... On a lark, I tried google's image search function; and, low and behold, there it was! I later confirmed it with the photographer (who had "taken so many pictures of old abandoned farmhouses, that she couldn't remember exactly where this one was")

This is Crittenden Farm BEFORE it was restored, sometime in the 1980's. 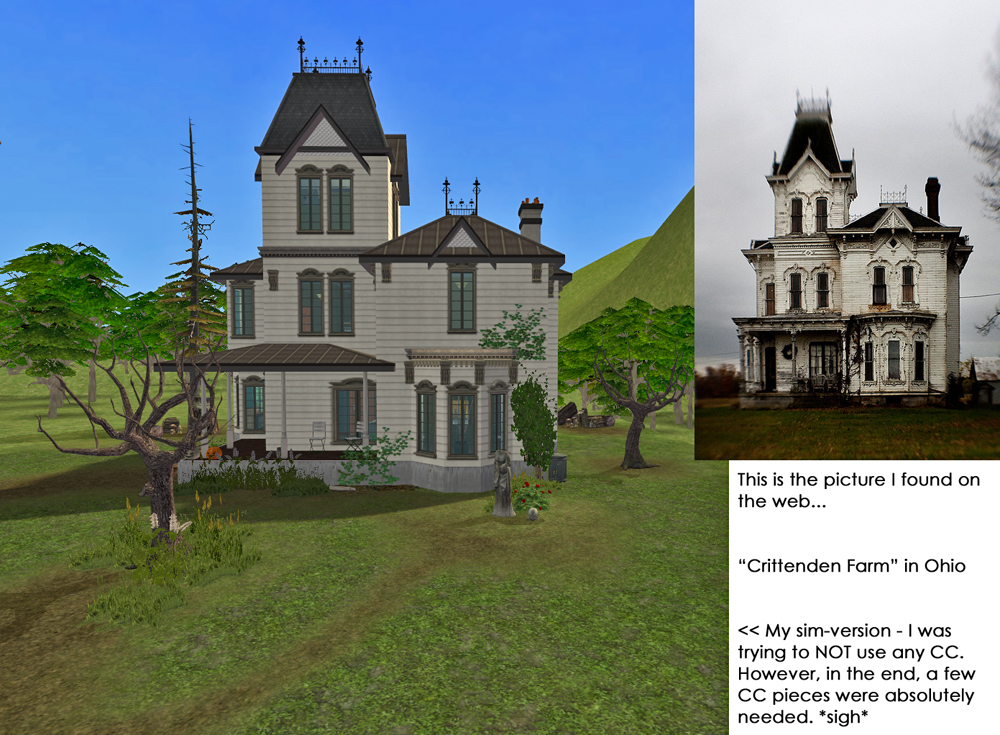 I know, I know, my version isn't nearly as ornate or Italianate as the original, but that's because I was trying to spare the CC. Please add all the beautification/degradation CC to it that you want

For instance: the roof should be blacker, the siding is too clean - and needs a more ornate border, the gables need more decoration, the whole thing lacks dirt... But, what really bugs me, is that I could only put one window where there should be two, over the bay windows. Stupid EAxis! Why can't a 'fence' (as the deco/border atop the bay is) interact with a window? Grrrr.

I have no idea what the inside/floorplan is like in RL, so I gave it my best educated guess. The house was originally built around 1875 (or began construction around then) The National Historic Register says that 1878, was a particularly significant year for this property also. So I designed the floorplan to reflect all that. Please scroll through the pictures above for a personal tour of the house (as I imagined it!) 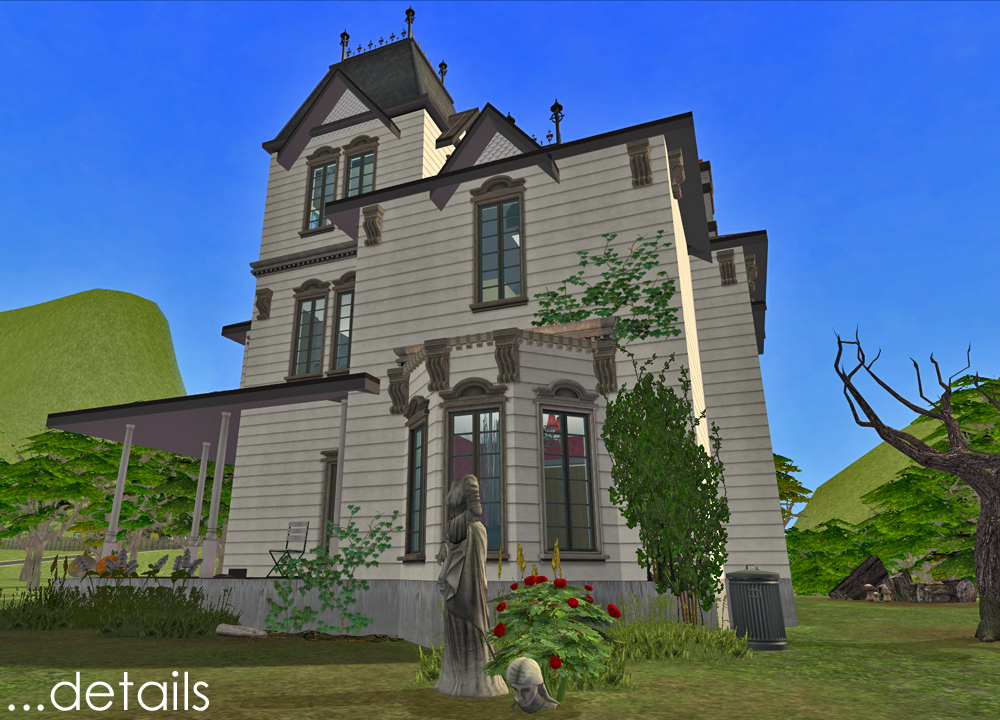 This farmhouse is sparsely furnished with all the 'old junk' that Maxis gave us, and most everything is present that a sim will need - if they want to live there. This is a clean, never inhabited copy of the lot.

In spite of it's 'abandoned' condition, it costs way too much for a 'starter' sim house. There is no phone or alarm system, but there is an old ancient PC in the upper-most room. Plumbing has been incorporated upstairs, and at some point the house was wired for electricity - as evidenced by the bright lights. There needs to be a downstairs bathroom next to the staircase - which should be 'added on' from the outside. And there is a basement, but it is not accessible (unless you can teleport!) My thought is to add a storm-cellar entrance from outside, next to the kitchen. I didn't add it already due to CC concerns.

Necessary, and NOT included - GO get it:

Numenor's Unlevel Wall - #90 is an absolute necessity! Without it there are big gaps over the windows!

Then there are these items, mostly deco, that I don't think will break anything if you don't have them. Your walls will just be blank, etc:
The Grinning/Wicked Jack-O'Lanterns are from the old S2 Store and can be found at the Graveyard
Bones and Petrified Wood are from the Castaway Stories stuff at MATY (in reply post #17)
If the grungy appliance recolors didn't come from EAxis, then they are from devilsrope (post #2536)
Salvaged grungy stove is from Castaway Stories], extracted by Richief (in reply post #45)
The sponged walls (Kitchen and Dining rooms) are from Life Stories, extracted by Argon (found in post #1: Argon LS Build2)

Additional Credits:
Special thanks to Mary Hockenberry for taking the original picture I found

Thank you EAxis for this wonderful game