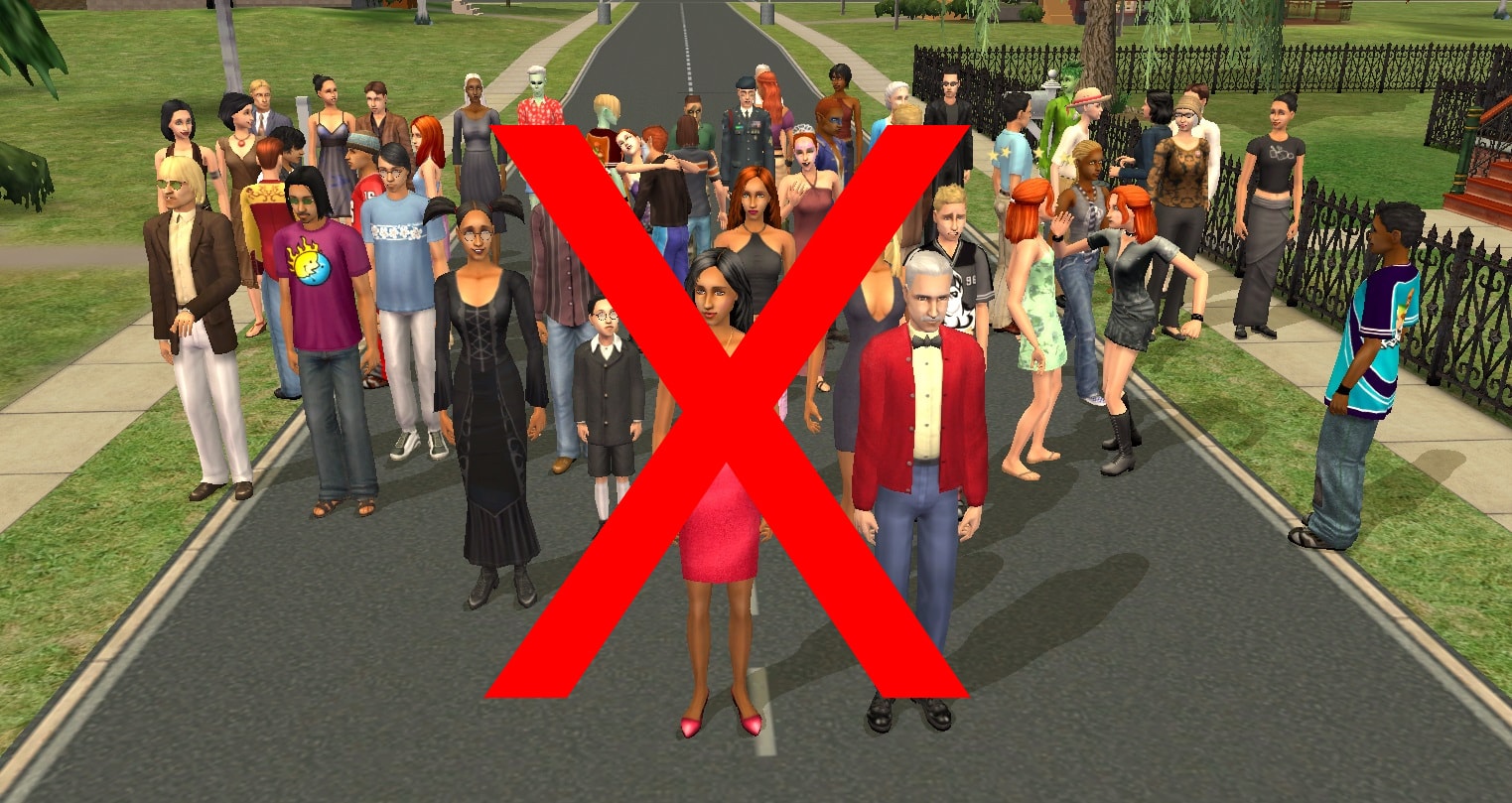 Created by Jawusa
View all Downloads
Uploaded: 27th Jul 2018 at 1:54 AM
Updated: 22nd Mar 2022 at 10:31 AM
Hi all,
I'm glad to say that the clean and empty neighborhood templates I've been working on for years (since 2015!) are finally finished and ready to be uploaded officially... and here they are ready to be downloaded officially.

Anyway, please re-download the neighborhood templates if you had dowloaded the previous versions.

About Use
Basically, these neighborhood templates can be used if you want to make-over the houses/neighborhoods. Rather than making-over the original lots directly, I'd recommend you to use my templates. In this way, you can ensure that your made-over lots are completely free and safe from Sim References. Otherwise, leftover trash files might be transferred with your uploaded lots.

These neighborhood templates have been created using Numenor's AnyGameStarter in an empty environment, so, there are absolutely NO sims at the beginning.

I decided to also include bonus versions, such as vacation destinations/universities being main hoods... or main hoods being shopping districts, etc.
You might have to change lot zonings in some neighborhoods (for instance, secret lots), but I guess they'd play well as main hoods.
You'll need Mootilda's Fix Subhood Selection mod in order to use the bonus neighborhoods.

Whatever you decide to do with these neighborhood templates, you're free to do so! Feel free to upload made-over EA neighborhoods using my templates as a blueprint. This is why, I made them. LOL!

About Development
After doing Clean And Empty Stealth Hood Templates, I decided to also clean and empty the other EA neighborhoods. I know this isn't something brand-new, SaraMK over at MATY already did this back in 2006. But it turned out that the neighborhood templates over there still contain sim data and still aren't "empty", since we didn't know about neighborhood corruption back in those days; we thought, using the cheat "deleteallcharacters" would be a safe thing to do.

However, Mootilda found out that this cheat corrupts the neighborhood. Of course, we now know that there's a way to delete sims using the Deleted 2 Method, but even if, there STILL are junk references left, so it's not guaranteed to be 100% safe. Instead, she found a MUCH safer way to delete all characters from a neighborhood without even having to delete any sims. The trick is to create a new, fully empty neighborhood and transfer all of the lots over. She wrote a tutorial for that, which can be read here.

This solves the issue with the sims... but there's still something left inside the lots which needs to be removed as well; as the sims leave Sim References behind. Although the sims are no longer there... and although all of the furnitures have been removed, the sim references are still there.
Mootilda and I did lots of research on this. We first thought the sim references are stored in the furnitures, but this has turned out to be wrong. Actually, you can keep the furniture, it's the leftover Sim Relationships, Wants and Fears, etc that somehow get lost into the lot files and corrupt the neighborhood; not the kept furnitures.

But then, she passed away in 2014, leaving me alone with this mystery. I was only 15 years old back then, which is why, it took me a while to figure out the truth behind the Sim References. BUT I discovered a way to remove them in the end and uploaded the first cleaned-up versions here I couldn't have achieved this without your help, Mootilda! I wish I could upload this with you, since it was OUR research.
Rest in Peace, Mootilda! I can't thank you enough for making this possible. Thank you! Thank you! THANK YOU!

About Installation
I actually intended to create a long list with all the neighborhoods and their corresponding paths, but then, I realized that it would be too confusing.
This is why, I also split the neighborhoods into individual posts, so, it is also easier to download the neighborhood templates you really need for your game, according to your EPs.

First of all, if you haven't installed Clean And Empty Stealth Hood Templates yet, I'd advise you to do so now.

After that, you are ready for neighborhood template shopping!

Update: 15th January 2019
For those who use Windows 10 and have difficulties with getting these templates to work.
If you see that the default sims still appear in your neighborhoods despite of installing these empty templates, please try the following.

Apparently, Windows 10 stores the default templates somewhere, which is why, the game still adds the characters to the neighborhoods.

In order to fix this, go to C:\Users\Your Username\AppData\Local\VirtualStore\Program Files (x86)\EA GAMES
and install my templates there as well, just like in the normal Program Files. Thank you, somedaythesun for reporting this issue!

Update: 22nd March 2022
Apparently, the base game and the first add-ons (University and Nightlife) were released later in some countries, out of sync with international releases. That's why some languages, that present in local licensed versions of TS2, weren't included in my original templates. This is true for Hungarian and Russian. So, the amazing Lowedeus fixed the resources of the BG hoods, universities and Downtown subhoods with the resources from his licensed copy of TS2 to add support for the missing languages. You can find his updated clean and empty templates here! Other than the language strings, nothing has changed though.

Thanks a bunch, Lowedeus for your hard work! It's greatly appreciated!

Note: Templates since OFB already include these languages. It's just the early TS2 games that had missing language strings.

The downloads are in the comments, so...

Click on each expansion pack that you have installed to download the templates and it will re-direct you to the download post. Instructions on how to install those are also included in these posts as well. Like the stealth hood templates, you don't need all EPs for one neighborhood template. Only the corresponding EP which the neighborhood came with.

About Additional Credits
Obviously Mootilda for literally EVERYTHING! For her tutorial on How to safely delete all characters from a neighborhood, on How to Create a Custom Subhood Template and How to Change the Neighborhood Type. For her helpful programs, such as HoodChecker, her HoodReplace and her Fix subhood selection mod. Also, for her research about sim references! I miss those old conversions about sim references with you in the PMs. You taught me so many things I could never learn.

Rest in peace, Mootilda! You've been nothing but help... not just to me.. to literally EVERYONE!

Chris Hatch for modding Mootilda's Lot Compressor so, it's got the option to remove sim references now.
joandsarah77 for writing a proper tutorial on How To Clean A Lot of Sim References based on my instructions.
Numenor for his AnyGameStarter
MTS for being such a great site!
EA for or developing such a great game and creating the neighborhoods in first place
The makers of SimPE And of course, a BIG THANK YOU goes to ALL playtesters, helpers, etc over at the Creator Feedback Forums!

I'm SO SORRY if I missed anyone. Please let me know, so I can add you to the list as well.