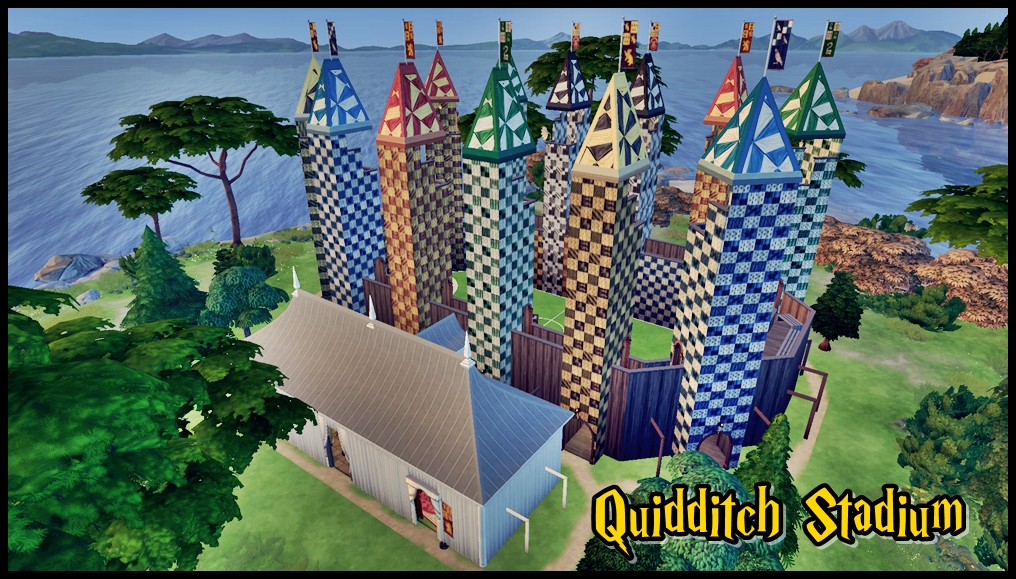 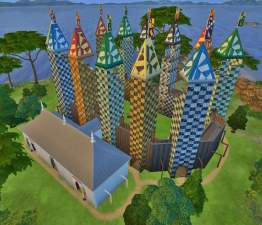 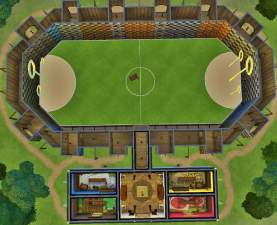 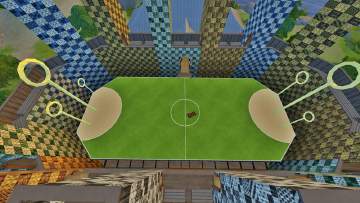 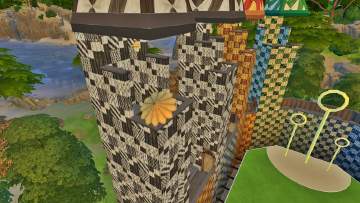 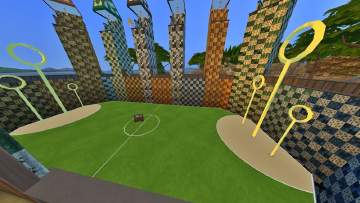 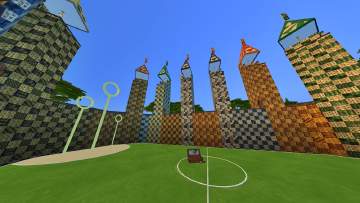 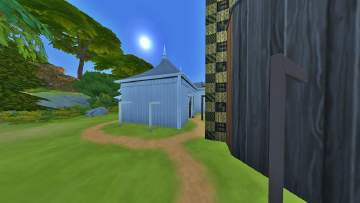 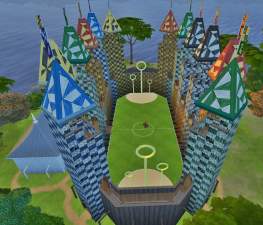 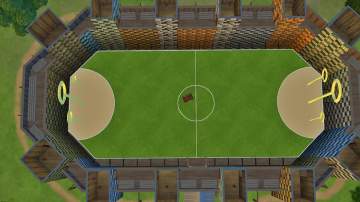 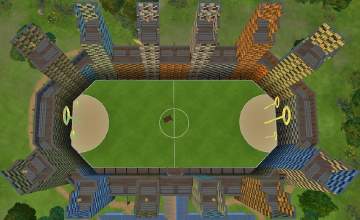 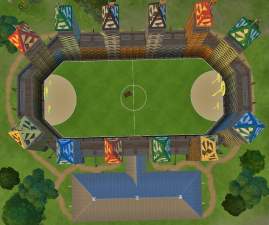 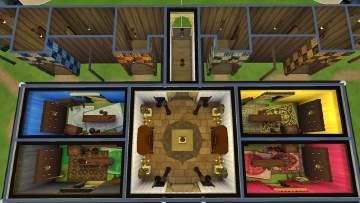 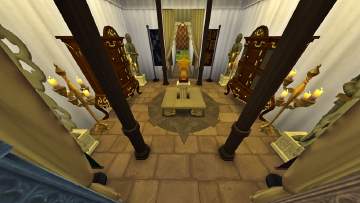 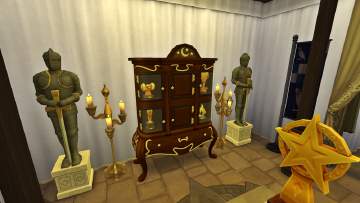 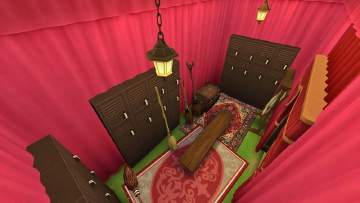 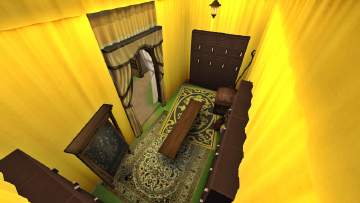 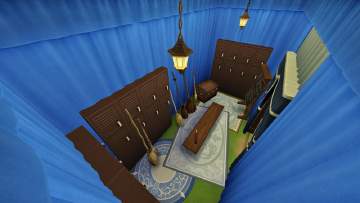 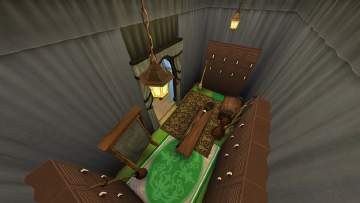 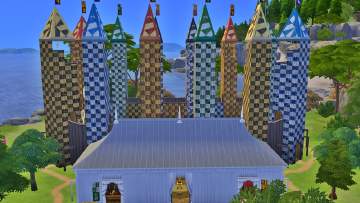 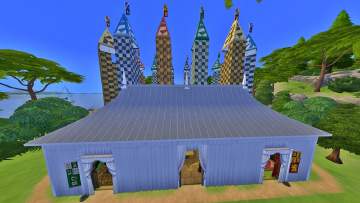 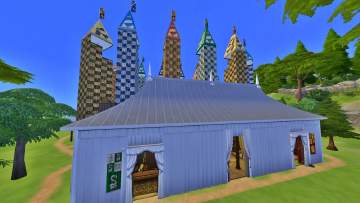 Quidditch is a wizarding sport played on broomsticks. It is the most popular game and most well-known game among wizards and witches. Quidditch pitches are typically in the shape of an oval, five-hundred feet long and one-hundred and eighty feet wide, with a small central circle of approximately two feet in diameter, from which all the balls are released at the start of the game. At each end there are three hooped goal posts of different heights, surrounded by a scoring area. As Quidditch is an aerial sport, Quidditch pitches usually feature spectator seating at high vantage points, whether in towers (such as at Hogwarts) or in a fully-encircling platform style (such as the British stadium that held the 1994 Quidditch World Cup).

This is my version of Quidditch Stadium for TS4. This is community lot , mostly usable like a park. There are no toilletes, there is stadium with towers, tent (where players change their uniforms) , in the middle of the tent is trophy hall.

(CC is required for fully expirience but not included with lot)