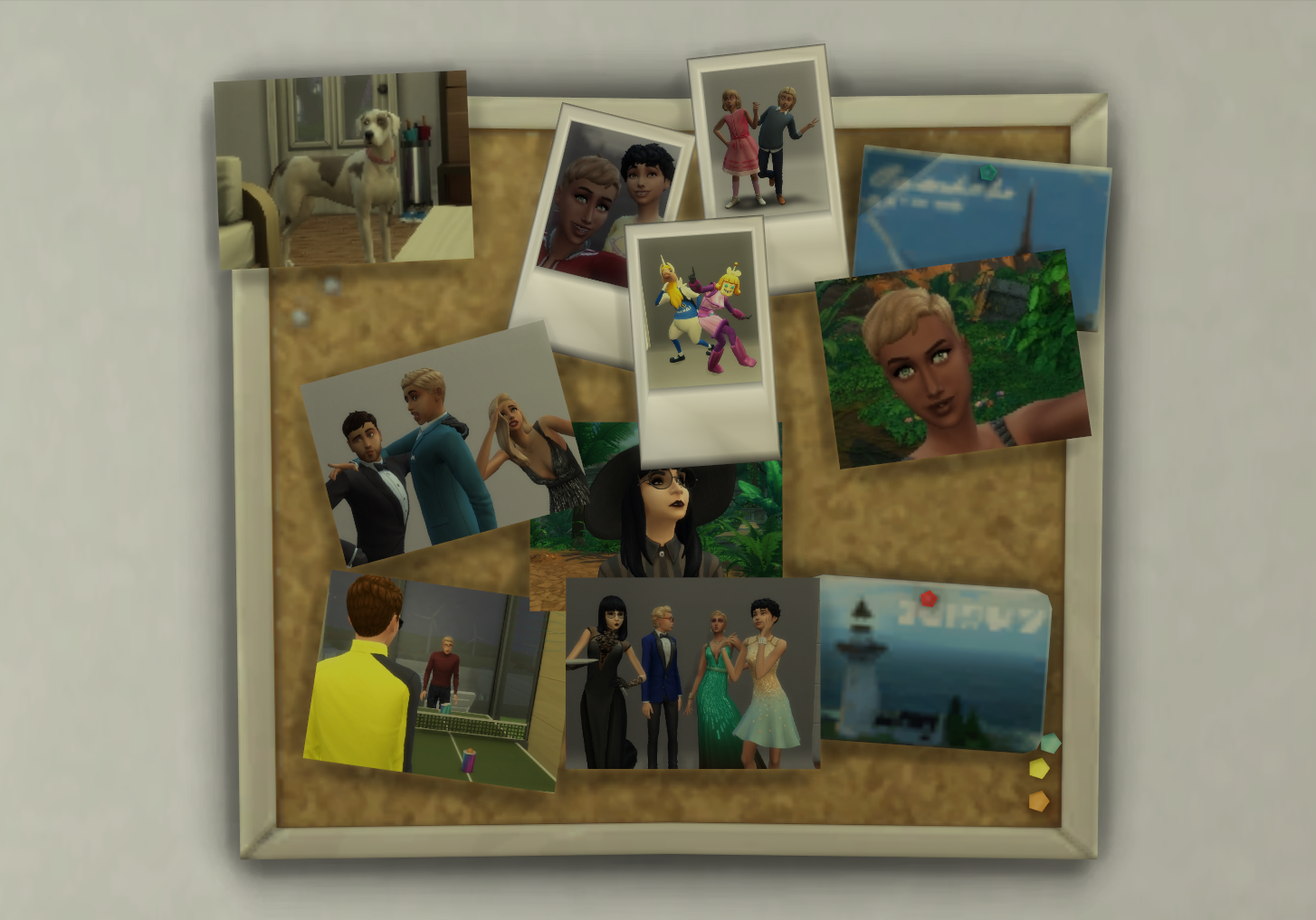 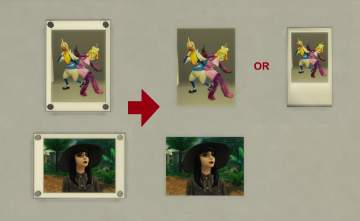 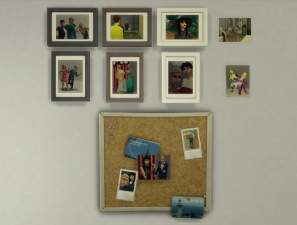 Created by zanazu View Policy / About Me View Downloads Home

*** This is my first mod and, not surprisingly, making it turned out to be more difficult than I thought. That means it still needs some polishing, as not everything is working as it is supposed to. I'll be working on fixing those issues in the future***

While I'm still fighting with issues described below, I finally found time to at least make some changes that were requested in the comments:


You know how sometimes you want to make a collage of your sim's photos on a wall, but the"remove frame" look STILL has a sort-of a frame? Sometimes I want to decorate a teenager's room with photos they took and let's be real - not many teenagers would put every single one of their photos in passepartout and behind glass. I just want it to look like they simply taped it to a wall!


1.
This mod overrides the basic photo files - meaning that it changes the behaviour of the "remove frame" option from the pie menu to actually removing the frame and everything else surrounding the photo itself. As long as this mod is in your mods folder you won't have access to the original look (passepartout and glass).

For some reason changing the meshes messed with the ability to place photos on flat surfaces like tables and shelves. Additionaly, some of the frame swatches dissapeared and the remainig three (black, white and dark brown) switched places in the menu and overrode the missing ones. You can still use them, but keep in mind that those issues exist for now (I intend to try and fix them in the future).


2.
The second change this mod introduces is the ability to pin small photos to the corkboard meant for collecting postcards. Both photos and postcards can now be pinned to it. Photos now copy the behaviour of postcards, so you just need to drag them to the board. I recommend using the bb.moveobjects cheat for more slots, because the photos don't want to snap to all of them otherwise.


3.
Last but not least, you can choose the version of the mod that swaps the standard small portrait (vertical) photo to one that looks like a polaroid. Keep in mind that that would change all small vertical photos to this look so I added that as an optional file if this is something you're interested in.

The download folder contains seven files:
I updated the files so that the surface object aren't needed for this.

If you want all the standard features you shoud put all the files from the first three points and ONLY ONE of the last two files in your mods folder (delete the other one!).
You can, however customize the mod a bit. For example you could choose only one of the files and have the other orientation completely unchanged. This was a bit of a side effect before and since you don't need two files for one object anymore it's not going to work. If you are interested in such a feature however, I could probably make it work.

Any mods modyfying those tuning files will conflict with this mod.


Only choose one of the files in the folder "smallPortrait-chooseOne": portraitSmall or portraitSmall_polaroid. Delete the other from your mods folder.