Ariana Grande (The Sim + Various Outfits from her "Thank U, Next" Era) 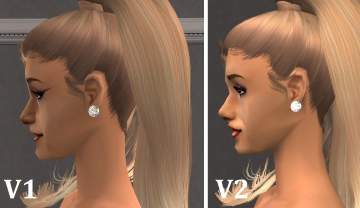 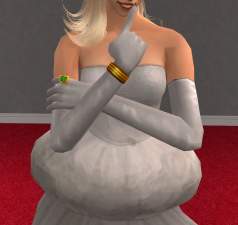 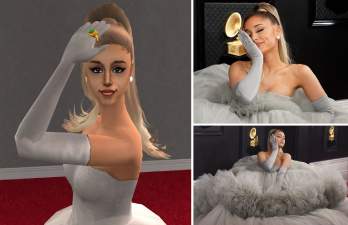 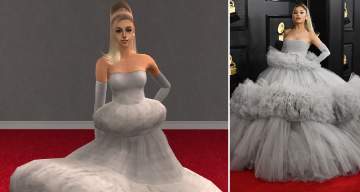 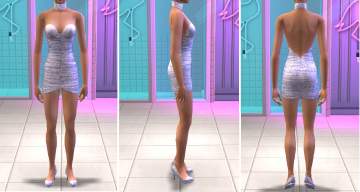 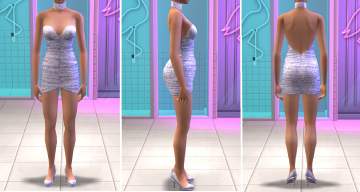 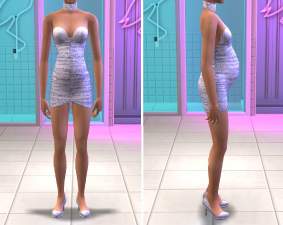 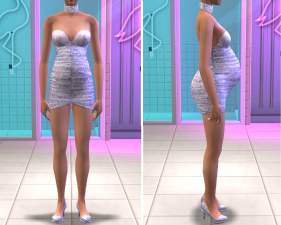 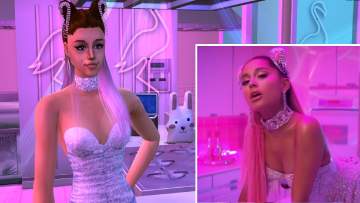 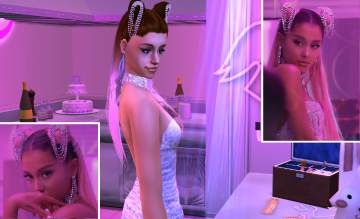 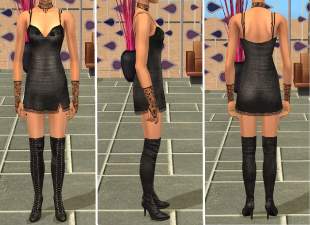 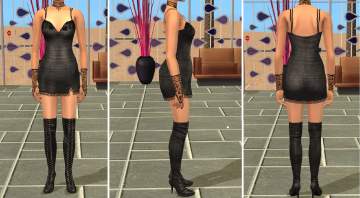 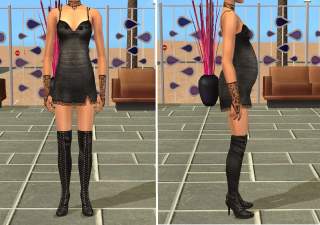 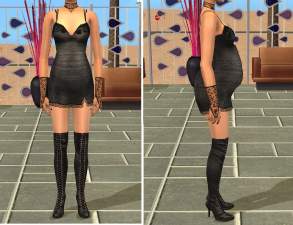 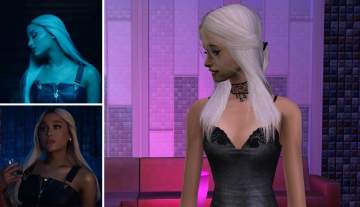 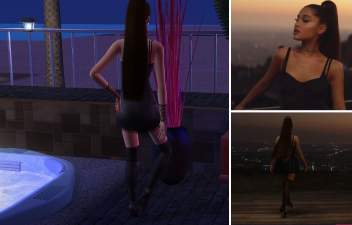 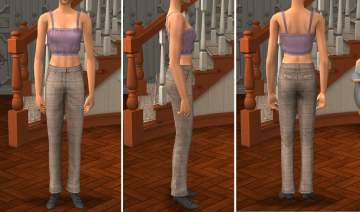 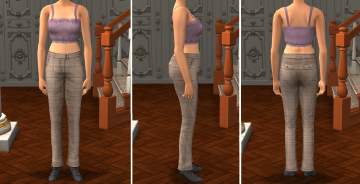 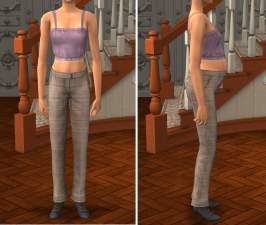 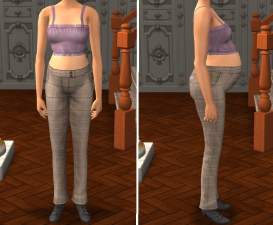 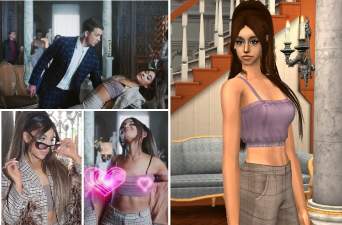 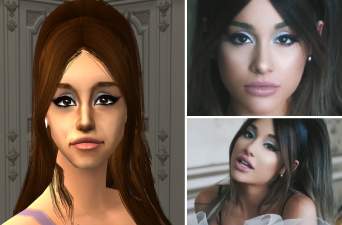 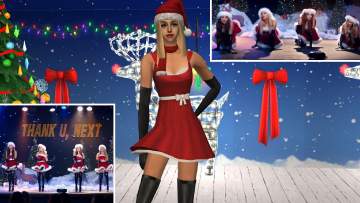 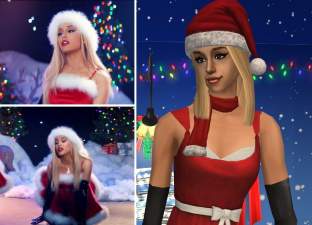 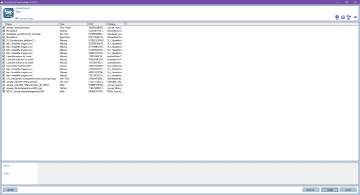 Who is Ariana Grande? 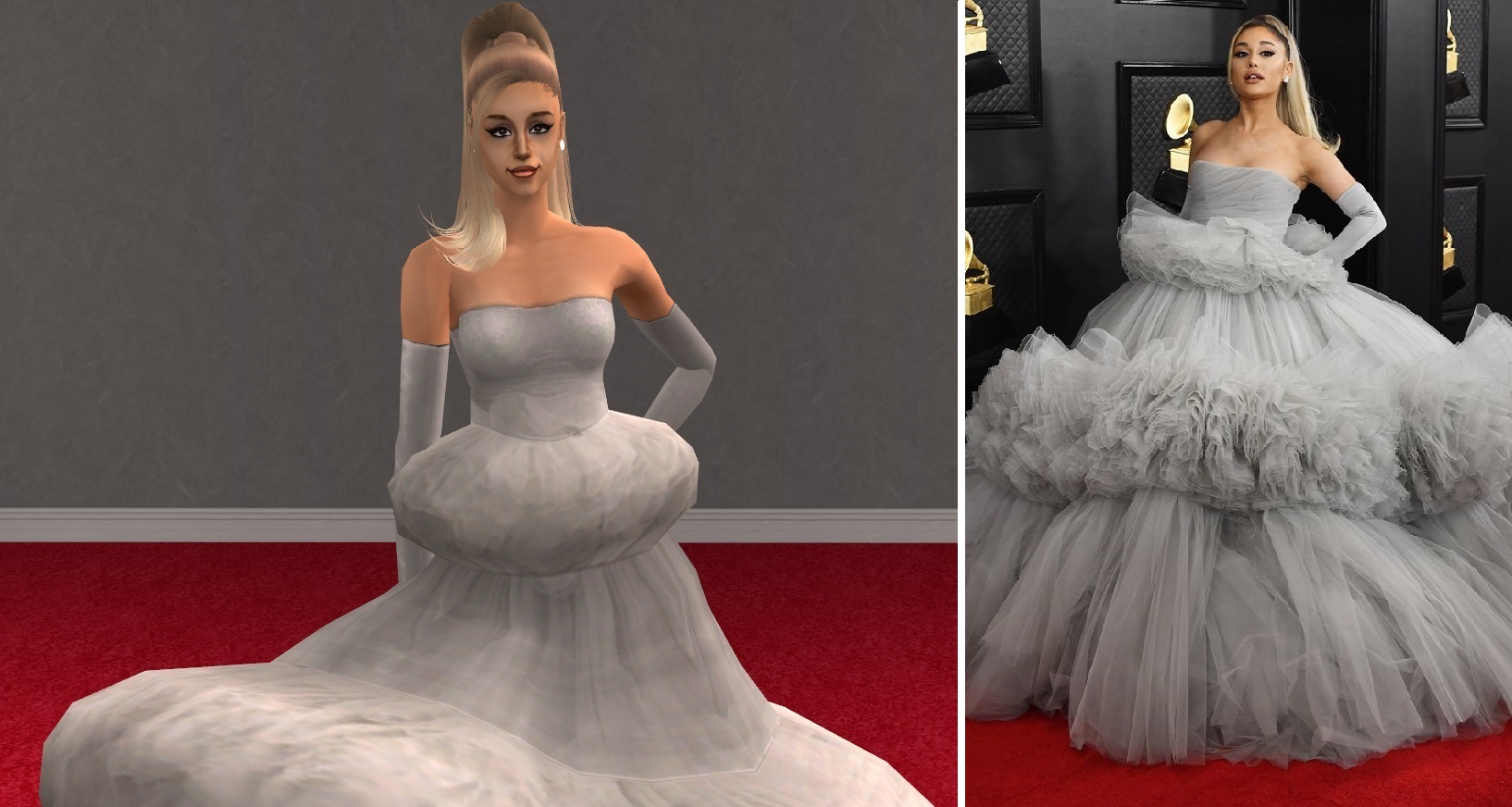 Update: 25th March 2022
Wow, it's been almost 2 years since I uploaded this sim! Time really flies by, lol. Anyway, ever since I've uploaded the sim, I've been wanting to revisit editing this sim, because I didn't really like how her lips turned out, but couldn't fix them either at that time, lol. So, after a while, I think I finally found out what was kinda off and managed to fix the slightly assymetrical lips and her side profile to make her resemble the real Ariana Grande even more (at least, hopefully, lol!) Anyway, I hope you like this new improved version!

By the way, I decided to still keep the original version up for download, just in case someone prefers the old version and would like the download that version instead. Either way, I hope you have fun and happy simming!

When I recreated Ariana Grande's "Mean Girls/Thank U, Next" Outfit back in January this year, I received requests of the actual sim pictured in the screenshots. But when I had a look on her face, she didn't look anything like Ariana Grande to me at all! She looked terrible, lol! So, I opened up this CFF forum to improve her and after 2 months of editing her facial features here and there, I'm so happy now to present you the final version (at least I think it's the final version? Lol) of my recreated Ariana Grande sim. Oh, and I tried to use as less CC as possible and keep her still Maxis Match. I worked really hard on this and tried to tweak her face as much as I could to make her look as close as possible. I even went into details by recreating facial features like her slightly asymmetrical eyebrows for which I've even created my own slider. Lol!

Alongside the dramatic gown she's worn at the Grammy's this year, I also attempted to recreate her other outfits from various music videos from the Thank U, Next era to go with the upload.  Because, in case you didn't know, in 2020's Grammy's, she was nominated in five categories, including Album Of The Year and Best Pop Vocal Album for Thank U, Next. Record Of The Year and Best Pop Solo Performance for '7 Rings' and Best Pop Duo/Group Performance for 'Boyfriend' with Social House. Also, as mentioned above in the Wikipedia quote, the singles 'Thank U, Next', '7 Rings', and 'Break Up with Your Girlfriend, I'm Bored' made Ariana Grande break the record of being the first solo artist to hold the top three spots on the Billboard Hot 100, something that hasn't been seen ever since The Beatles in 1964. These singles actually made her appear at the Grammy's in the first place. Lol! So that's why, I decided to recreate all of her other outfits, which can be seen in the music videos.

So, yeah, you can kinda tell that I'm pretty proud of her as an Arianator (= Ariana Grande fan), because I first knew her as an actress in the Nickelodeon television series Victorious. (Nostalgia? Lol!) And was a fan of her ever since, so I literally witnessed her rise to fame ever since the beginning! That's why, I'm uploading this. And to tell the truth, the Thank U, Next album is my favorite album of hers, too... so that's why I went for this theme.

Side note: The sim is shown in various looks, but she's only packaged in the "Grammy's" look. So, if you prefer the other looks, have a look at the "Recommended CC" section to see how you could change her to make her look like in the screenshots. But other than that, she should be BG compatible!

As for the outfits, they should be all BG compatible as well! All of them are enabled for Young Adults & Adults only and are found in the Everyday & Formal category (except for the "Boyfriend" outfit which is Everyday only). Fat and pregnant morphs are included as well! Animations and all should work fine for all of the outfits, except for the "Grammy's" outfit. I tried to fix the bone assignments/vertex weight as much as I could to make the animations look more natural, but in some cases, it still looks weird, for instance when the sims sit down or walk. Have a look at the screenshot to see what I mean. On a side note, just imagine you'd have to go down stairs in a dress like this! Ouuch! But hey, at least your sims can do that!

Also, I'm super sorry for uploading that many screenshots? Lol! But since I had recreated the outfits and all, I thought I might as well recreate the background scene from the music videos to go for the upload!

Resource Credits:
1. "Grammy's" Dress:
- I've used EA's yfbodydressformaltrumpet mesh (which is the age-converted BG teen prom dress from The Sims 2 University/Nightlife) as a blueprint, but heavily modified/expanded it.
- Gloves and ring were extracted from EA's afbodydressscarfgloves mesh (which is the diva outfit from The Sims 2 Nightlife).
- The texture was made from various Google Images of Ariana Grande at the Grammy's (mostly by GettyImages).

2. "7 Rings" Outfit:
- Frankensteined mesh from Skell's "Naughty" Outfit (edited white recolor) with added preg morph
- Shoeswap with EA's afbodyshortdressshoesep2 mesh (which is the red shiny party outfit from The Sims 2 Nightlife, which was originally created by a CC creator btw).

4. "Boyfriend" Outfit:
- A heavily altered mashup and recolor of 2 EA's afbodytankberlinpants and afbodylaraoveralls meshes, which both came with The Sims 2 H&M Stuff Pack.
- White nails were extracted from EA's Base Game Bella Goth outfit and recolored to white

Custom Content Not Included (Required):
- Base Game "Curly" and "Slant" Eyeshadows as Eyeliners! by DiLight
Side Note: You might be able to skip this download here, but she might not look exactly like the screenshots and she might lose her eyeliner wings without this mod, but it's kinda a must to create Ariana with her iconic cat wings & ponytail. So I had to use this mod. Lol!

Recommended CC (Not Required):
To make the sim look like in the screenshots, I recommend...

1. "Thank U, Next" Look:
- Hair: Santa Claus Hat Converted For Females by me
- Outfit: Ariana Grande's "Mean Girls/Thank U, Next" Outfit by me
- Lipstick: I used EA's Dark Red Lipstick (second last in the game catalogue)

Additional Credits:
- To everyone who gave me helpful feedback over at the CFF forum while sculpting Ariana's face, ESPECIALLY jotaerre, who was patiently waiting for me to do the edits and motivate me throughout the creation process. Sending you tight hugs, my friend!

- But also everyone in the Discord server, which include Lyralei, CatherineTCJD, zoe22, WatermelonSandal, JustJones, fascisthater, Rosawyn and anyone who I've missed. Thank you so much guys!

Honestly, I couldn't have achieved to make her look that close without your help guys! Just... look at the initial version at the other thread, LOL!
- To jotaerre and Lyralei once again, lol, for helping me with fixing the bone assignments/vertex weight issues in the "Grammy's" dress. Without you guys, the animations of this thing would look even weirder! LOL!
- To all the original creators mentioned above which include LeahLillith, Skell, Amidalasims, aweeshie, RentedSpace/serenity_fall and of course EA!!! For their awesome creations which I used as a blueprint to create, mix and match all kinds of meshes, textures and put these outfits all together.
- To all custom slider creators mentioned above.
- To CmarNYC for Meshing Toolkit
- Oh, and to SimPE, BodyShop, Milkshape and GIMP, of course!

Also, please me let me know if I missed you, so I can add you, too!