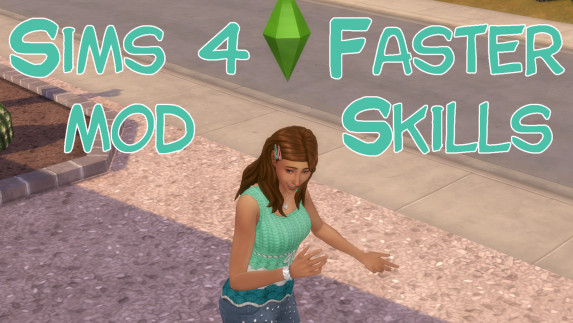 What does the mod do?
This mod makes skills progress faster.

How does it do that?
The script adds a hidden trait to all sims that gives them a skill boost. Probably not the best way to go about this, but hey, if it works, it works. ¯\_(?)_/¯

Comes in multiple flavors (ONLY PICK ONE!!) :
Instructions :
Pick and download whichever flavor you prefer (only one of them, though!), and place it in your Mods folder. This is a script mod, so make sure not to put it any deeper than one folder deep, or it won't work.
You need both the .package and .ts4script files.


Conflicts :
This is technically a custom trait, so none.


Note :
This mod is intended for people who don't have MCCC. Those who do can use the "Adjust Skill Difficulty" setting under "Gameplay Settings", and set it slower (using negative numbers) or faster (using positive ones). MCCC can make skill progress up to 10 times faster, and 50 times slower. I'd recommend using that setting if you have the mod, instead of my mod, as that will reduce the number of files your game needs to load.