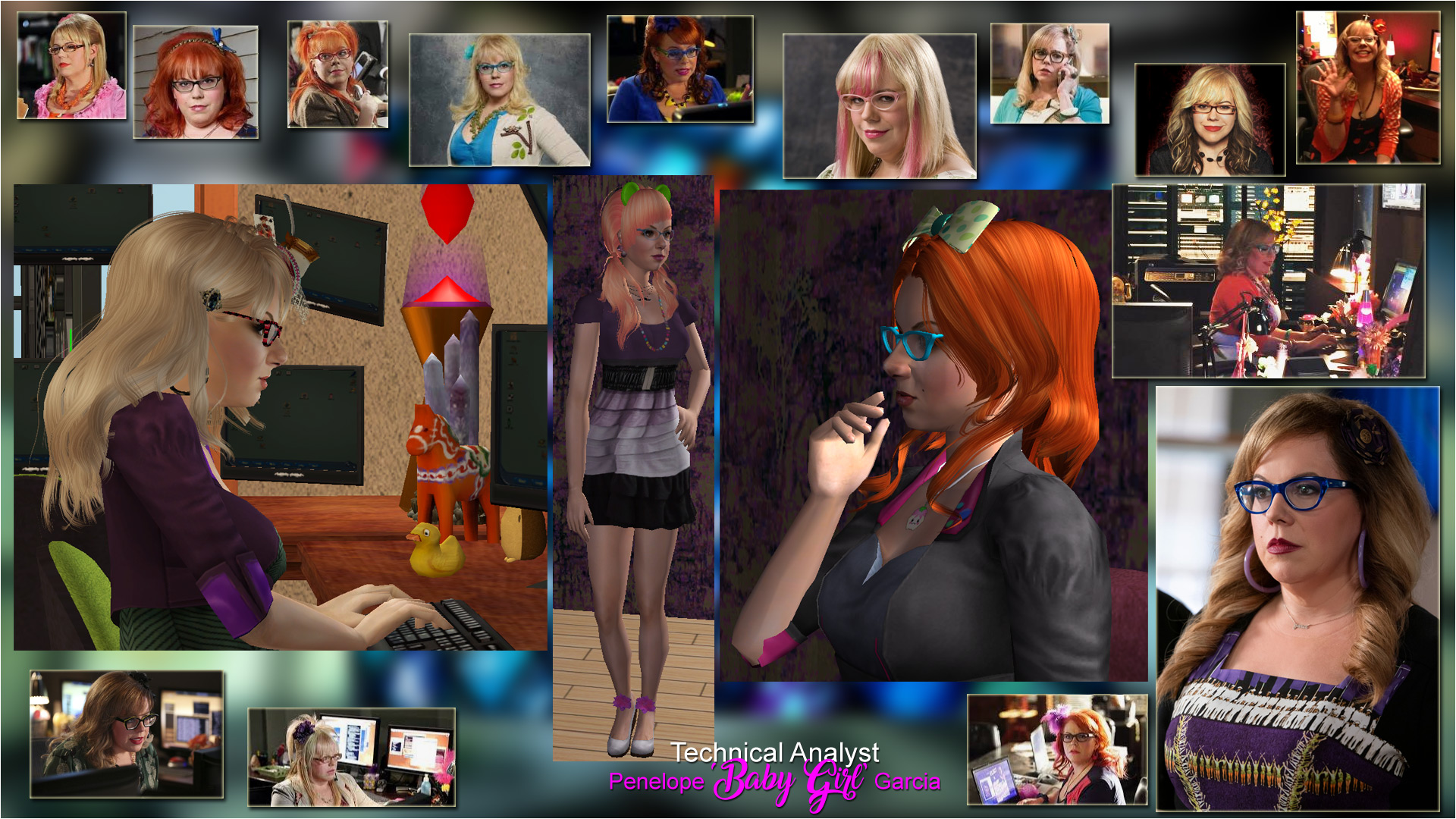 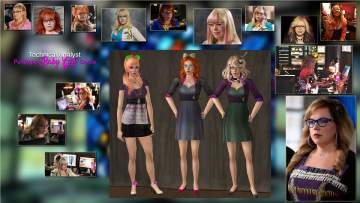 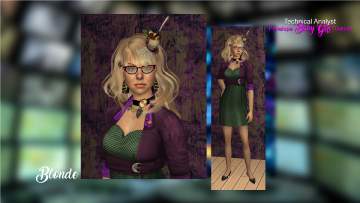 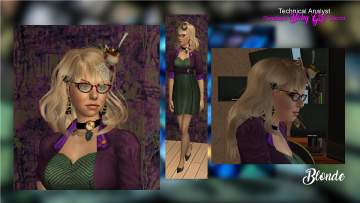 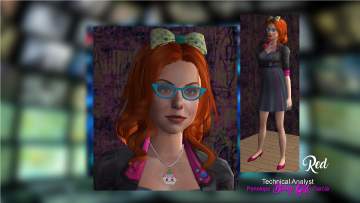 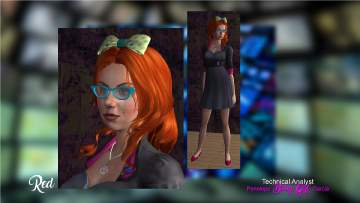 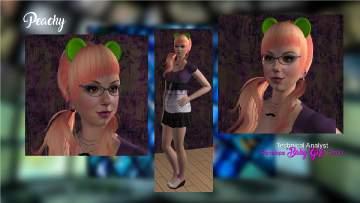 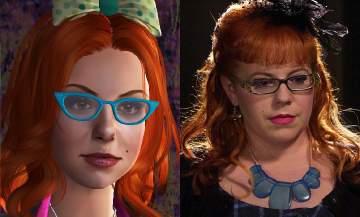 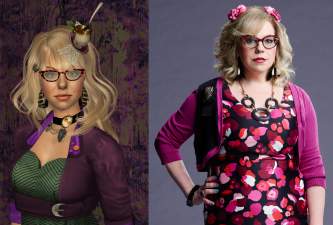 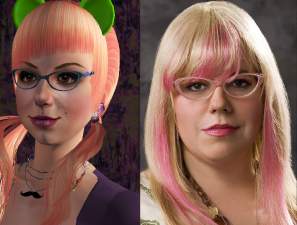 Comparison pictures.
No, my sim isn't an identical copy of that fantastic woman. More like an interpretation. Sims 2 has its limits with curvy people, and I don't mesh.

2020 is finally over. How do you feel? Isn't it awesome??
What a terrible year, lol.
.
.
.
.
.
.
Criminal Minds - Technical Analyst Penelope 'Baby Girl' Garcia as portrayed by Kirsten Vangsness
I made a sim after a spectacular woman today 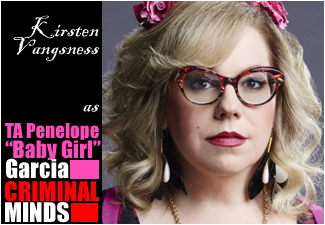 .
.
.
.
.
.
Wiki says
Penelope Grace Garcia is a fictional character on the CBS crime dramas Criminal Minds and its short-lived spin-off Criminal Minds: Suspect Behavior, portrayed by Kirsten Vangsness. She is the technical analyst of the Behavioral Analysis Unit that is the center of both shows. She has also made multiple guest appearances on Criminal Minds: Beyond Borders, making her the only character in the franchise to appear in all three of its series.

Criminal Minds is an American police procedural crime drama television series created and produced by Jeff Davis. It premiered on September 22, 2005 and has run for fifteen seasons on CBS. It tells the story of a group of behavioral profilers who work for the FBI as members of its Behavioral Analysis Unit (BAU).
.
.
.
.
.
.


Links to Wiki and more

.
.
.
.
.
.
Quotes by Garcia
He who seeks the Queen of All Knowledge, speak and be recognized.

If it walks like a duck and looks like a duck, then it's a duck, and frankly I think you're up to your knees in a duckpond.

That is a new deal and as fast as a caffeinated cheetah riding a lightning bolt, I am on it!

Forget flossing those pearlies, my babes! Because, thanks to two fillings, I've been able to identify your latest barbecuer.
.
.
.
.
.
.
Technical Analyst Penelope 'Baby Girl' Garcia, for your Sims game


She's the Heart and the Soul and the How and the Why.
She's the reason I started watching Criminal Minds.

Years ago, I was looking for a new series to watch, something with Nicholas Brendon in it (I had a little crush after the Buffy series, lol). The first episode I watched was the one where they have this hacker battle together. And then I was hooked and had to watch all the rest.

For me, with Penelope, it's never been about Morgan (and I am not simming Morgan! I was team Kevin! lol). A girl has to have more... perspective, than her universe revolving around some unavailable guy.

You can find the perfect place for her in your game. She deserves that. Criminal Minds is one of the darkest series of the family-friendly television. And for so many years, she made it all better with her own little brand of sunshine. For her team, yes, but also, for us. 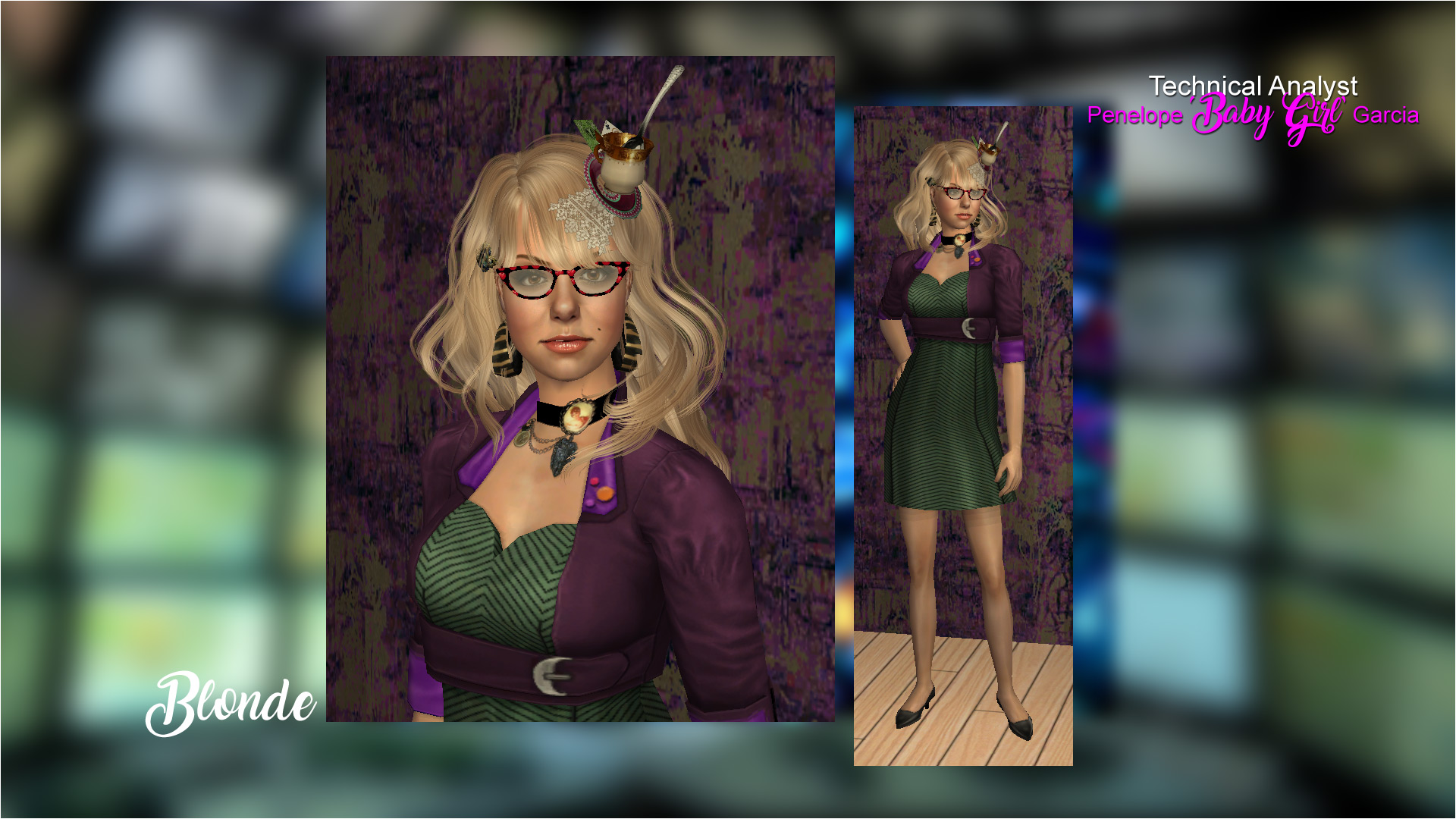 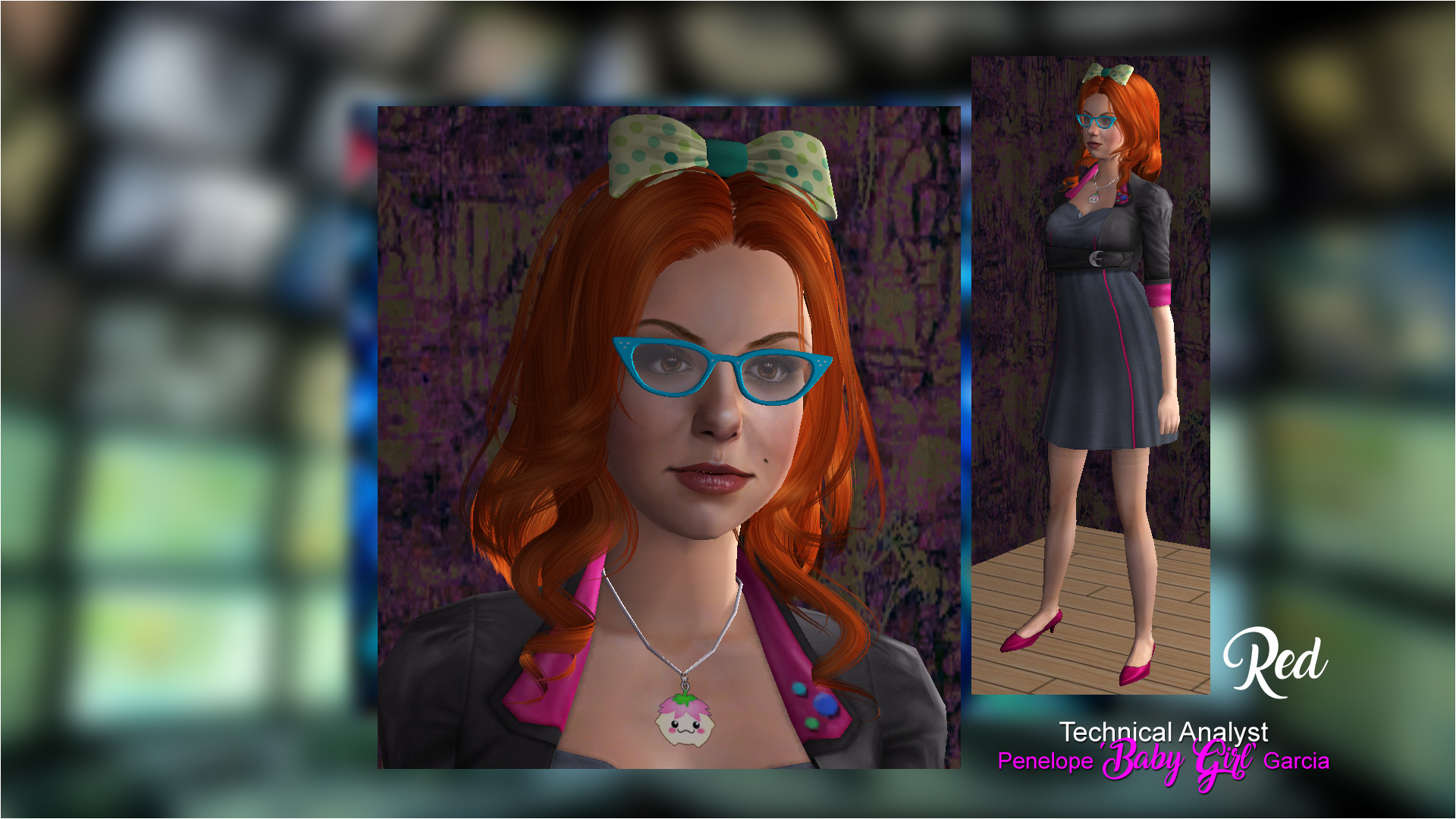 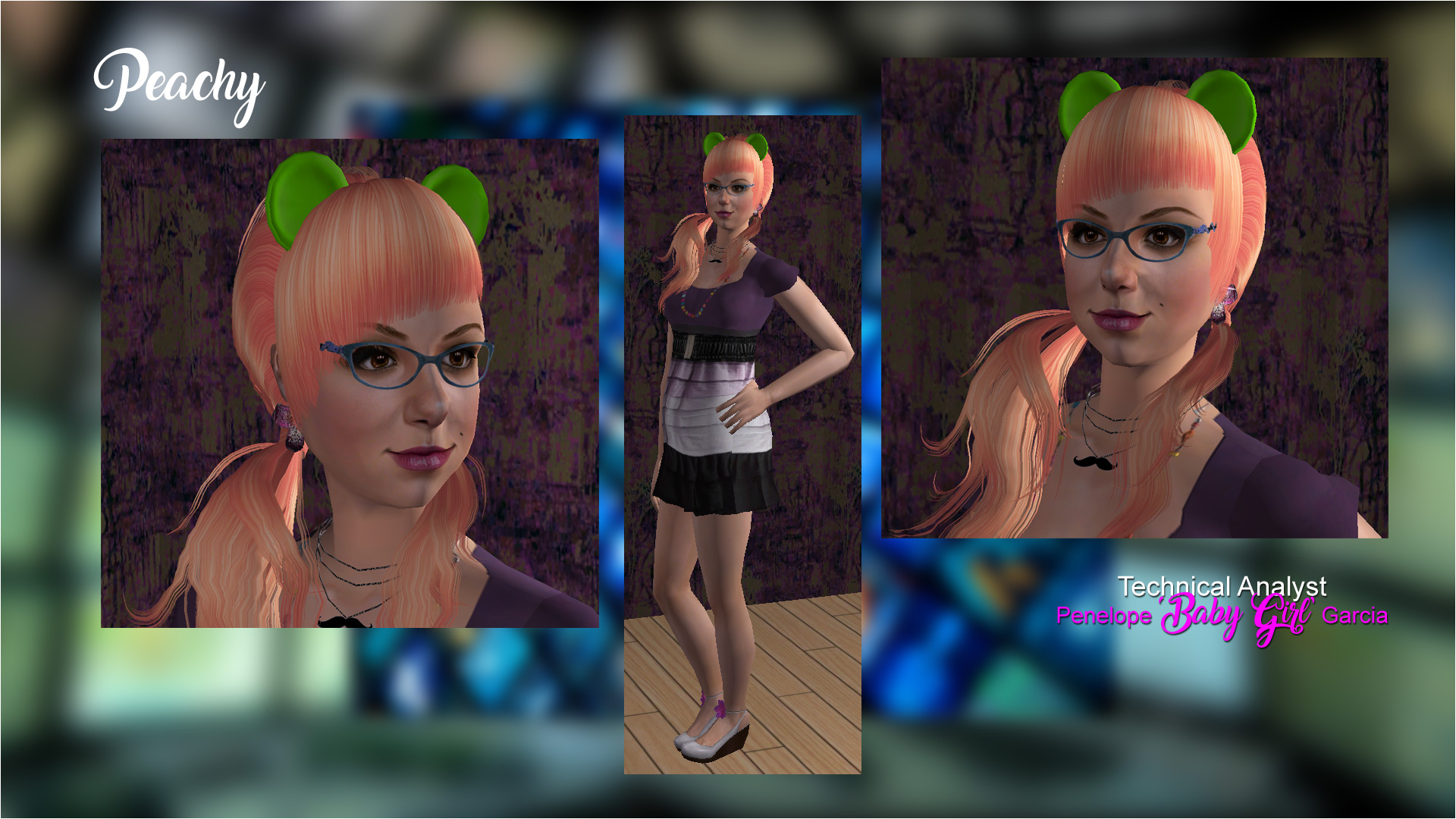 .
Video : JJ, Garcia and Prentiss at a bar
https://youtu.be/hHMVJyMWXrk

.
Video : She's different. You have no idea.
https://youtu.be/Il2c5PpPHkg

.
There is a lot more great videos of Garcia on YouTube, but I couldn't put them all. Seek them!

Facekit by Simple Life Chagasi
My link leads to a page with several items - here is the list of what was used for this sim:
- 'Double eyelids 4', third tone
- 'Faicial Shadow and Highlight', nose-root, under-eye3, cheek2, under-lip and jaw, all 5 in the lightest tone

Note : This Garcia's body shape is not as splendidly plump as the real amazing woman. Sorry! I wish I could make her 'just as she is', but eh, this is Sims 2. There's a few bigger fat morphs out there, but the selection of clothing and accessories for them is rather limited, and this girl makes her fashion choices like a pro. I went with what had the best potential. I hope you like, despite the slimming. ^^
.
.
.
.
.
.
Additional Credits:
A big thank you to the kind people of MTS on the Creators Feedback forum, and to my friends on Facebook, for their help. You are awesome.