No Lightnings During Storms - Global Hack 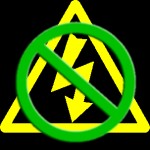 WARNING: This is a Global Hack, i.e. it will affect all the lots in all the neighborhoods; it might be unknowingly exported along with the lots, so please check them with the Clean Installer before sharing.

You might think that this mod is just useless, but it's not.
It has been requested to me by a simmer that suffers for epilepsy, and therefore couldn't play with the Seasons EP, due to the lightning flashes.
Since that user was not the only one to ask me to have this mod, I decided to post it publicly, so that anyone interested can get it easily

IN GAME USAGE
With this hack installed, you won't see any more lightnings during storms. The hack should prevent not only the lightnings across the sky, but also the ones that hit the ground, the objects and the sims.
Please keep in mind that only the visual effect is prevented: the sound of the thunder, as well the consequences of a lightning strike (including the death of the sim hit by the lightning and the breakage of objects) are still in the game, and won't be prevented in any way.
Probably you might be puzzled when a TV set suddenly breaks up, because you couldn't see the lightning hitting it; but this is a side effect that just couldn't be avoided

.
WARNING: this hack is still in testing: it *is* possible that some types of lightnings are still visible; I tried my best to search (and suppress) all the possible lightnings, but I might have missed something.
The hack has been tested for two days, with a continuous rain created by the weather machine; and not a single lightning was visible (I could hear the thunder); but again, please be careful: as soon as you see a lightning flash, close the game (and possibly report to me what you were doing when the lightning struck) .


INSTALLATION
Unpack the attached zip to your Downloads folder (you can also use the Q-Xpress, if you like).
To uninstall, remove the package from the Downloads.


GAME COMPATIBILITY
This hack requires the Seasons EP. It won't harm the games without Seasons, but using it without Seasons would just be pointless.


REDISTRIBUTION POLICY
Unlike my other creations, feel free to do whatever you want with this hack.
Spread the word! If you have a friend that suffers for epilepsy, tell him to get this hack