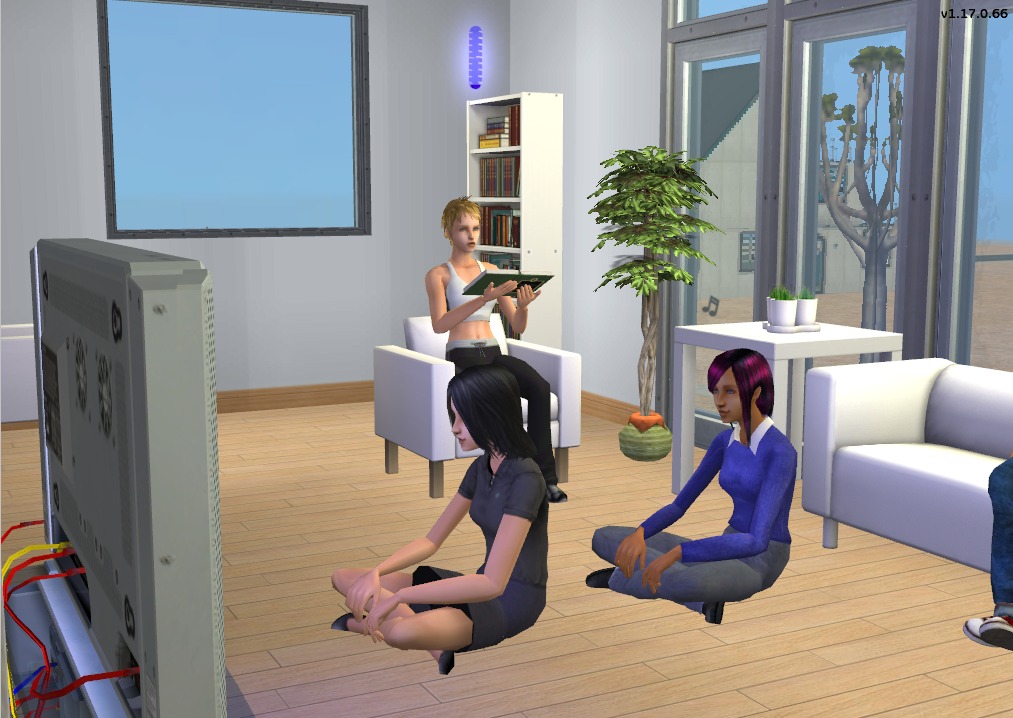 2,371 Thanks  Thanks     232 Favourited
Picked Upload! This is a picked upload! It showcases some of the best talent and creativity available on MTS and in the community.
Study Skills Faster will boost the speed of skill studying with normal, non-traditional and special skills on the regular bookcases and the career reward bookcase (with the Golden Book attached to the top).

Studying normal skills' speed has been doubled. The Sims will spend around an hour or two gaining the first 4 skill points individually. At around the 4th skillpoint, it takes slightly longer and then thereon, with each skillpoint gained, the Sim will spend a bit more time, BUT they won't take forever to gain all 10 skillpoints in a given normal skill such as Cooking, Cleaning and Mechanical.

Also, the above applies to the non-traditional skills normally not found on the regular bookcases but on a single book left out on the floor or table surface and on the career reward bookcase like Body, Creativity, Logic and Charisma to name a few.

Studying special skills' speed has been boosted significantly to give the Sim roughly 1 to 2 hours studying a special skill like Parenting, Lifelong Happiness and so on.

The Sims will study skill points at the normal rate (Maxis) from Cooking, Cleaning, Mechanical and from other skills - Charisma, Logic and so forth. BUT the mod boosts the speed at which the Sim will study special skills such as Parenting, Counseling, Fire Safety and so on (roughly 2 Sim hours).

This will or will not conflict with other book and study-related mods and maybe Monique's computers (both FT and AL), BUT I doubt they will. If they do, please let us know.

**Backwards compatible with the base game (Sims 2), BUT FreeTime is required in order to study the special skills like Parenting, Physiology, Anger Management and so forth. I think Seasons requires the gold-book-on-top bookcases (career reward) for Sims to study other skills like Charisma, Body and such. You won't expect to see your Sims gaining special skills like Parenting if you don't have FT or get the gold-book-on-top bookcase to allow your Sims to gain skills like Charisma if you don't have Seasons.**