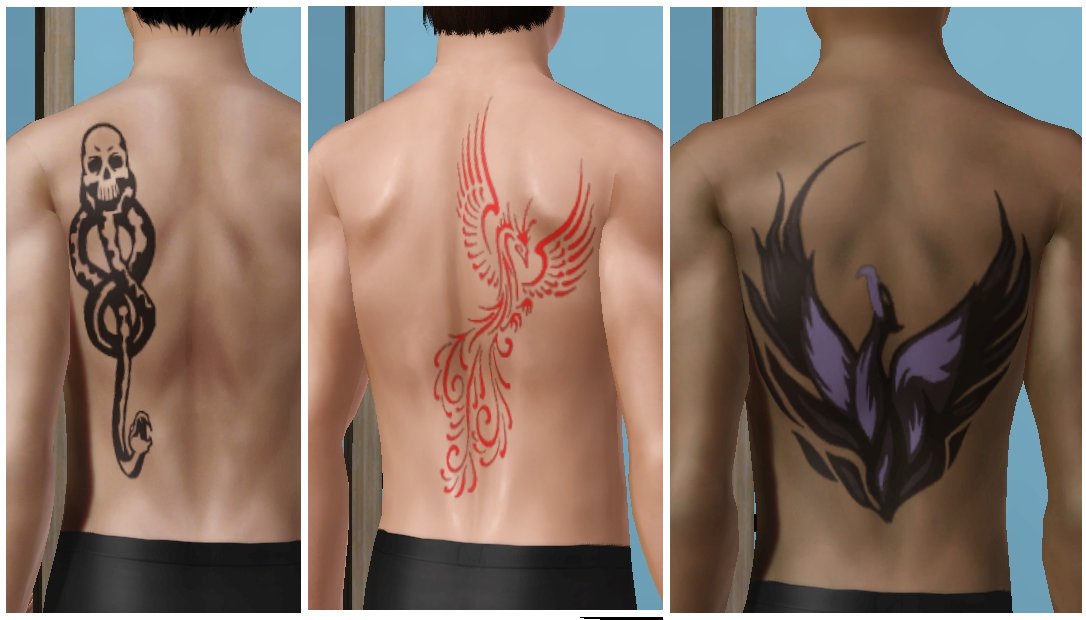 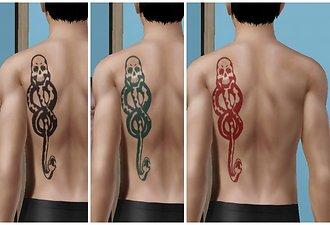 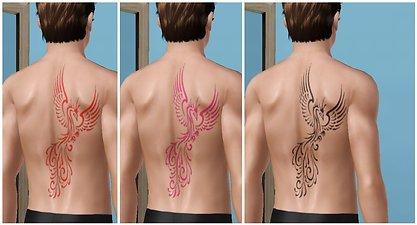 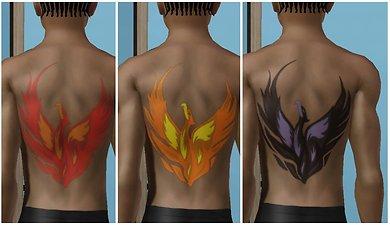 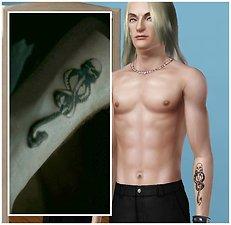 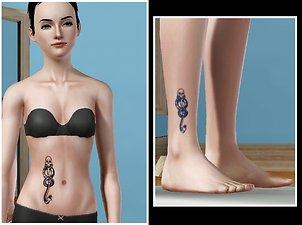 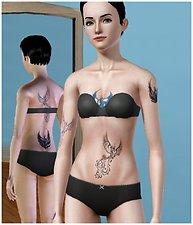 41,546 Downloads 1,462 Thanks  Thanks 179 Favourited 107,002 Views
Picked Upload!   This is a picked upload! It showcases some of the best talent and creativity available on MTS and in the community.

Created by Vera_J
View Policy / About Me View all Downloads
Uploaded: 16th Aug 2010 at 8:43 PM
Updated: 17th Aug 2010 at 8:16 PM - replaced ambitions files for base game ones
Do your Death Eaters miss the Dark Lord´s mark? And what about the members of the Order of the Phoenix? Three tattoos inspired by Harry Potter.

UPDATED!
I have uploaded new files that don´t require Ambitions, still require at least 1.12 patch though.

Dark Mark:
When I was playing my Harry Potter neighbourhood, I thought that my Death Eaters really need a dark mark tattoo (every Death Eater from Voldemort´s inner circle should bear one on his / her inner left forearm). I couldn´t find any, so I decided to make one myself. Here you can see the result.
It is off-centered to the left and has 1 recolarable channel.

Phoenixes:
When I was done with the dark mark I decided to add a phoenix for the good guys. In the end I ended up with two of them. The flying one has 1 recolorable channel and is slightly off-centered to the right. The burning one is centered and has 2 recolorable channels.

1) Don´t upload my creations to paysites and / or the exchange.
2) Don´t claim you have made them yourself.

Other than that you can do whatever you like with them. :)