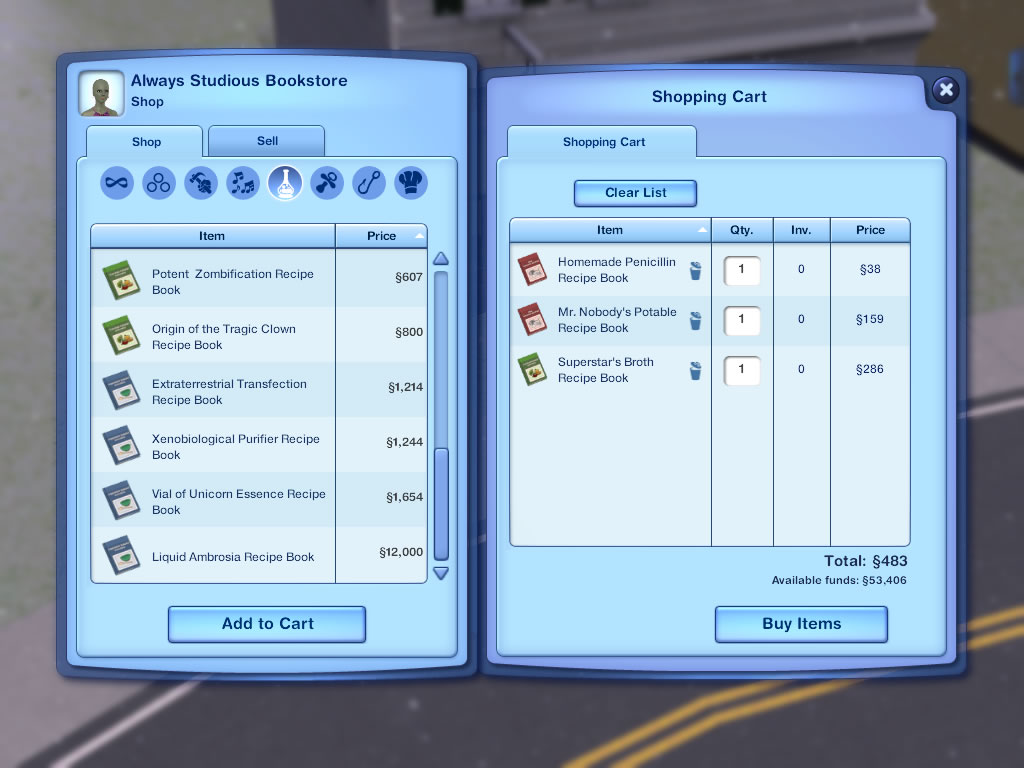 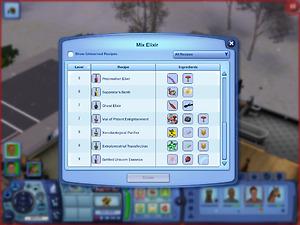 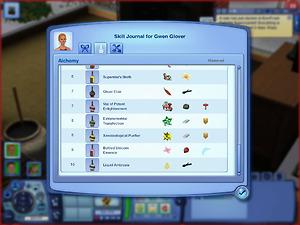 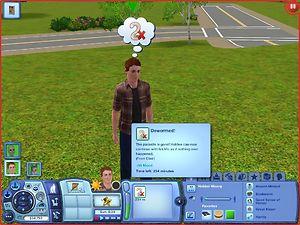 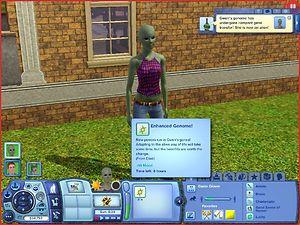 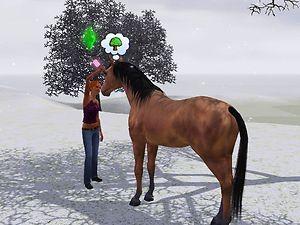 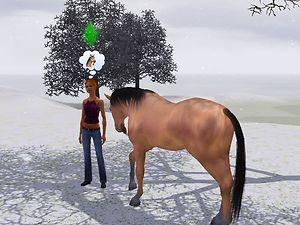 88,582 Downloads 1,714 Thanks  Thanks 615 Favourited 193,124 Views
Picked Upload!   This is a picked upload! It showcases some of the best talent and creativity available on MTS and in the community.

This mod adds 8 new alchemy potions! Sims can mix these potions, drink them, throw them, sell them, and buy them at the elixir store.

If the testing cheats are enabled, you can Shift click potions to adjust their settings.

All these custom potions cannot be learned by researching alchemy in the alchemy station. To learn how to prepare them, your Sim must buy a recipe book from the bookstore.

* This feature is not included in the lite version.

Notes:
This is a scripting mod compiled against patch 1.55, but it still works with 1.57. It may not work with older patch versions. As it doesn't override game tunings, this mod won't conflict with other mods.

Uninstalling:
As this mod adds new potions to the skill journal, uninstalling is not as easy as removing the package from the Mods folder. In order to uninstall this mod, first open the command prompt and type "UninstallCustomAlchemyRecipes" without the quotes. Then exit the game and remove the package.

Localization:
If you would like to help me localize this mod, download "SimsMxMoreAlchemyRecipes_stings.zip," unzip it, open the text file with Notepad (or other text editor), translate the text between the <STR> tags, and send me your translation. These instructions written by Twallan may help you.

Additional Credits:
This mod wouldn't be possible without the tutorials, mods and/or help of Nona Mena, CmarNYC, and Consort. Thanks to the S3PE creators and developers.