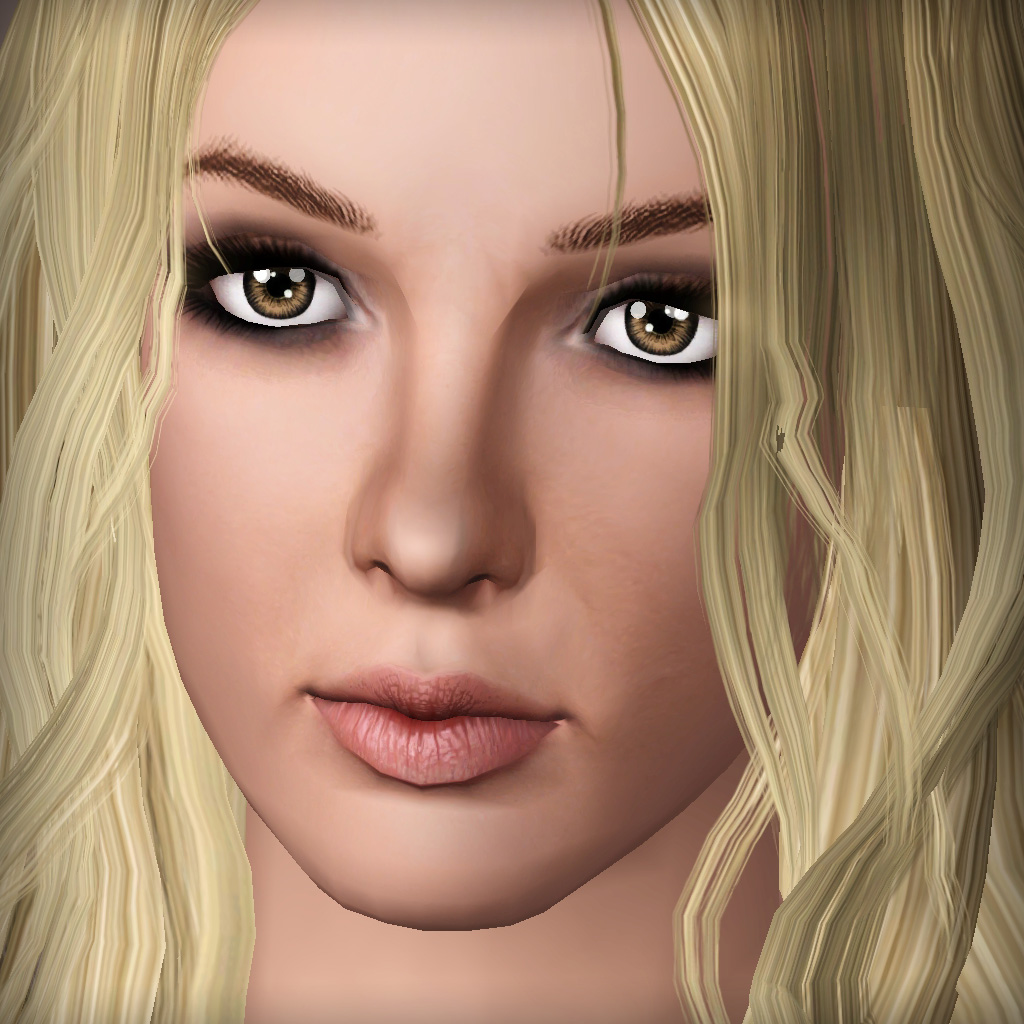 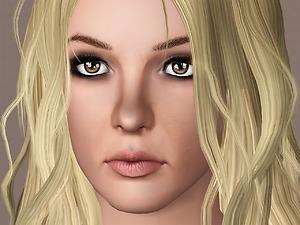 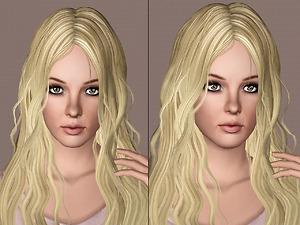 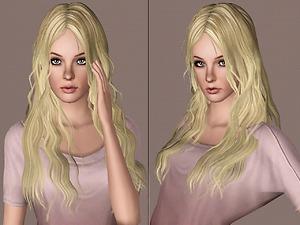 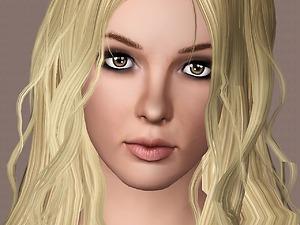 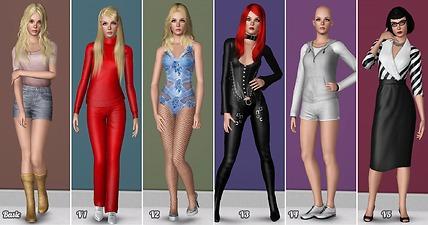 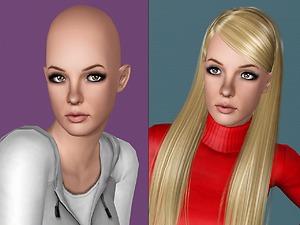 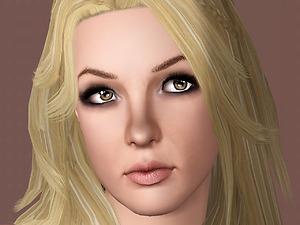 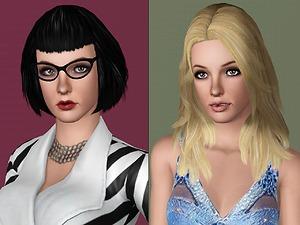 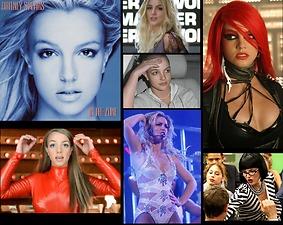 Created by Lunararc View Policy / About Me View all Downloads

Hey guys, nine months ago i started working on a younger version of Britney spears and non default skin tone to fit on Britney's sim. After finishing Britney's sim ( Thanks to my friends in CFB ) i forget to upload her until doomer001 and ZeniMaxx send me a pm and asked me to upload her 2 weeks ago, as i premised i kept searching for the .sim file on my pc for a day till i finally found it in the recycle bin

and now i can finally present to you Britney Jean Spears with her 5 different looks.

An American recording artist and entertainer who was Born on December 2, 1981in McComb, Mississippi, and raised in Kentwood, Louisiana, she performed acting roles in stage productions and television shows as a child before signing with Jive Records in 1997. Spears's first and second studio albums Baby One More Time (1999) and Oops!... I Did It Again (2000), became international successes, with the former becoming the best-selling album by a teenage solo artist. Title tracks "...Baby One More Time" and "Oops!... I Did It Again" broke international sales records. In 2001, Spears released her third album, Britney, and played the starring role in the film Crossroads. She assumed creative control of her fourth album, In the Zone (2003), which yielded the worldwide success "Toxic". Spears began work on her eighth studio album in December 2012, and enlisted will.i.am as its executive producer in May 2013.On September 17, she appeared on Good Morning America to announce her two-year residency show at Planet Hollywood Resort and Casino in Las Vegas, titled Britney: Piece of Me. It is scheduled to begin on December 27, and will include a total of 100 shows throughout 2014 and 2015. 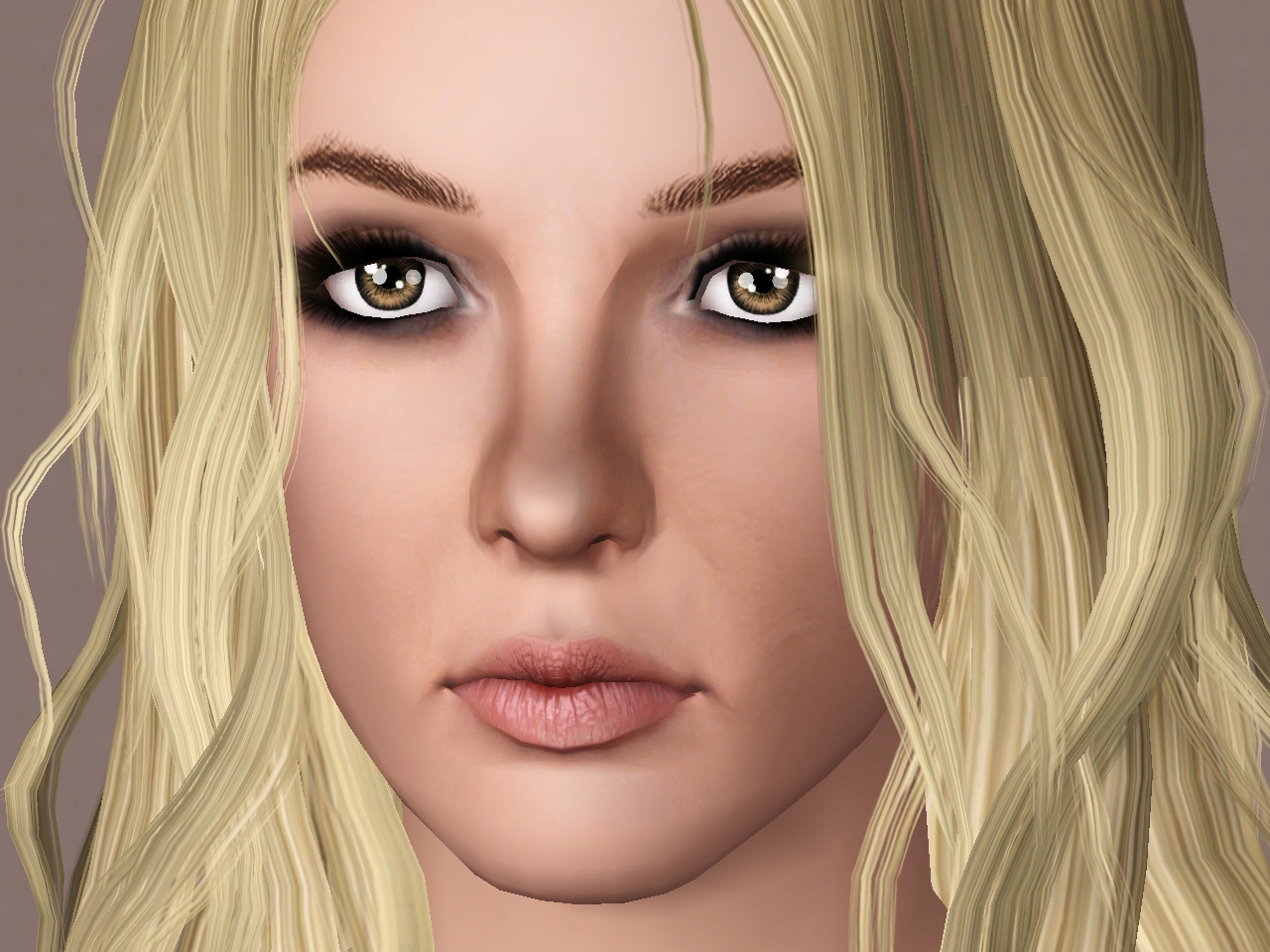 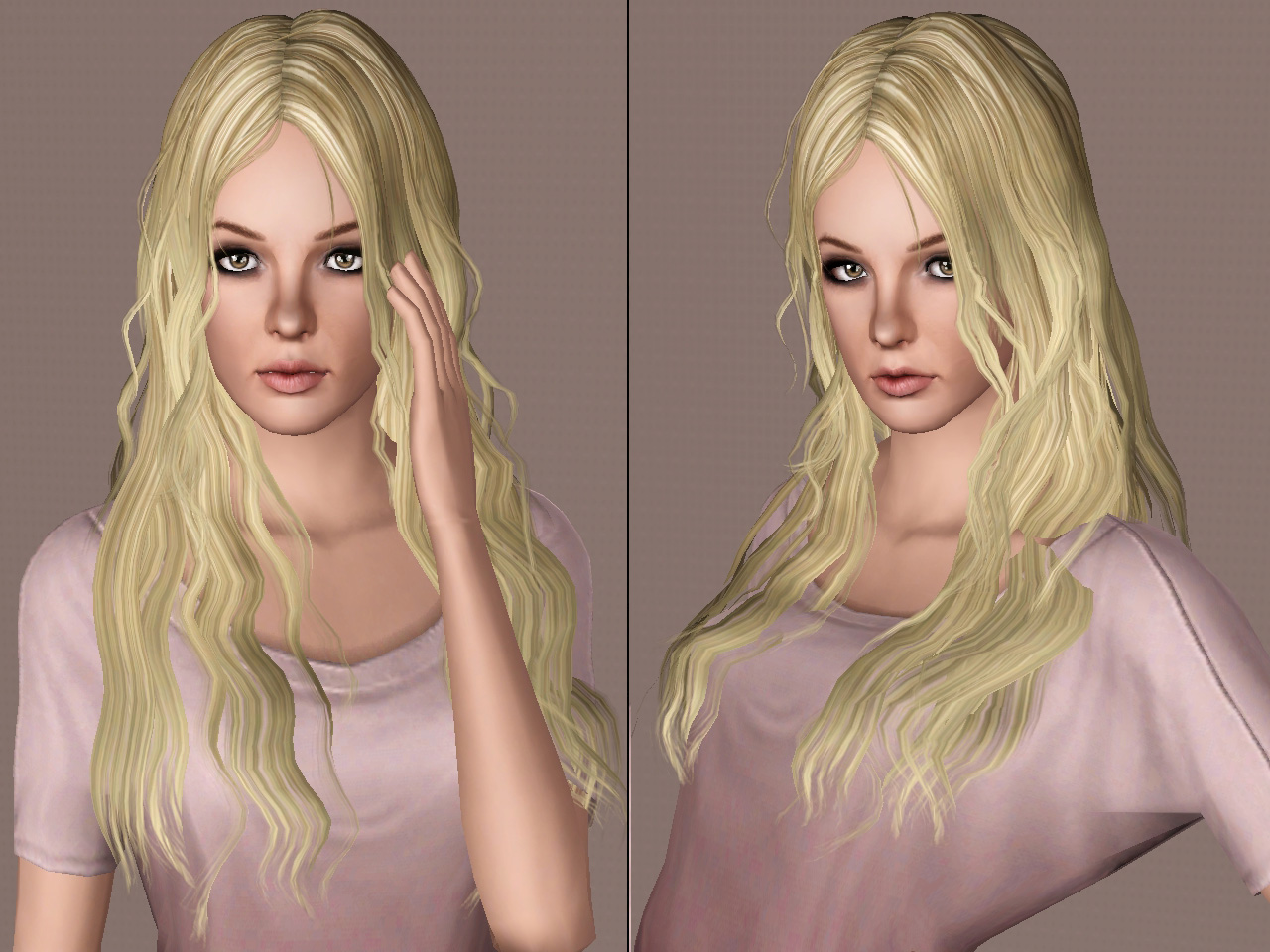 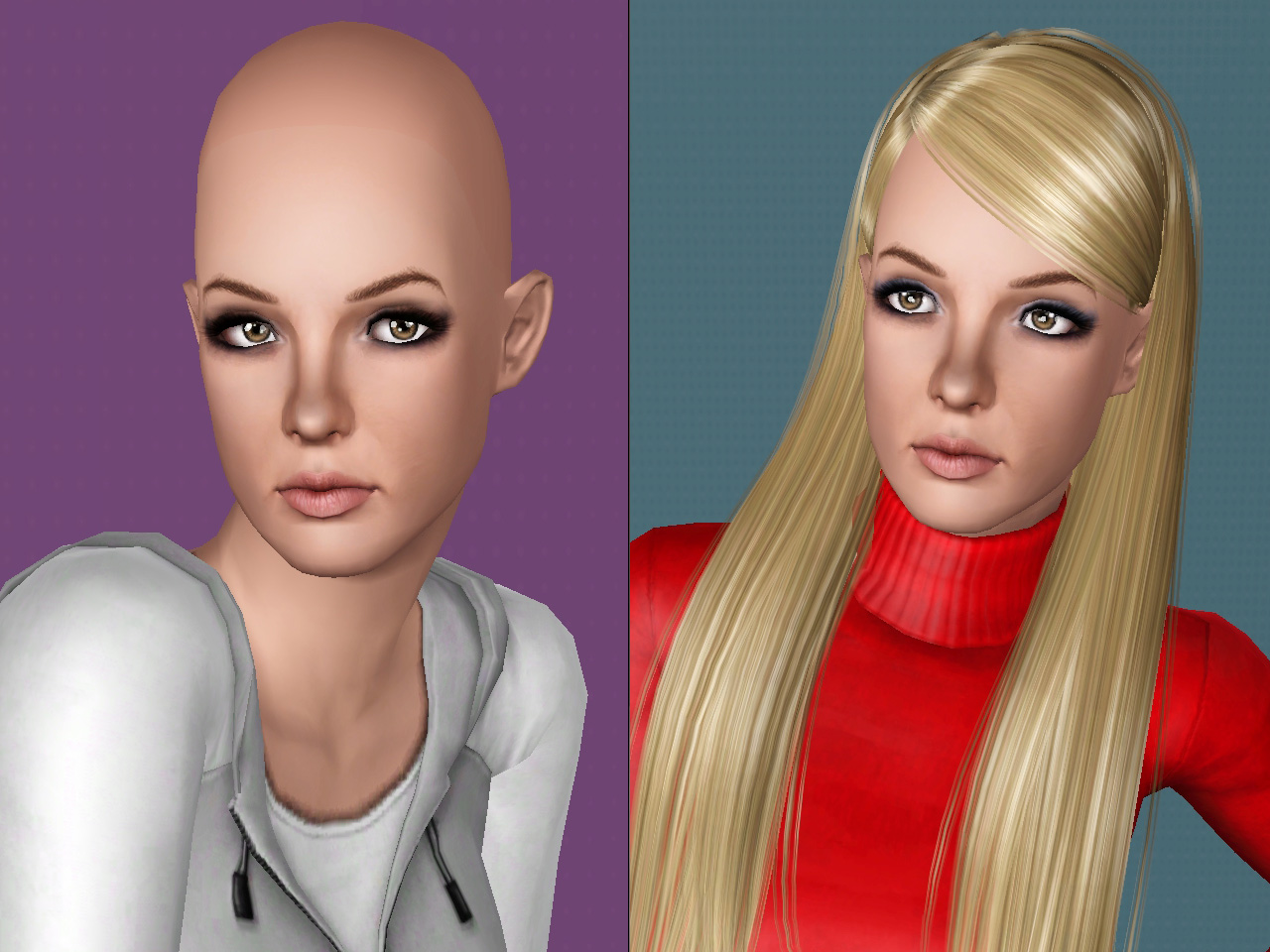 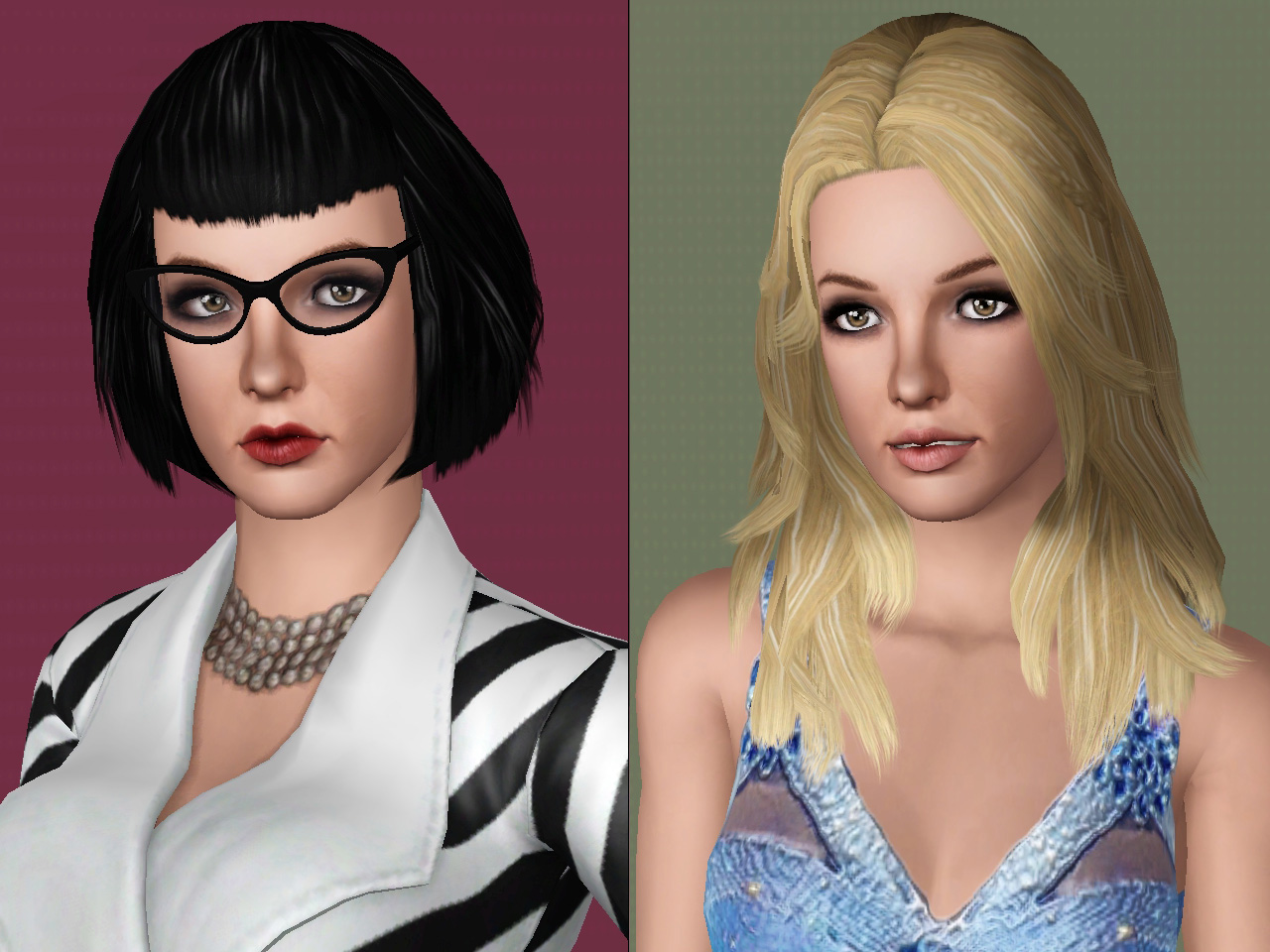 - Facial cas sliders by bella3lek4 ( and you need to download the updated sliders as eyebrows distance, i'll ask mods if i can include them in my upload )
- Head Shape Slider by jonha
- Lip shape slider by hermi
- Chin Width Slider by GnatGoSplat
- And finally you need Supernatural Ep sliders.

Note for hermi's lip slider:
- The link is no longer available, so you need to download the slider from HERE

- Hair: Alexis Hair by Alesso
- Clothes: from base game

"Up n' Down" performance at Femme Fatale Tour

- Hair: From seasons Ep ( Or any other bald hair )
- Clothes: From base game

- I've packaged Britney with EA (Base game) skin tone
- Britney Spears (Basic version) is the only version included and you can change it to any other look by downloading CC below each version
- Her face was sculpted with the use of sliders multiplier only, so you don't need to download it HERE (x3) unless you want to change her face sculpture.
- If you need any help just ask me in the comments section or in a pm


Custom Content by Me:
- Britney Spears skin
Other Information