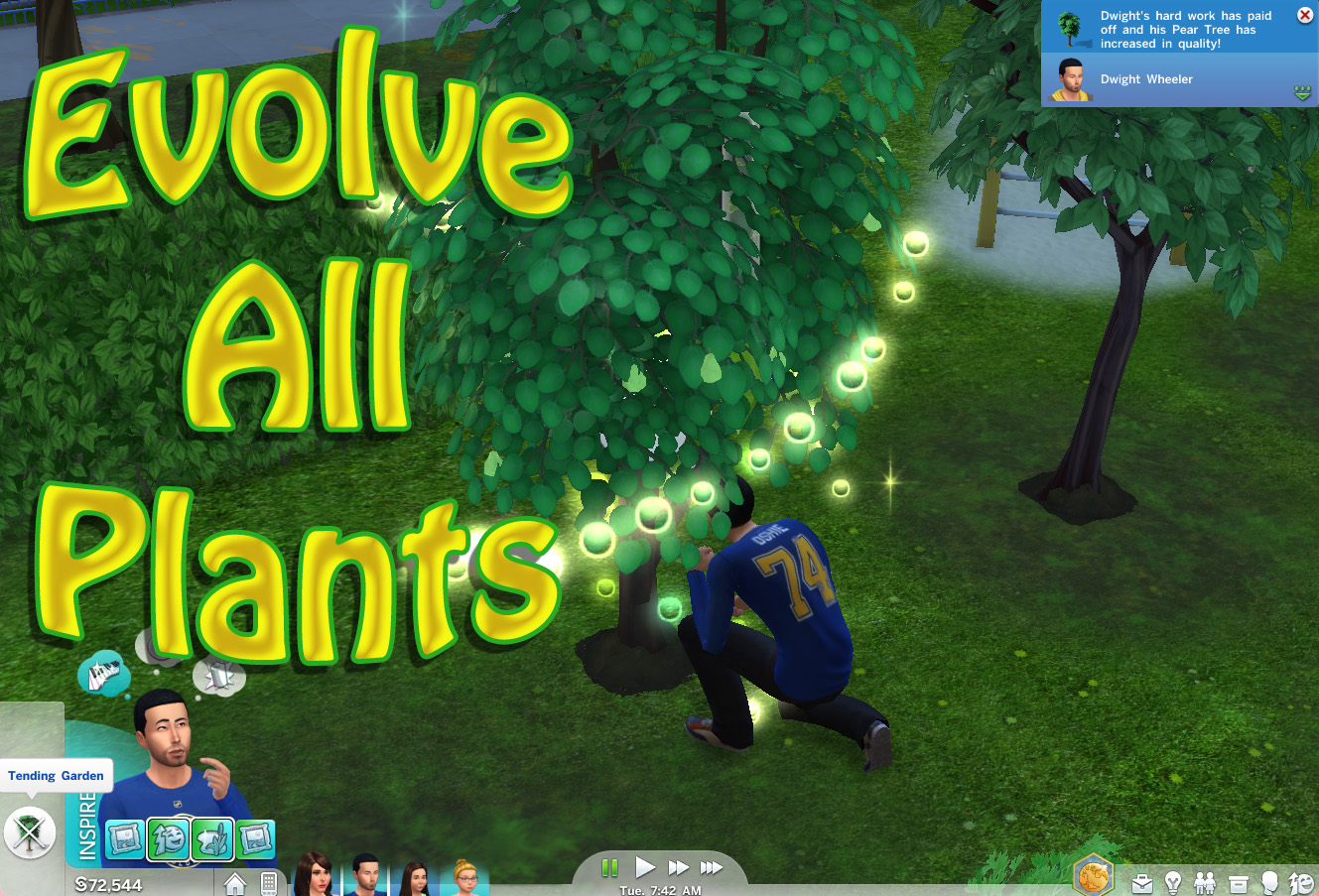 Updated 06-21-2018 --- Fixed notification announcements and updated the animation to be more suitable.

Updated Dec 13, 2017 - Version 7b now restores the feature of Sims being able to autonomously evolve all plants.

Updated Dec 9, 2017 - The updated mod doesn't do everything the old mod used to do, but it should suffice for now at least! I wasn't even seriously considering touching this mod at all with all the plant objects that would need changes until I noticed in the comments that someone posted that the game was supposed to allow all plants to be evolved by default now but it wasn't working properly.

This mod is fully compatible with the most recent version of the Faster Gardening mod.

For version 7 there is only one flavor of the mod, no separate packages are required anymore for different game packs. Simply pop the package in your mods folder and EAxis's mistakes go bye-bye.

This mod may cause conflicts with other mods which change gardening actions or plant objects. Due to the wide variety of mods and sources for them, it is unlikely I will be able to help you with such a conflict.


Resource Overrides
Additional Credits:
Kuree and all the others at Sims4Group who have put together the S4PE tool
Files Need help with downloading or installing content? Click here!

Install only one version of the mod. The download contains three packages, one for the base game, one for Get To Work and one for Outdoor Retreat. Install only the packages for the game packs you have.