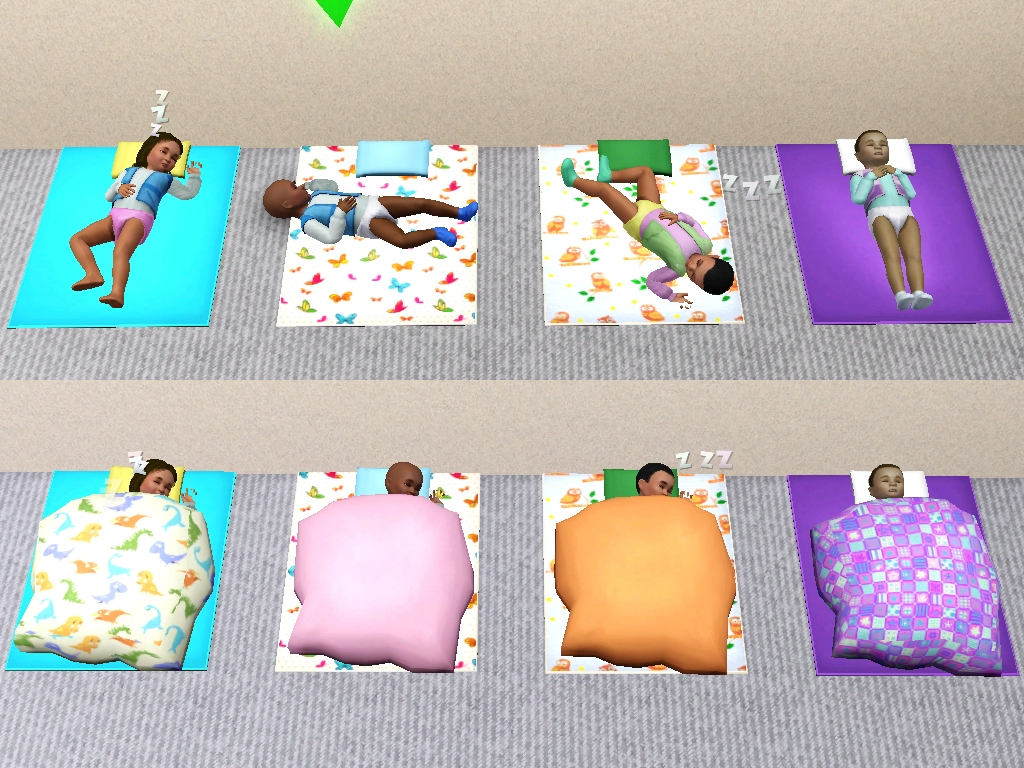 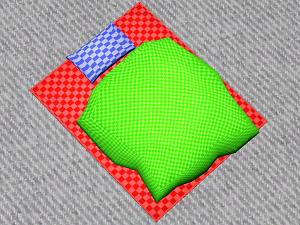 1,074 Thanks  Thanks     385 Favourited
Picked Upload! This is a picked upload! It showcases some of the best talent and creativity available on MTS and in the community.
11 May 2017 Update: No more clipping (see Changelog at the bottom for more informations)

Mod Description
A napping mat with an interaction for toddlers: sleep. Sleepy toddlers will use it autonomously.
Child+ can tuck in a sleeping toddler (clicking on the mat, not on the toddler). This also
works autonomously, if you have Seasons it will be based on the temperature (I probably
didn't use a good default value for the threshold).

Vampire toddlers have their own dedicated animations, but you can disable them and use
the normal ones if you don't like them.

If toddlers have a stuffed animal in inventory, they'll get a moodlet (after sleeping for at least
X sim-minutes), like when they sleep in the crib or on the floor.

The mod is pretty flexible, see the CONFIGURATION xml, there are quite a few options.

Autonomy and interaction with the crib
Uhm... I feel like there's something important to say here, but I really don't remember.
Is it better to use both the mat and the crib or just one of the two? You tell me.

IIRC while toddlers are sleeping on the mat, they can't be interrupted by autonomous interactions,
so Sims trying to use an interaction on them might wait and wait. A win for the toddler, but the
other Sim will waste time doing nothing (I saw Sims waiting a very long time during the first
phases of testing, which are a complete blur now, not sure if it still happens).

Couch Potato and Heavy Sleeper Sims might go to sleep even when not sleepy (see notes on the ITUN,
this might not have been a great idea, probably a separate Nap interaction would work better)

COMPATIBILITY
Using Dashboard, you'll notice a conflict with my other mod: Child2Toddler2Baby.
It's ok, the two mods have a CLIP resource in common.

Additional Credits
All respective authors and contributors of the tools and tutorials for modding TS3.
MTS and all modders who made the game much more enjoyable.
icemunmun for contributing.

See: Game Help:TS3 CC Basicswiki for a full guide!
Back to download view
96 Comments / Replies (Who?)