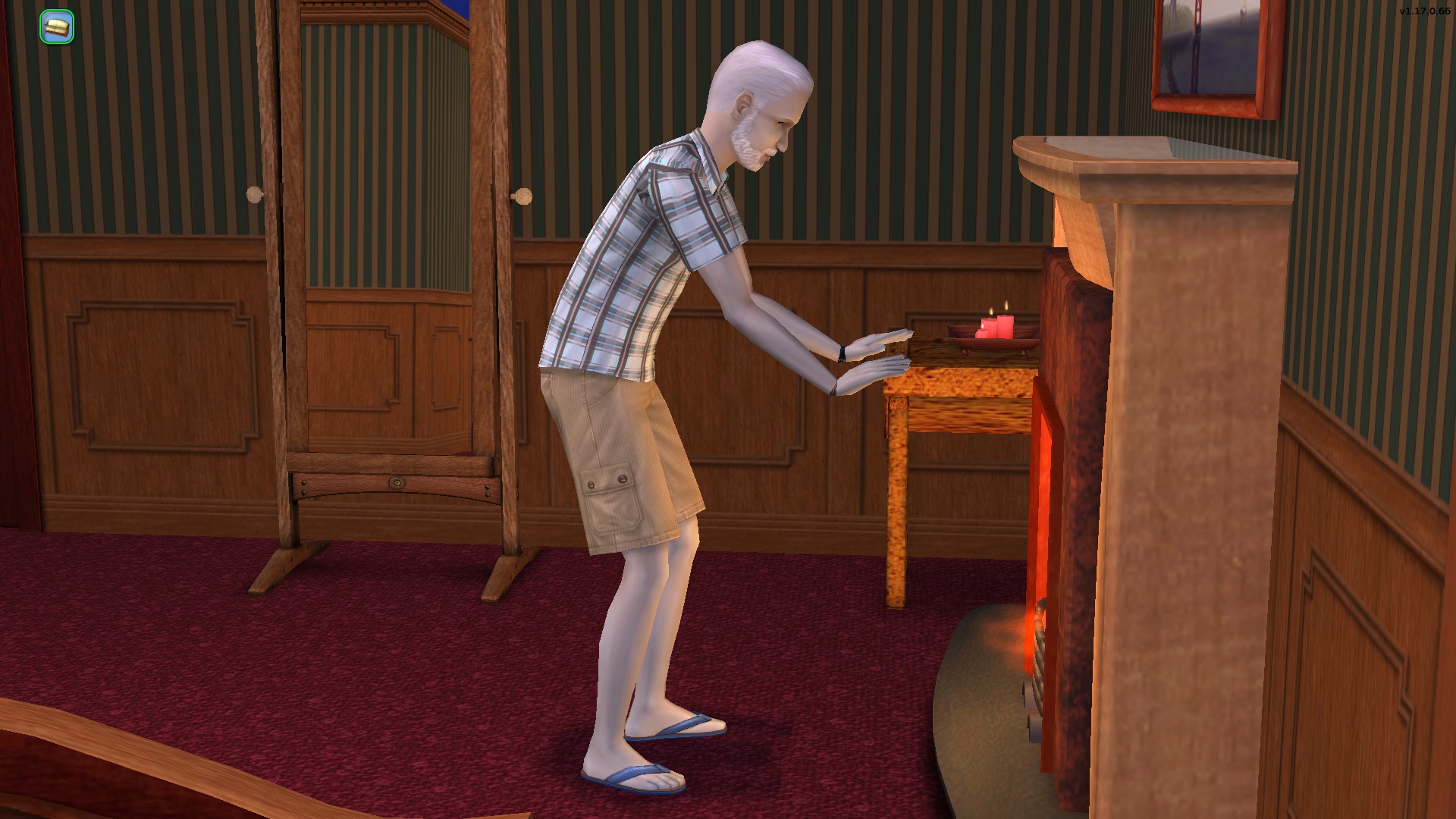 Temperature No Mood Caps: I mentioned above in the Temperature Fireplace Radiator Fan Mod section that Maxis puts a cap on sims' mood if their temperature is not green, and how it is inconsistent with the rest of the game's design, in that the game silently decreases your sim's mood to 80 (for Cold/Hot) and to 50 (for Very Cold/Very Hot) even if the sim is in platinum aspiration and mood. So, the UI shows your sim at full platinum mood, but their actual mood may be much lower. Anyway, I found how to easily remove the caps and completely get rid of this feature. I have released a new mod called TempratureNoMoodCaps on this page, which you should download to get rid of the caps.

Weather Outfit Mod: This mod changes how the game determines when to allow sims to switch into or out of their outerwear. Here is how it works:
- Employees, managers and unselectable owners will now switch into and out of their outerwear as long as they are not currently wearing their business outfit.
- Zombies, vampires and active werewolves will now not switch into outerwear and their body temperature is capped at a point which prevents them from getting cold.
- The game now checks for outside temperature, and not for winter, to put sims into outerwear when they appear on a lot.
- If you are using my Towel Mod, then this mod has a feature which prevents the sim from switching into their underwear from outerwear, if they got out of the house while in their towel. They will now switch into everyday while going back inside.
UPDATE 1: Fixed a mistake I made that sometimes caused sims to constantly switch into outerwear while walking through doors indoors even if they were already wearing outerwear. Also fixed a Maxis mistake that prevented sims from properly switching toddlers out of outerwear while carrying them indoors.
UPDATE 2: Fixed an issue that sometimes caused sims to stop while going through doors but not switch out of their current outfit.
UPDATE 3: Fixed another issue that could cause sims to stop at doors without switching out of their current outfit.
UPDATE 4: I realized that the reason sometimes sims who are in their outerwear stop while going through doors without switching out of their outerwear, is because the sim's last outfit sometimes gets set to outerwear, while the sim is already in their outerwear. This is normally never supposed to happen, but apparently it can. This update fixes this situation by checking to see if the sim's last outfit is set to outerwear while the sim is already in outerwear, and if so, the game sets the sims's last outfit to everyday.
UPDATE 5: I found out that Maxis dresses ghosts in outerwear if they spawn outside during winter. Now ghosts won't be put into outerwear.
UPDATE 6: Zombies, vampires and active werewolves could still be put into outerwear while appearing on a lot as a visitor, this has been fixed.
UPDATE 7: This update makes it so that if the unselectable owner of a business lot is currently in their business uniform, the game won't put them into outerwear, because this messes with their business outfit hair style, resetting their hair to their non-business hair style. Note that in an unmodded game, the unselectable owner cannot be put into their business uniform by the game, as Maxis didn't add any code like that. I did make a mod for myself that changes that and business owners appear in their business uniform when they are unselectable. I may release that mod eventually.
UPDATE 8: Sims won't switch into or out of outerwear while going through gates now.

Weather Reaction Mod: In an unmodded game, when it rains or snows, the game is able to push weather reactions on sims who are off-lot, and who are swimming in the ocean. Also, when they react indoors, the game always pushes them to look out of the closest window in the same room, which is not a good idea, because multiple sims can be pushed to look outside the same window at the same time. This mod prevents the game from pushing sims who are off-lot or who are swimming in the ocean, and allows sims to sometimes to pick a different window which is in the same room.

Requirements: Bon Voyage may be enough, but you may need Apartment Life, too.