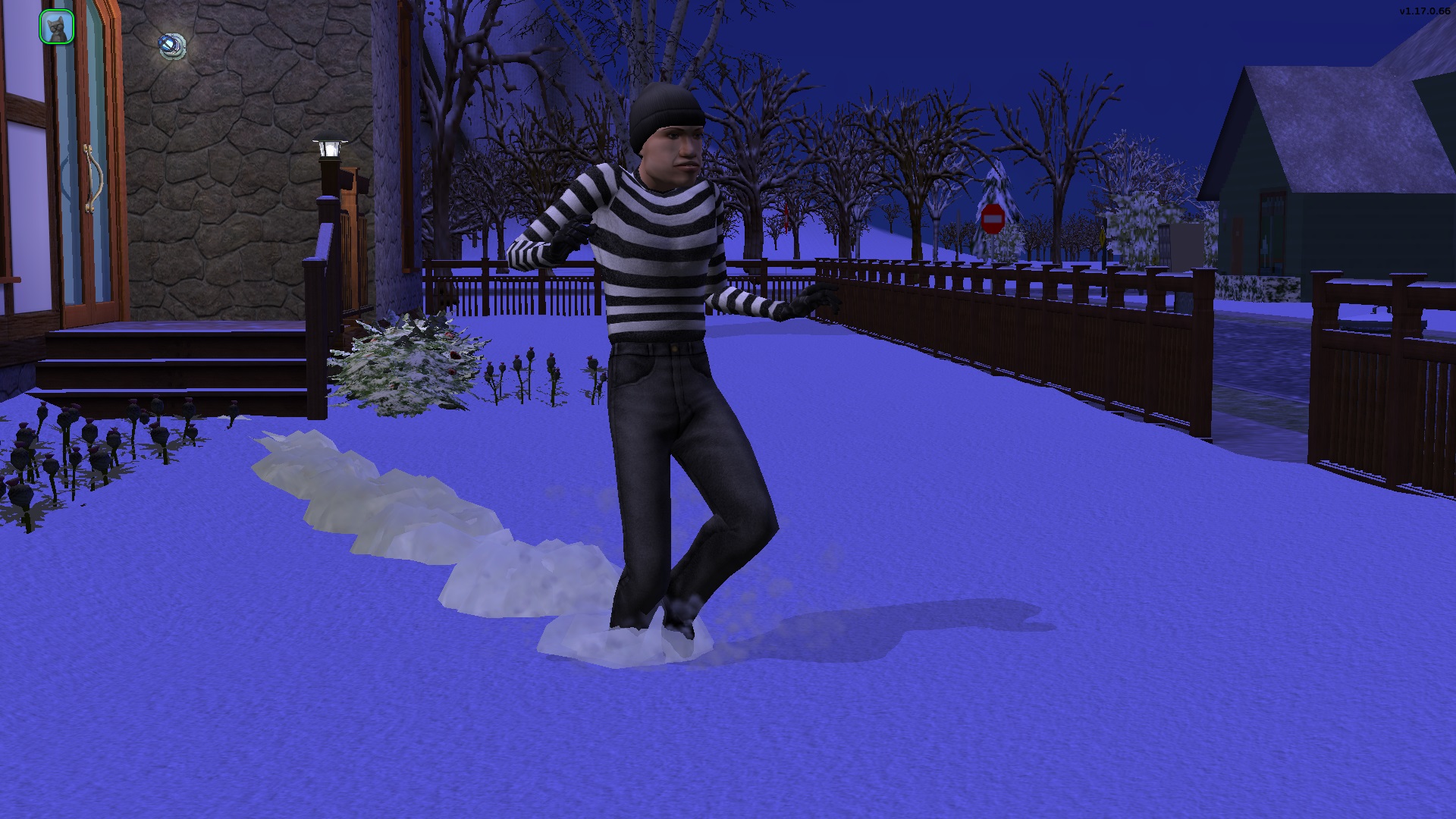 This mod adds more features to how burglars work in the Sims 2. Here is what the mod does:

- When a burglar appears on your lot to steal stuff, the game won't play the burglar sound cue and won't display a picture-in-picture camera. You are not supposed to be aware of the burglar's presence.
- In an unmodded game, the game considers ghosts and flying birds as awake sims, and prevents the burglar from appearing if they are on the lot. This mod makes the game skip these sims/objects.
- In an unmodded game, burglars cannot avoid either the regular burglar alarm or any car alarm. This mod makes it so that there is a chance depending on the burglar's Mechanical, Body and Logic skills, that the burglar may avoid the regular burglar alarm, or any car alarm. They have a higher chance of being able to avoid the regular alarm than car alarms.
- The way car alarms work in an unmodded game doesn't make any sense. They are able to catch the burglar even if the burglar is in a different room, and considering most people place their cars somewhere close to the street where the walking portals are, the burglar usually gets caught right away on lots which have cars. This mod changes the car alarm code and makes it much more realistic. Car alarms will now only be able to catch burglars if the burglar is in the same room as the car, and if the burglar is currently routing to steal the car in question. This prevents car alarms from immediately catching burglars when burglars appear on the lot from one of the portals. Finally, burglars are given an extra chance to avoid the car alarm if the car is outside. This makes building a garage and parking your vehicles inside worthwhile.

Tuning: Some players said that they liked the Burglar sound and picture-in-picture camera which this mod disables. If you want to re-enable this feature, then here are the instructions:
- Open this mod in SimPE.
- Left click on the resource "Function - Main" (Group: 0x7FB3391E, Instance: 0x00001001).
- In Plugin View, left click on the line "0x2A (42): [0x1037] Verify Burglar (Stack Object ID)".
- To the right, there should be a panel where it says "True Target: 0x002B". Change the number 0x002B to 0x0032.
- Click on the Commit File button right above the panel you just edited.
- Save the mod by clicking File>Save.

Requirements: You probably will need Apartment Life and/or M&G.