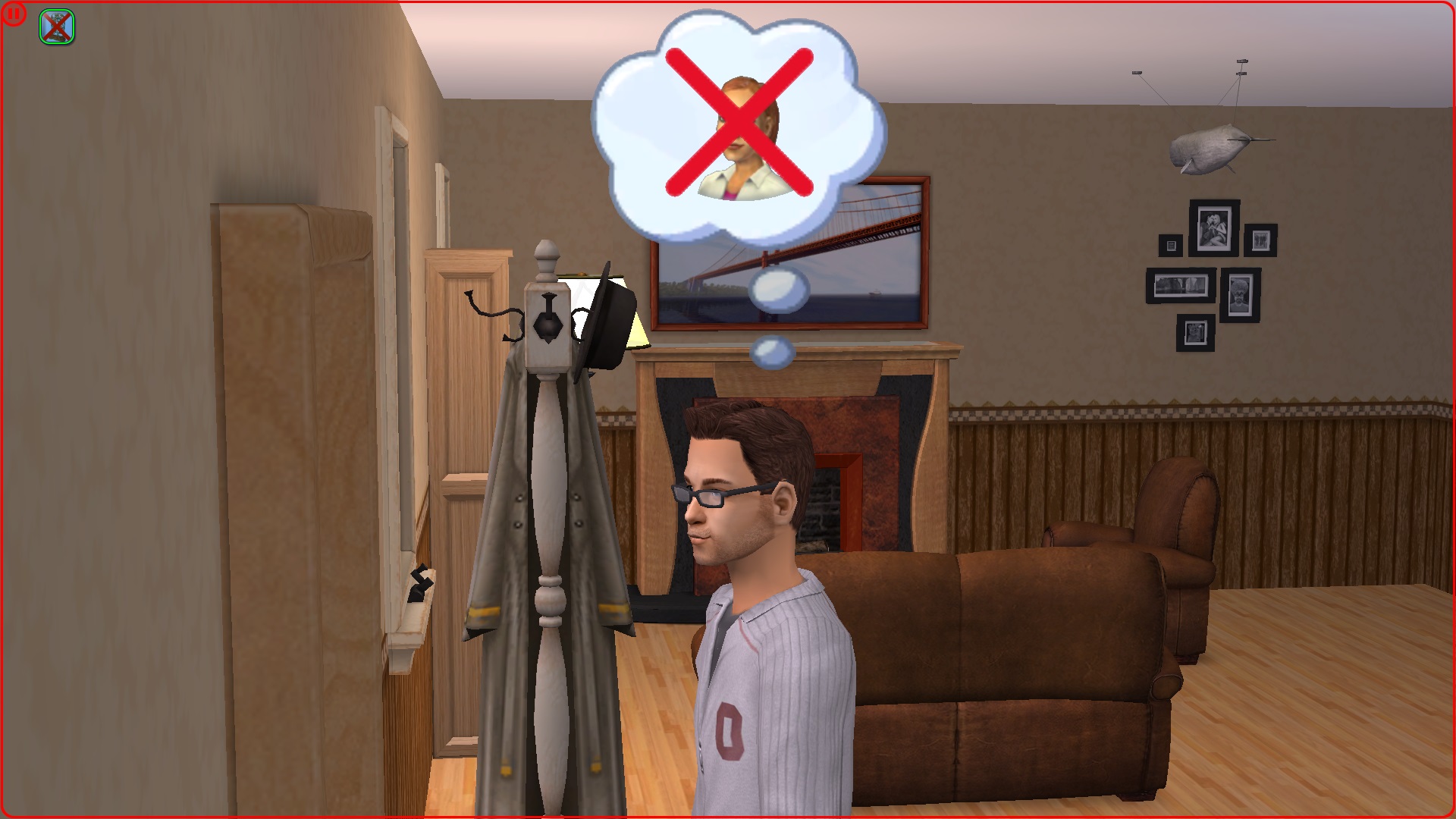 Created by simler90
View Policy / About Me View all Downloads
Uploaded: 13th Sep 2020 at 11:06 AM
Updated: 14th Aug 2021 at 1:12 AM
Privacy Mod: This mod changes the way privacy works. It also adds a few extra features to how privacy works while a sim is using the toilet (non-stall). Note that this mod is not compatible with "Privacy Thought Balloon Fix", as it already includes the features of that mod.
- Sims won't shoo pet birds, spectral assistants, RC cars and so on.
- The game prevents sims from shooing sims towards whom they have a crush. This mod makes it so that Sim A will not shoo Sim B if they have a crush/love/married/engaged/steady flag towards them, but only if Sim A has a woohoo memory with Sim B.
- When a sim is using the toilet (non-stall), if there is a sim in the same room and within 8 tiles who is perceived to be invading the sim's privacy, the game will make the sim react accordingly. Maxis didn't add any code that makes sims aware of the invasion of their privacy in this game which is very strange. All other games in the series have this feature. I have made it so that sims will only react if their privacy is invaded while using the toilet, and not any other object. Showers are pretty concealed any way, and I don't like the idea of forcing the sim out of a bath.
UPDATE 1: The game couldn't check memories properly, this has been fixed.
UPDATE 2: This update adds a feature that makes sims automatically wash their hands after using the toilet, depending on their Neat personality. If you don't want this feature, you can turn it off by opening the mod in SimPE, choosing the resource called "Interaction - Use", left-clicking on nodes "0x24 Local 0x0003 > 0x0000" and "0x25 Verify - Human ID", and changing their False Target from "0x0045" to "True".
Resources:
Privacy - Ignore person?/0x7FD46CD0/0x00000138
Privacy Set?/0x7FD0DEBA/0x0000201C
Set to Next - Shooable Sim/0x7F4437F2/0x000020CA
Interaction - Use/0x7F16556B/0x00002001
Toilet - Use - Standing/0x7F16556B/0x00002006
Toilet - Use - Sitting/0x7F16556B/0x00002005

Privacy Thought Balloon Fix: Whenever sims consider doing something, they have the potential to show a crossed-out thought bubble of a sim who is currently using the toilet, or taking a shower/bath. This is very annoying, and this mod prevents this behaviour. The sim will only be allowed to show such a thought bubble if the sim is routing to use an object which is in the same room where the other sim is using the toilet or taking a shower/bath.
Resources: Privacy Set?/0x7FD0DEBA/0x0000201C

Requirements: You will most likely need Pets or a later EP.
Other Information