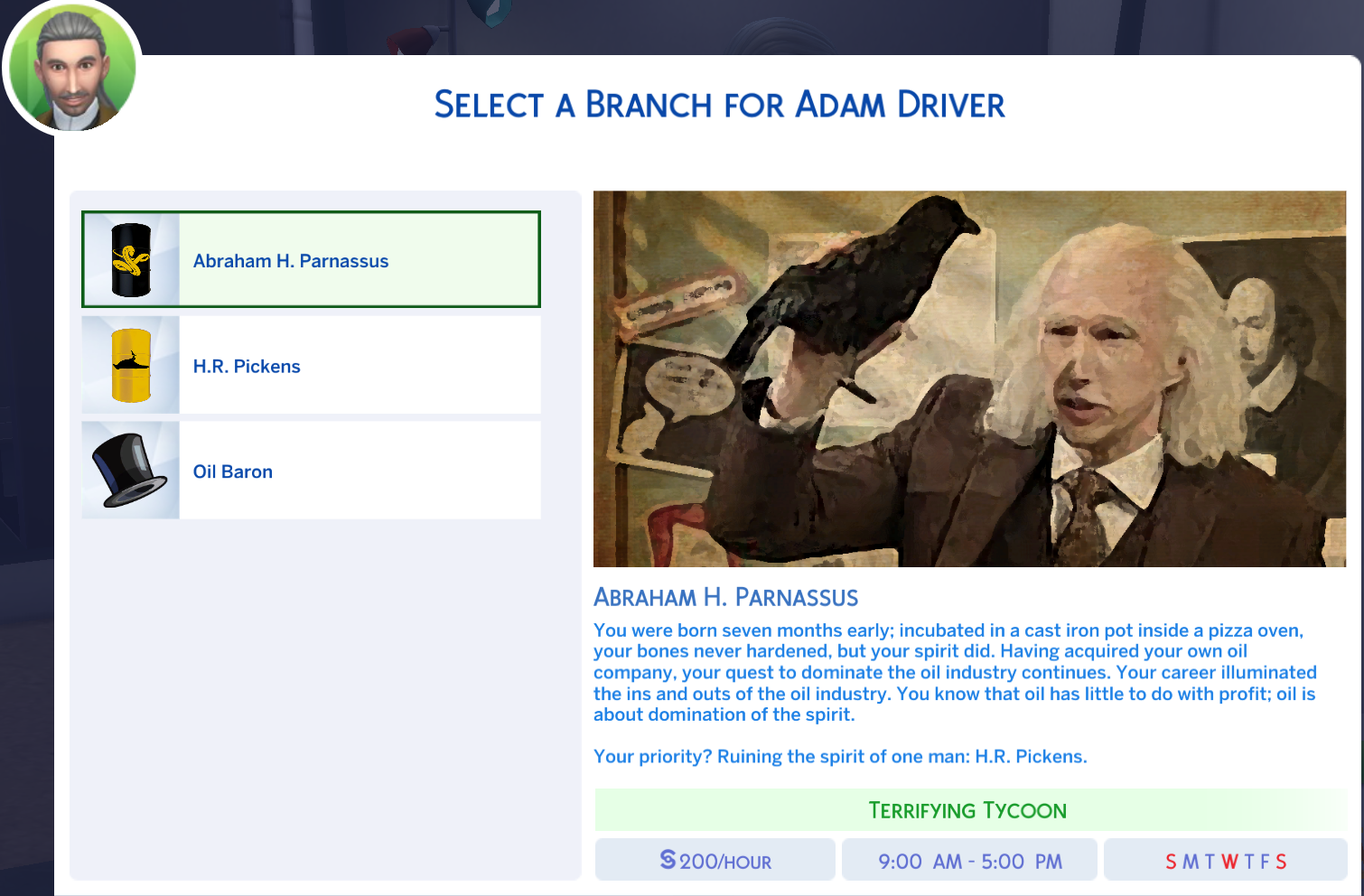 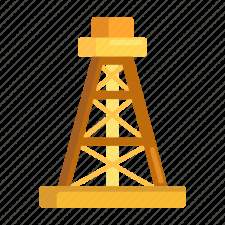 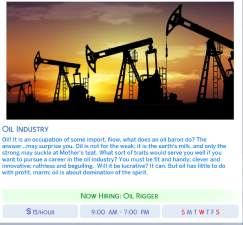 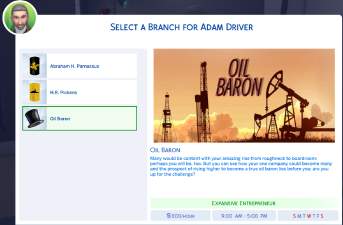 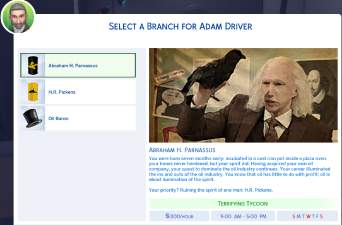 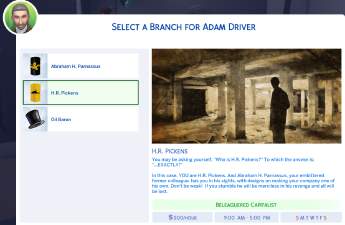 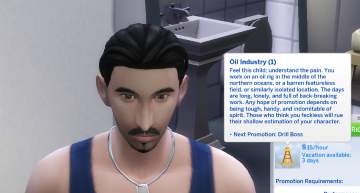 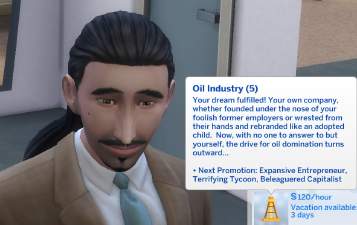 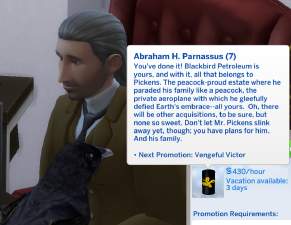 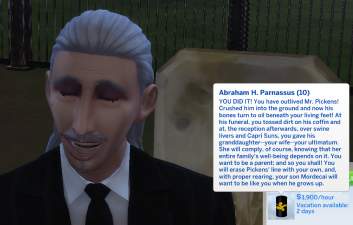 HR Pickens Branch.png - width=1516 height=988
For players with a different measure of success

It's rough-going at first. Your Sim will need to focus on Fitness, Handiness, and Logic to get ahead. But rewards and satisfaction can be rapid for the diligent. Oil is not for the weak! Mind over flesh!

Oil Baron(ess) Career Branch
This is the mainstream branch. In the Oil Baron Branch, your Sim has the opportunity to expand their oil company into an oil-based empire, a world-wide machine for wealth, power, and influence. By directing your Sim's career toward successive stages of monopoly, conglomeration, diversification, politicking, and renewable resources, you will be roughly recapitulating the history of the oil industry itself.

Abraham H. Parnassus Branch
Inspired by the legendary "Career Day" skit on SNL starring Adam Driver, the Abraham H. Parnassus Branch evokes the career of the eponymous, elderly but fiery oil baron, his succinct business philosophy, and his struggle and eventual victory against longtime rival, fellow oil baron, H.R. Pickens. Its unusual levels, requirements, and rewards are customized to fit the known details of his life story. If you have a Sim who's on the prickly side and you're tired of the Supervillain career, this may be the job for them.

H.R. Pickens Branch
In parallel, the H.R. Pickens Branch imagines what the experience of Mr. Parnassus's weaker rival, Mr. Pickens, might have been. Was his spirit actually ruined, as Parnassus claims? How did he accustom himself to his defeat? Why would you want a Sim to be weak like H.R. Pickens? Is there some upside to being a loser, a benefit invisible to a man like Parnassus? You'll need one of your more amenable Sims to follow this path to find out.


Credits and Thanks: Crow Statue made by the talented Mathcope. Parnassus Painting made with Sims 4 Studio. Career made with Zerbu's Mod Constructor 4 and Sims 4 Studio. Career suggested by my brother Josh, facilitated by my accomplice David, and inspired in part by the Sims 2 Oil Baron Career.
Archive: Oil Industry Career.zip
File: CrowDeco_Mathcope.package
#1 Crow Decorative

Description: Once he became an oil baron, Mr Parnassus has this portrait painted retroactively based on photographs of him in his youth, as a way of projecting his current prosperity back upon his earlier, grubbier days. Naturally, it is an oil painting. The canvas is rumored not to have been blank when painted; rather, Mr. Parnassus insisted the artist reuse the canvas from the portrait of some rival of Mr. Parnassus’s whose name has been lost to history. Some visitors to Mr Parnassus’s office has sworn the portrait has the eerie effect of following you with its eyes no matter where you are in the room. Others simply attribute that effect to Mr. Parnassus himself.