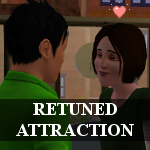 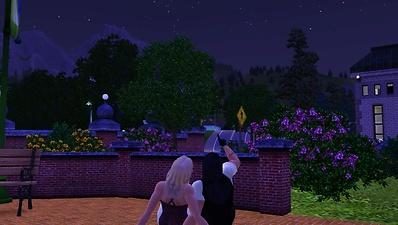 2,372 Thanks  Thanks     800 Favourited
Picked Upload! This is a picked upload! It showcases some of the best talent and creativity available on MTS and in the community.

Compatibility
Though you don't need any SPs or EPs installed, the Attraction system came with patch 1.42, so you'll need to be patched at least that far to get any use out of this mod.

About the mod
If you're like me, you might think the attraction system EA included with the 1.42 update is poorly implemented, but at the same time, worth fine-tuning rather than shutting off altogether. So I've gone and made this XML tuning mod, which revises a bunch of the parameters that control the attraction system, changing it to something I think is a little more selective, or at least, makes more sense than a Can't-Stand-Art-er going weak in the knees at the sight of someone's painting skills.

There are eight variations of this mod, but some changes are common to all of them, so I'll list those first.

Mod flavours
Now, the mods themselves. Some of them rely on one single method of attraction, while others combine them, to a degree. Just in case it isn't clear, the term 'threshold' refers to the score required to get an attraction.

Zodiac Attraction
This version requires only that the two sims have compatible zodiac signs. Update: 'Compatible' for the attraction system appears to be when the zodiac signs are the SAME as each other (Cancer-Cancer, Leo-Leo etc). Thanks to those people who pointed this out! With that in mind, Zodiac can be 'harder' to score an attraction with, since you have a 1/12 chance of getting someone with the same sign as your sim, but it does make zodiac signs mean something.

Reward Attraction
This one requires that either of the two sims has the 'Attractive' lifetime reward purchased. Since this can only happen via player input (unless your town's premades have rewards on them starting out), this lets you control which sims get attractions. Drawbacks: this is like a floodgate: once you have it, anyone your sim meets who can possibly be attracted, will be. Might be fun if you want them to be swarmed by suitors/groupies though.

Mood Attraction
This attraction setup is based on a few specific moodlets being present on the sims when they meet. For each corresponding positive moodlet, they get 35 points and for each negative moodlet, they lose 35. If the final tally scores at 100 or more, the sims will be attracted. Be aware that the moodlets are counted on BOTH sims when determining this score.

Note that neither Late Night, World Adventures or Seasons are required for this system to work - having them merely adds extra moodlets to the consideration.

Trait Attraction
The default system also considered traits in its calculations. I've tuned this back into my packages, so now the Variety Attraction uses it, as well as this standalone version, which uses only traits to determine attraction. The way traits work with the attraction system is that matching ones between sims add to the score, while opposing ones subtract from it - in this setup, the threshold is still 100, and traits add/subtract 35 points. So, Sims need to match at least 3 traits without being counteracted by opposing ones in order to be attracted.

Variety Attraction
Variety combines the above methods of attraction to determine a score, with the individual scoring for each being less than the dedicated flavours above. The threshold for attraction is still 100.

If you like the attraction methods used for Variety, but feel it is too 'hard', try this flavour instead.

Purity Attraction
This tuning is a variant of the Variety version above, in which the 'Faithful' and 'Eternally Faithful' moodlets give a -200 hit to the attraction score. The intention of this is to stop sims who are ostensibly faithful to their partners from being attracted to others.

There are a few caveats to this however. First is that the moodlet 'In The Mood' was retained in the positive moodlet list in order to avoid the possibility of the game reacting badly to an empty positive moodlet list. Having that moodlet under this attraction setup is pretty much guaranteed to cause attraction; however it is almost completely at the player's discretion. Inactive sims only seem to order regular drinks at bars, so the only way they can drink a romantic one is if it's given to them by an active, or if an active makes a tray of them and leaves them on a bench for them to take. Avoid making romantic drinks and you should be able to avoid any unwanted attractions.

Secondly, sims who are 'hard' reset usually lose their current moodlets. Even though the Faithful/Eternally Faithful moodlets have no expiration time, they won't be reapplied if a reset causes them to be lost, so you'll need to use a mod such as NRaas MasterController to restore them to your sims.

No moodlets apart from those mentioned above will affect the attraction score, though all other attraction methods work as in the Variety verison.

Easy Purity Attraction
Like Purity, this setup will subtract 200 from the attraction score when a sim has the Faithful or Eternally Faithful moodlets. However, the other methods of attraction will have a stronger effect than in Purity, akin to the tuning in the Easy Variety variant. At the moment, it is possible that sims who are highly compatible with each other (zodiacs, attractive reward and most traits matching) can overpower the negative scoring from the moodlets, especially since University Life added two more trait slots to qualified sims. I can change this if it becomes problematic, but honestly ... if you get two sims who are that compatible with each other, why not let it play out for drama's sake?

ConflictsAny mods that utilize these XMLs will be in conflict with this one. 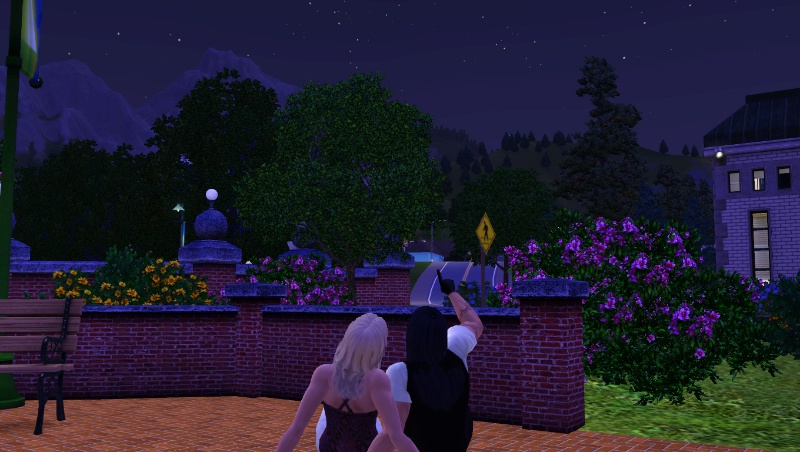 
You can only use ONE of these packages at a time.

See: Game Help:TS3 CC Basicswiki for a full guide!
Back to download view
121 Comments / Replies (Who?)