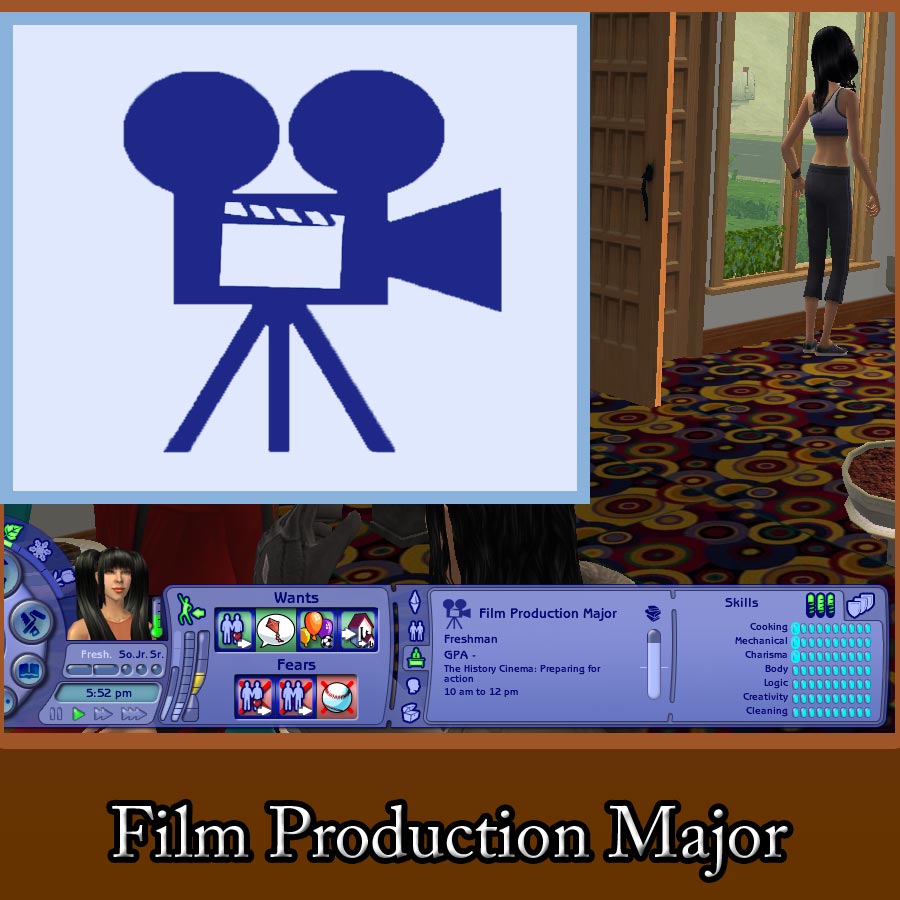 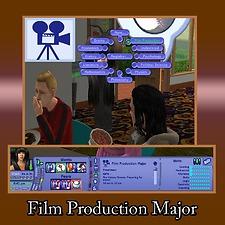 Created by AriesFlare View Policy / About Me View Downloads Home

Your sims now have a new major! The film production major is great for those sims who have the passion of pursuing a career in the filming industry. Your sims will embark on a journey through out all of the courses offered in the major.

This major was customized and cloned from the "Drama major". This will not override the previous drama major from the sims 2.

Below are the class titles that you and your sims can look forward to. Description: Film production is the study of movies production from start to finish. In film production, you will learn to create and organize scenes. This major is something to enjoy if you love to create scripts and plot schemes.

1. The History Cinema: Prepare for action

4. Behind the camera: Elements of filming

6. Boss of scripts: Elements of directing

7. Behind the Scenes: Bloopers and mistakes.

*Hours- The hours aren't changed. Sims will go to class during assigned time as the drama major.

Description: Film Production: The study of of how movie production is created from start to finish. In Film production, you will learn to create and organize scenes. This major is something to enjoy if you are passionate about writing scripts and plot schemes.

Description: Film Production: The study of of how movie production is created from start to finish. In Film production, you will learn to create and organize scenes. This major is something to enjoy if you are passionate about writing scripts and plot schemes.