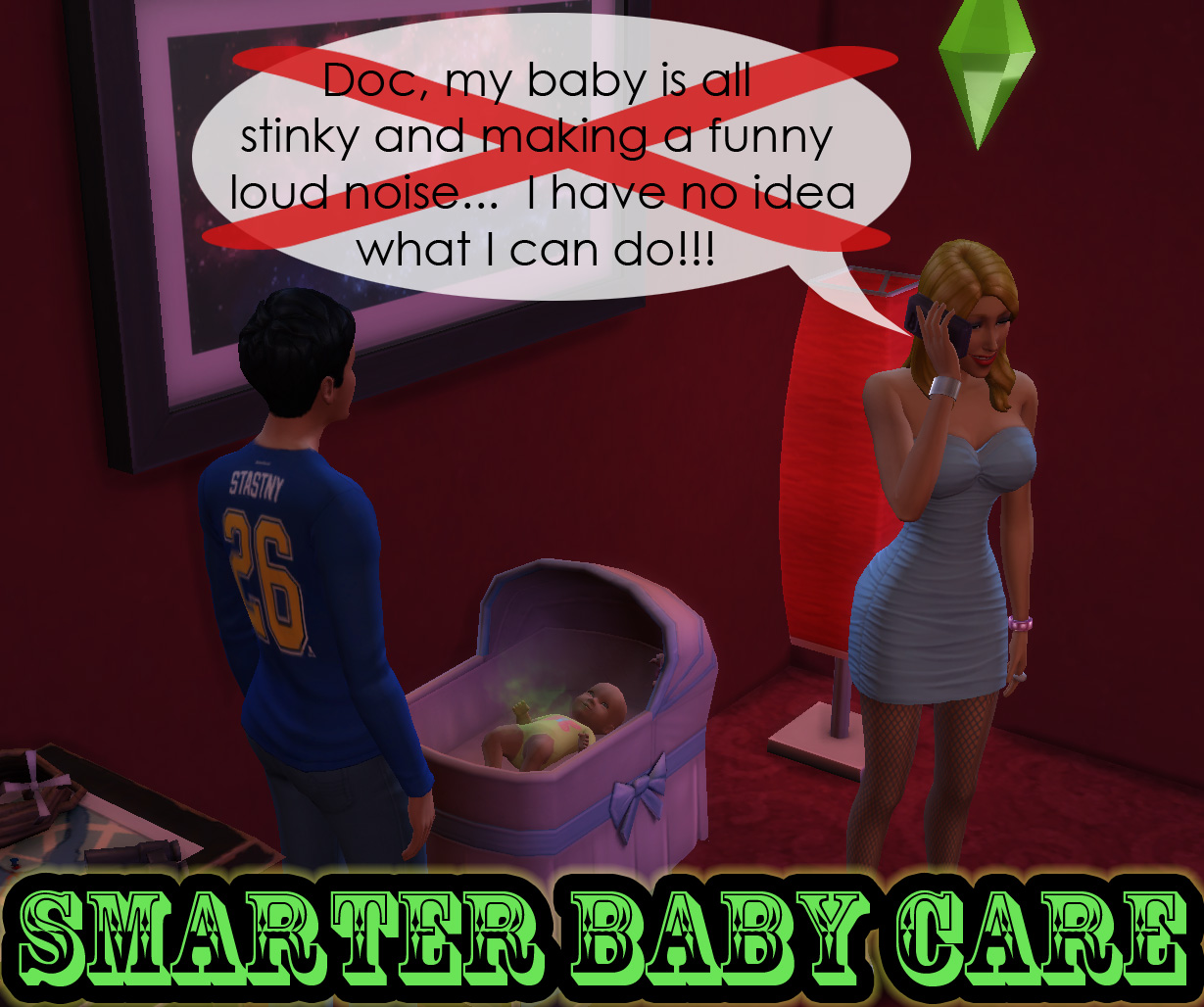 109,308 Downloads 1,926 Thanks  Thanks 725 Favourited 193,217 Views
Picked Upload!   This is a picked upload! It showcases some of the best talent and creativity available on MTS and in the community.

Outdated versions of the mod have been removed and are no longer supported.

Seems like everytime a baby in The Sims 4 needs attention, a child goes to it and starts annoying it while it cries it's little heart out effectively blocking an adult from getting to the baby and doing the right thing. Then, you get the child out of the way and the mother tries to feed the baby, bounce it up and down, talk to it, coo at it, or show it off to the neighbors even though it's obviously soiled it's diaper! I'm surprised they don't try sticking the bottle into the wrong end as stupid as they can be.

Some people like that. I don't, and if you don't either then this mod is for you.

This mod tunes the autonomy of baby care interactions to make sims treat their newborns much more intelligently. Like, WAY more intelligently. Possibly too intelligently for some tastes as, let's face it, in real life sometimes you really don't have any clue why a baby is crying. But this isn't real life, it's a freaking game.

The following changes are made to baby care autonomy:
Installation Instructions

Just unzip the package file to your Mods folder as usual.

This mod may cause conflicts with other mods which change these baby care interactions. Due to the wide variety of mods and sources for them, it is unlikely I will be able to help you with such a conflict.

Additional Credits:
Kuree and all the others at Sims4Group who have put together the S4PE tool
Other Information

Use only one version of the mod. Read the descriptions and be sure you use a version appropriate for your game patch level.