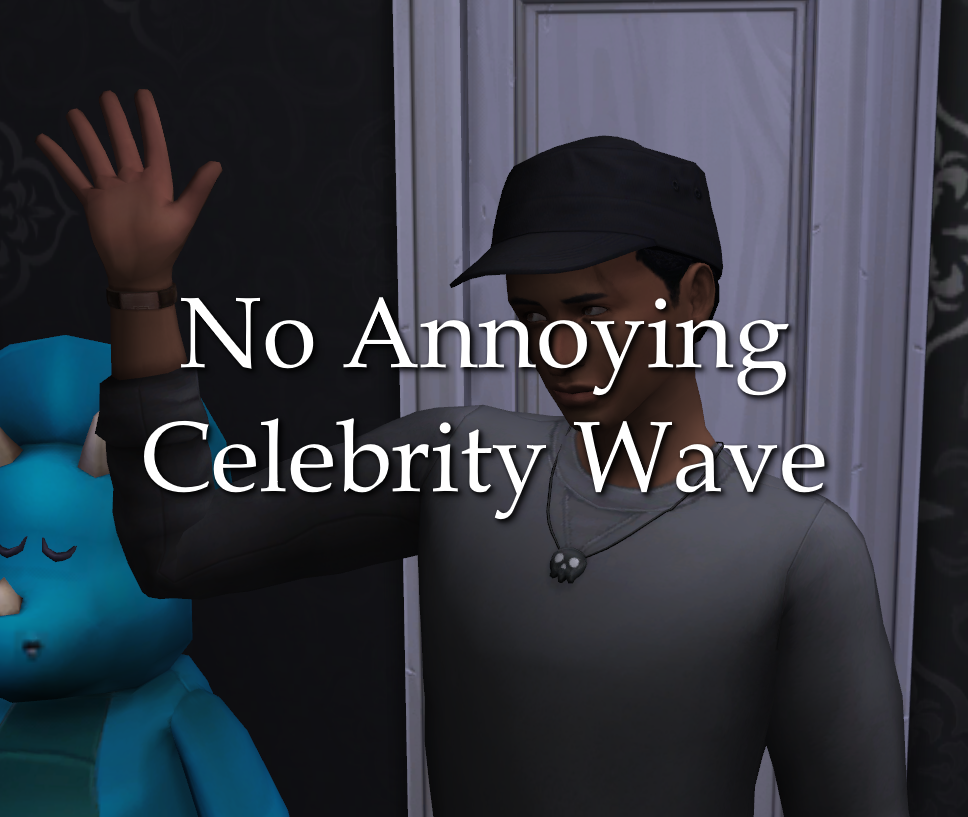 65 Thanks  Thanks     9 Favourited
Please note that this requires Get Famous!

My last legacy challenge was one of all famous heirs. I loved it, but there was one persistent problem that bugged me during the entire 8 months that I played it.
The dreaded celebrity wave.

A Sim gets out of bed: "sul sul," with that stupid wave. A Sim spawns on a lot. "Aw, dag, dag dag," with that infuriating wave that they can't move or talk during. What's worse is that Sims will do this wave when nobody is around. Or even worse, when the only people around are their family members. The picture above is my Simself doing this because my toddler was in the room.

It got to the point where the wave was like nails on a chalkboard and I would reset a Sim as soon as they did it. And so I dug into the code and made this. Sims will never do this stupid wave again.

Technical stuff: the mod does two things to the interaction "paparazzi_Reaction_Positive." The first is that it adds a line to the tuning that turns autonomy for it off. For good measure, I've also blacklisted it from every species in the game, making it so that no Sim, not even ghosts, will perform this interaction. This mod modifies E882D22F!0000001B!000000000002ED99.paparazzi_Reaction_Positive.InteractionTuning.xml and anything else that does so will conflict with it!