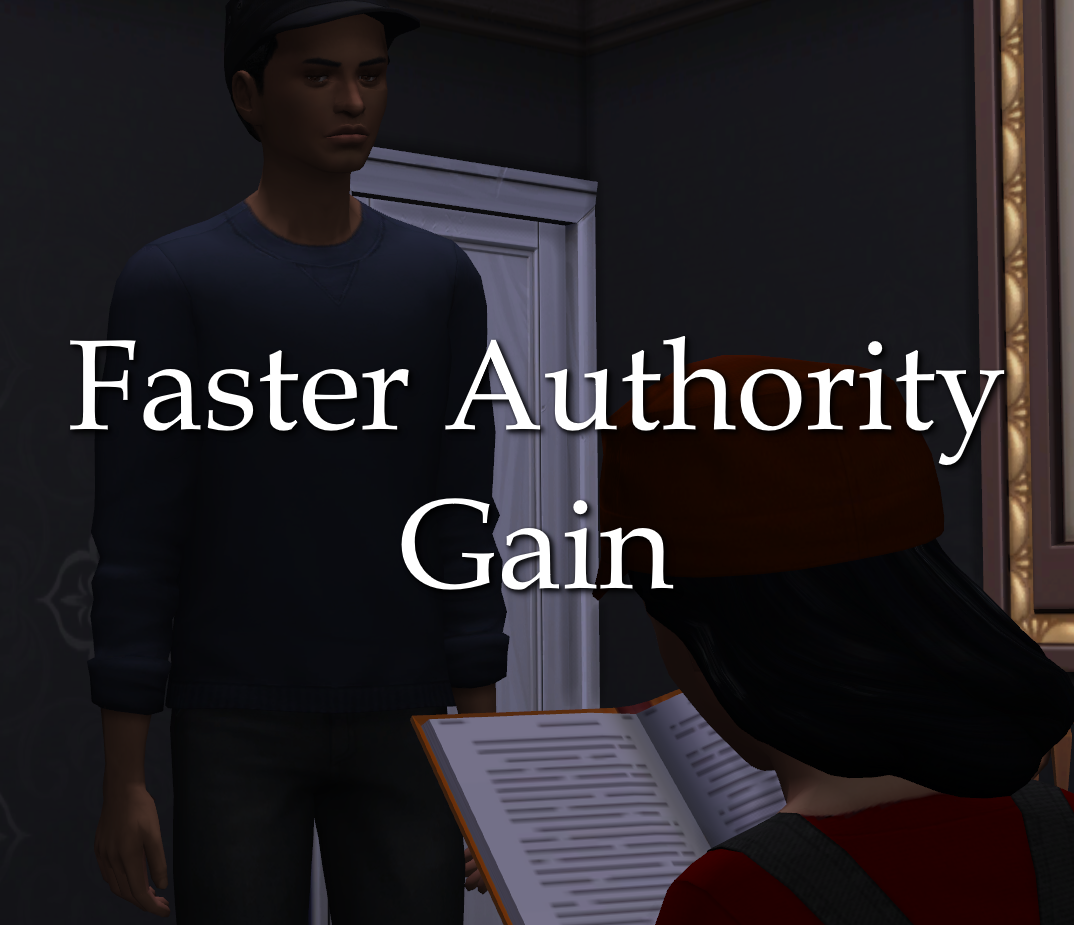 Created by lazarusinashes
View Policy / About Me View all Downloads
Uploaded: 20th May 2021 at 3:22 AM
Please note that this mod requires Parenthood!﻿
This is a simple tuning mod that increases the rate at which parents develop authority over their children, which influences the acquired relationship bit upon aging up.

Technical stuff: what determines the relationship bit you get upon aging up is a unique relationship track that's invisible. A relationship track does exactly what you think it does; it tracks your relationship with another Sim. Your friendship meter is an example, which also influences it, but as far as authority is concerned, it's Authority_Default.

Each Parenthood interaction has loot attached to it (think of it as an outcome; a result). Interactions that have your Sim showing authority, such as punishing dependents, forcing them to do things, and yelling at them, have "Authority Gain" loots, which increases your relationship track by a certain amount.

For example, when I was raising my daughter in Sims (pictured), I forced her to do everything. I grounded her constantly, I was as authoritative as I could be in order to get the "Oh Captain, My Captain" bit. I still got Daddy Dearest. In order to get the bit I was trying to, your Authority needs to be over 90 (possibly 100). It will still work if you're trying to get the "Punishing Parent" bit.

So here's how this mod works: it raises the amount of relationship gained in each loot. There are three versions and the changes are as follows:

I no longer use this site or upload mods on it. My tumblr is the best bet to find updates: https://lazarusinashesmods.tumblr.com/