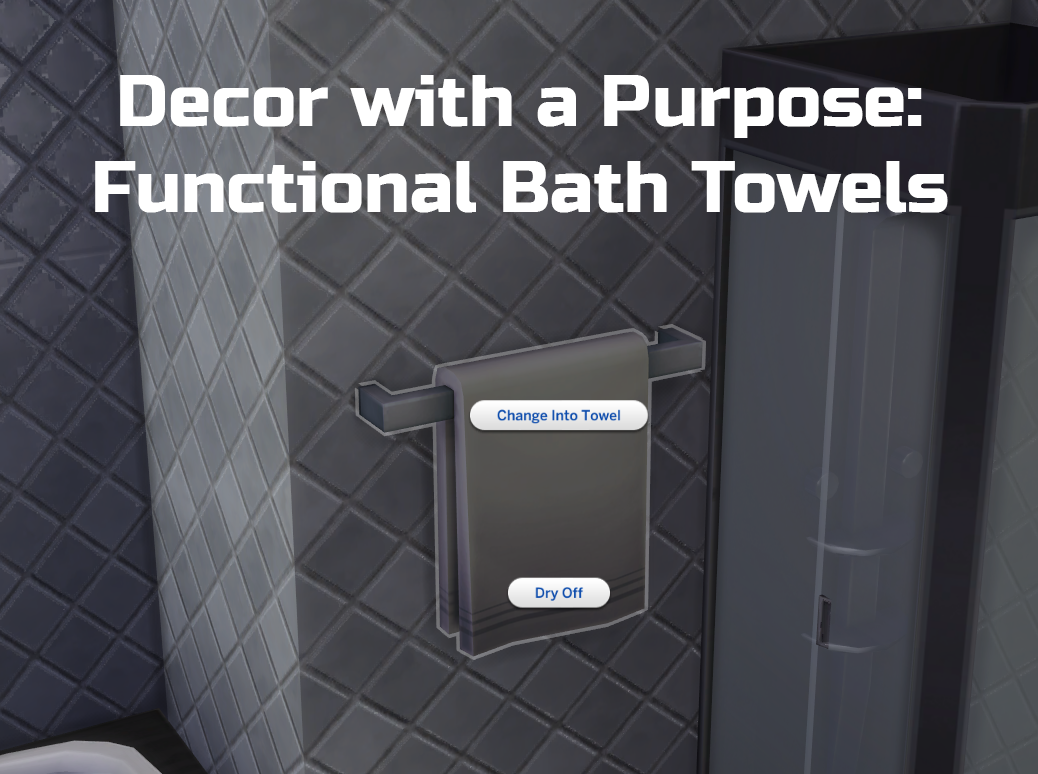 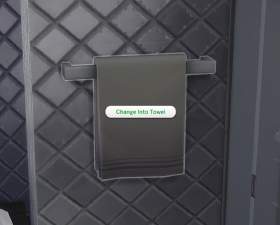 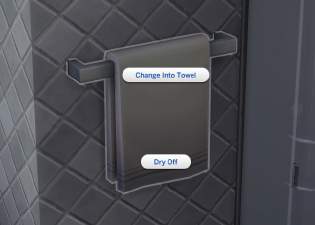 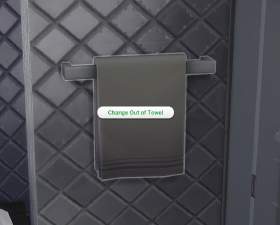 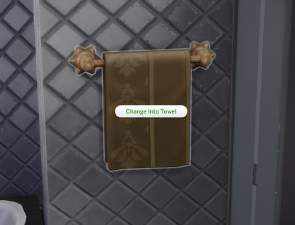 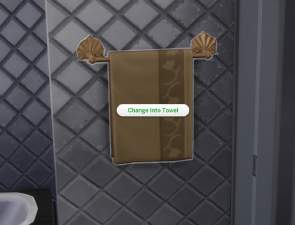 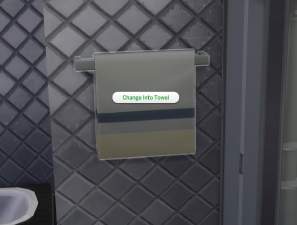 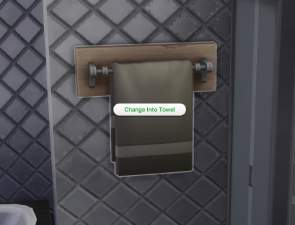 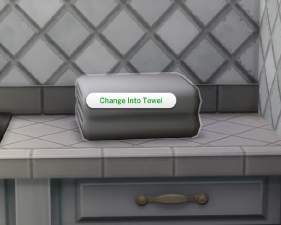 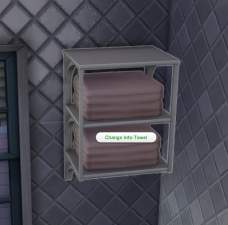 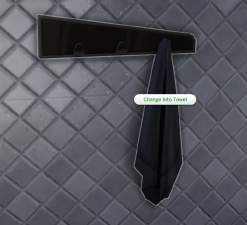 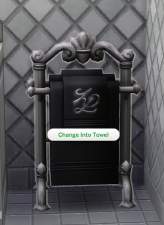 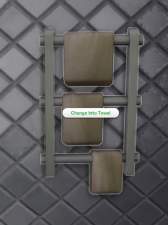 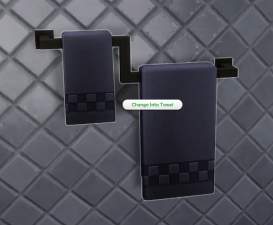 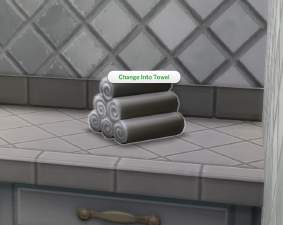 Created by Ilex
View Policy / About Me View all Downloads
Uploaded: 18th Jan 2022 at 1:44 AM
Updated: 10th Jul 2022 at 2:58 PM
ANNOUNCEMENT! I will no longer be posting new mods on MTS! I'll still maintain the ones here with bug fixes and major updates, but all updates and new mods will be posted on my Website and Patreon (link in profile)

With this mod sims can dry off to a few wet uncomfortable moodlets or change into a towel manually. They can also use the hanging one to change out of a towel (which they will also do autonomously if left to their own devices).

These are overrides of EA items given custom tuning and moved to Bathroom Accents if they weren't there already. They shouldn't conflict with anything unless you have something else that happens to modify these objects specifically. In any case, please let me know if you have any problems with it.

For best results use this mod with a Towel After Shower mod such as the ones by LittleMsSam or Scanner. They're not technically required, but it will look nicer. Or try it with SimRealist's HLC mod instead for some slight integration.

It's worth noting that the new strings are in English, French, and Russian only at the moment. I don't speak any other languages nearly well enough to translate them so I welcome any translations that anyone can offer and will credit all translators.

Merged contains all objects in one file. Nice and easy if you have all the packs included and want to minimize your mod files.
ByPack contains a TUNING file and one file per pack. You can pick and choose the packs you have/want.
The Colored Towels addon isn't required and doesn't actually even require the main mod.

– Object Mods : Object Interaction Mods (things that change how sims interact with objects or their environment, like "Multi-owner door" or "sunbathe anywhere")
Back to top

ANNOUNCEMENT! I will no longer be posting new mods on MTS! I'll still maintain the ones here with bug fixes and major updates, but all updates and new mods will be posted on my Website and Patreon

I have a Patreon if you want to donate and support me, but none of my functionality mods are locked behind a paywall.

If you want to test my mods in early access, become a translator, or just join my little community you can join my Discord server. The server is also typically the best way to get in touch with me if you have a question or problem.