by scumbumbo Posted 14th Jun 2015 at 9:16 AM - Updated 1st Mar 2019 at 2:54 AM by scumbumbo : Bug-fixes for Feb 21, 2019 Game Patch
February 06, 2020 - Scumbumbo has passed on but his work and memories are still being kept alive by many of those whose lives he has touched. To download fixes for his mods, please check <a href="https://scumbumbomods.com/">https://scumbumbomods.com/</a> and please direct any questions or concerns to his discord channel linked there. 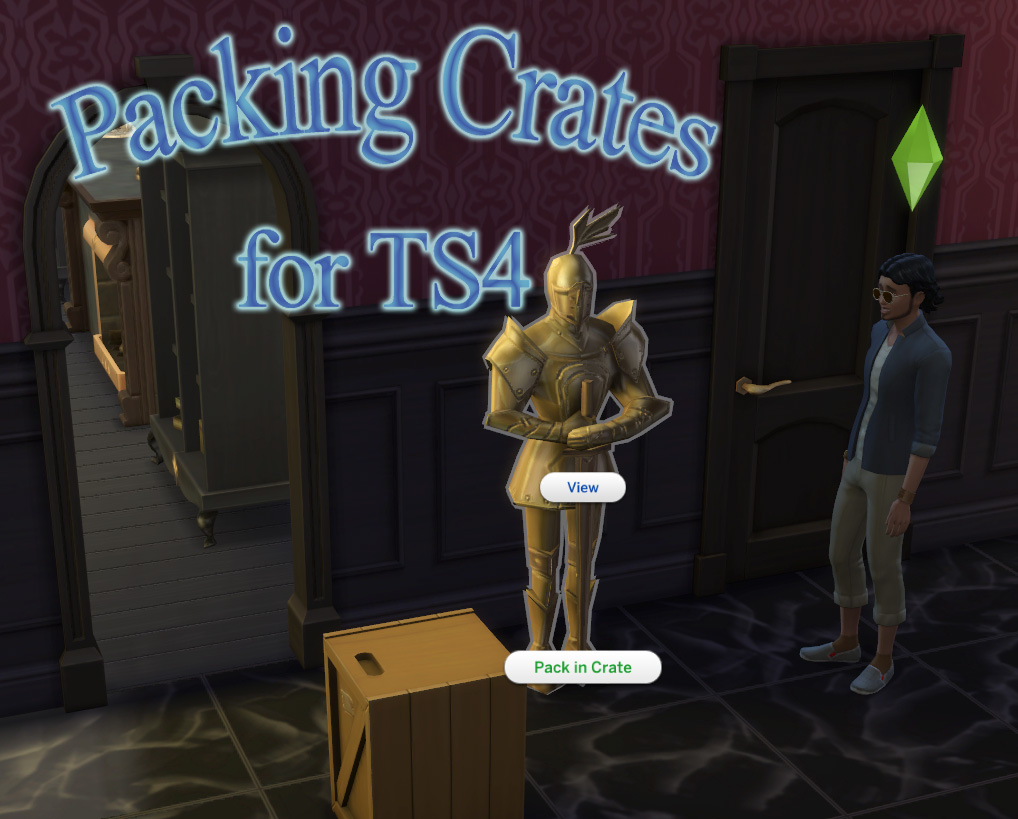 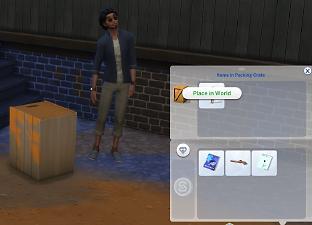 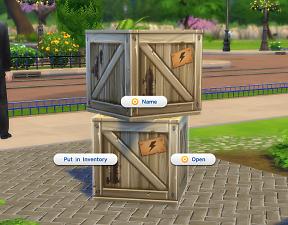 1,361 Thanks  Thanks     603 Favourited
This is a featured upload! It showcases the best talent and creativity available on MTS and in the community.

So one afternoon about three weeks ago, a sim of mine that had grown up to a young-adult wanted to swipe some of his parent's neat household items when he moved out. He asked me if it was possible to move them from one house to another. "No!" I replied, "It simply can't be done!" But he had an interesting idea, "What if you made a box that was big enough to hold a piano, but small enough I could fit in my pocket?"

"Ridiculous!" I said. "Impossible!" I snorted.

He just grinned, "You made lockable doors, most people said that was impossible...."

That sounded like a challenge to me... and I love a good challenge.

After three weeks of work, many failed attempts and dead-ends, and a serious quantity of coffee, I'm ready to unveil Packing Crates for The Sims 4.

This mod adds a "Pack in Crate" menu item to every item in the game (with a few exceptions) that cannot be normally placed in an inventory. Selecting this menu choice will search the lot for a free packing crate and move that item into the crate's inventory. If no packing crate can be located on the lot, the action will be cancelled.

Crates can be purchased from Storage/Miscellaneous in build-buy for 150 simoleons. The crate was cloned from the crate end-table in the game and will also still serve as an end-table if you want.

After packing objects into a crate, the crate itself can be placed into a sim's inventory and carried with them to a new home. Crates can also be left around the lot for use as storage (or end-tables).

To unpack a crate, place it into the world and open it's inventory. Clicking on an item in the crate inventory will result in a "Place in World" menu choice. The object will be placed near the crate (it will always appear on the first floor). If the game cannot find a place for the object (for instance, paintings and other wall-art will not place automatically) then the object will be placed into the household inventory. Notifications will appear if there are any problems.

The menu choices and the ability to store objects in the crates are added dynamically by the script portion of the mod, so this is compatible with custom content objects, and all expansion packs (even new unreleased ones).

Warning! - It should be noted that if you remove the mod, any items that are stored in crates will disappear along with the crates themselves! You may want to make sure you unpack all crates on all lots prior to removing the mod.

There is one bug that I have been unable to figure out, but it's not a game changer. The code has been written to take great care with your objects and not lose them in a move.

When a crate is placed in the sim's inventory, and then the sim moves to another lot or the game is saved/reloaded with that crate in their inventory, when opening the crate it will show all the objects in it as being a stack of two. This is an interface glitch only, there is only one copy of the object in the crate and it will unpack normally. However, after unpacking one copy of the object will appear to still be in the crate's inventory. It's not really there! If you click on the crate version of the object, the menu will appear as if you clicked the actual object, which is confusing but I can live with it. The remaining ghost object will go away the next time the game is saved and reloaded.

Ghost items that have not yet been unpacked will also straighten themselves out if the crate is placed back on the lot and the game saved/reloaded.

Weird... but it doesn't really hurt anything. I'm not sure if the problem is fixable without changing the game's user interface code which is not very accessible.

This mod uses the ts4script file format for the script portion of the mod and cannot be installed automatically with a mod manager (until a mod manager is updated to support these files). To install the mod manually, extract both the package and ts4script files from the download into your mods folder.

Nobody's bought me a Mac yet, so until I hear from someone who tries it out, I can only assume it will work on a Mac. I don't know of any reason why it wouldn't work.

The mod modifies one of the game scripts in ways that may not be compatible with other mods, but that would be their fault, not mine!

Need more information?
Back to download view
318 Comments / Replies (Who?)