Default replacements for the "Romantic" bathtub and sink from K & B 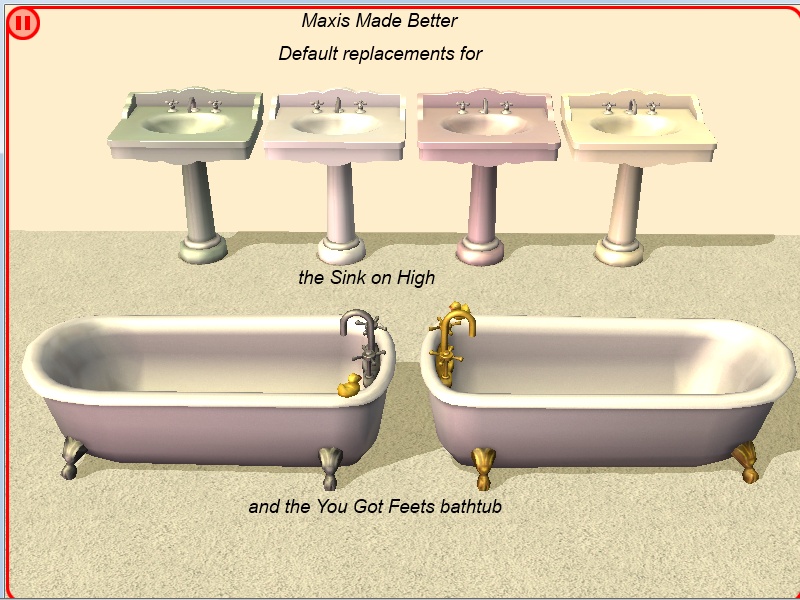 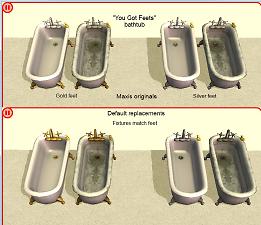 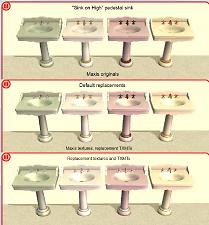 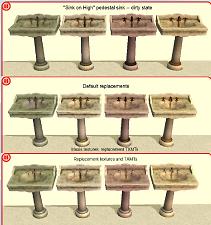 1,997 Downloads 76 Thanks  Thanks 7 Favourited 6,239 Views
Created by dharden
View all Downloads
Uploaded: 9th Mar 2016 at 8:10 PM
Updated: 26th Jan 2019 at 3:37 AM - Add info about use with HL's CEP-Extra
These are default replacements for the "You Got Feets" bathtub and the "Sink on High" pedestal sink from the Kitchen & Bath stuff pack. They use the white bathtub recolors and the mint, sand, petal, and white sink recolors that Michelle made as part of this set. These recolors don't make large changes to the Maxis objects, but I think they definitely improve on them.

The replacements are in separate rar files, and all resources are compressed with SimPE. Since they replace objects in the Kitchen & Bath stuff pack, Kitchen & Bath Stuff is required for them to work.

The replacement textures for the "You Got Feets" tub give the silver-footed and gold-footed versions matching silver and gold fixtures. This struck me as something Maxis probably should have done from the start, if only because it makes the three Maxis tubs a bit more distinct from one another. You will need to use Ctrl-right click to refresh the thumbnails or allow the game to regenerate ObjectThumbnails.package for this to show in the Buy Mode preview.

Replacing the "Sink on High" is a bit more complex because most of the the changes to the Maxis sinks' appearance were made by editing the TXMT values; they've been edited so they match the "You Got Feets" tub rather than the "Olde Tyme Toilette". Anyway, there are two options for this replacement; a full replacement, which replaces both the Maxis textures and TXMTs, and a package that just replaces the TXMTs. The difference between the two is that using the full replacement gives all the Maxis sinks chrome fixtures, while using the TXMT-only replacement gives them somewhat modified versions of the Maxis fixtures. Click the button to see both effects. 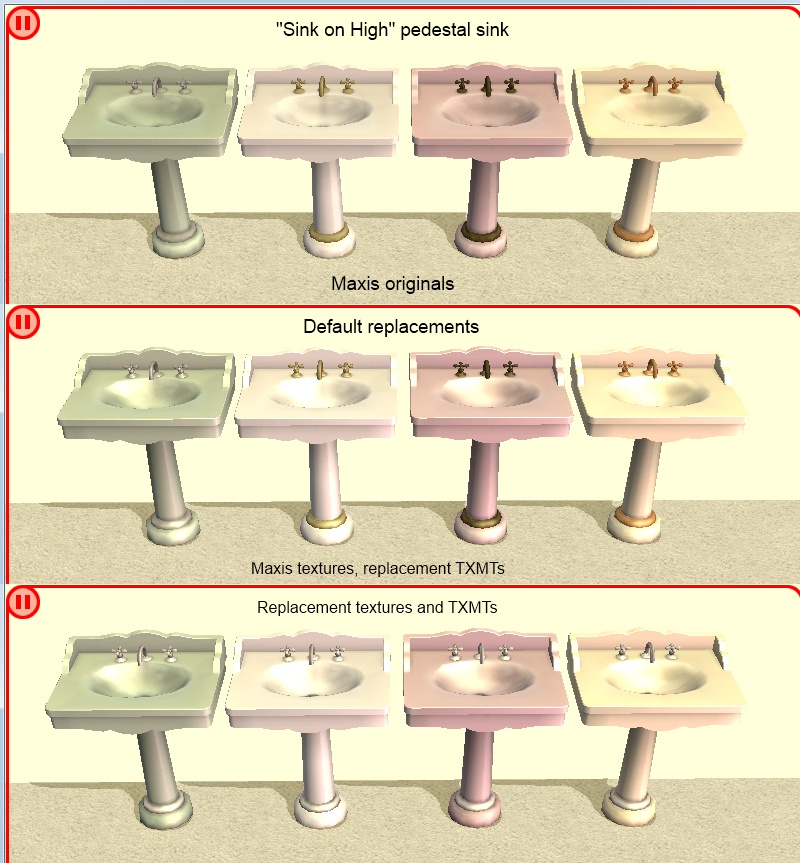 In addition to making the fixtures separately recolorable, the CEP-Extra for the "You Got Feets" tub is a texture replacement for the silver-footed and gold-footed tubs. By default, HL's replacement textures will override mine, but this should only affect the appearance of the clean gold fixtures; HL's textures make them a bit less shiny. If you really want to use these replacement textures with the CEP-Extra, you can place dharden_DEFAULT_YouGotFeetsBathtub.package in \Documents\EA Games\The Sims 2\zCEP-EXTRA, and edit the filename so that it loads after HL's CEP-Extra, but there's no reason to do that unless you really want to use, or keep, the shinier gold fixtures.


Additional Credits:
Maxis, for the meshes and original textures
Michelle for making the originals better.
Other Information